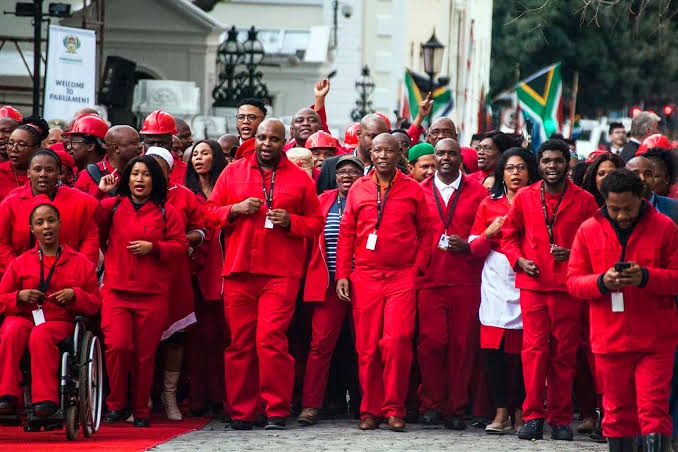 Since the birth of the EFF, South African politics have never been the same ever since.

These are truly fighter in all essence and in all meaning of what a fighter is.

They have worked as a people’s champion on racial issues as much as they have been a disruptive force.

Without the EFF in politics, incompetence in government would once more become veiled.

Without the EFF in politics, many people would have their issues muted.

It is a fact that there is no other party which would literally tackle an issue of that old woman in the most deserted place in the country.

The EFF have won some people’s hearts as they have been the first to physically visit people who have raised complaints.

Without the EFF, parliament would definitely go back to sleep during sitting such as the SONA.

As much as they can be a disruptive force in parliament, they are fighters in society.

I Wanted To Wife Her But This Stopped Me (read chats)