We know that that the ANC is is divided. There are those who are anti Ramaphosa and most of them are from the RET forces. We know that Andile Lungisa is one of those people who are in the RET forces and most of the time they critisize what the president is doing and they blame him for most of the things that they think are going wrong, especially for those leaders like Ace Magashule, Former president Jacob Zuma, Supra Mahumapelo and others. 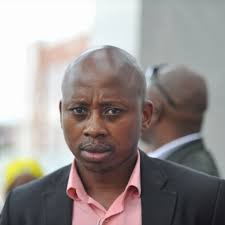 We also know that many of them have been confused about whether they should vote for the ANC or not this time around since the arrest of the former president Jacob Zuma. President Cyril has been going out to communities trying to convince people to vote for the ANC and all of the sudden, we see that Andile Lungisa is actually rooting for the president saying that the ANC will take it from the DA.

"President Ramaphosa well received at ward 40 the ANC is going to win this from the DA. Young candidate Cde Nonkie will a Cllr come November 1" 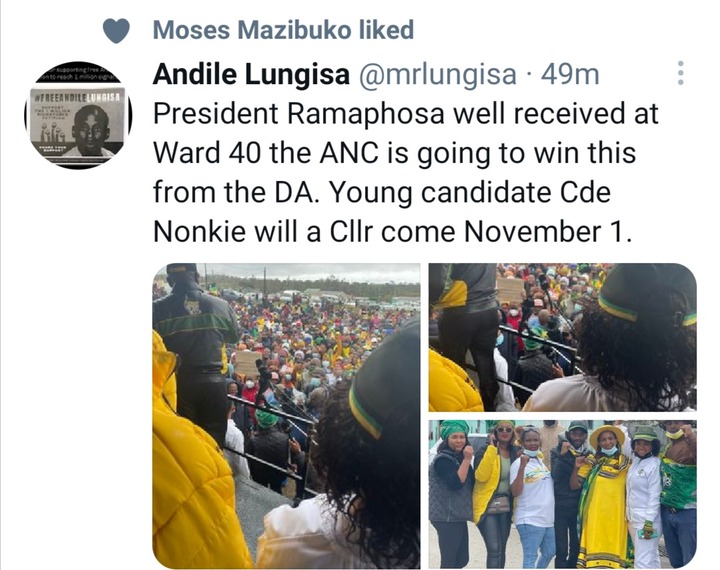 Andile Lungisa can see that the Ramaphosa's train is moving and he does not want to be left out. Some people are even thinking that Andile Lungisa's account has been hacked because this does not sound like him at all. 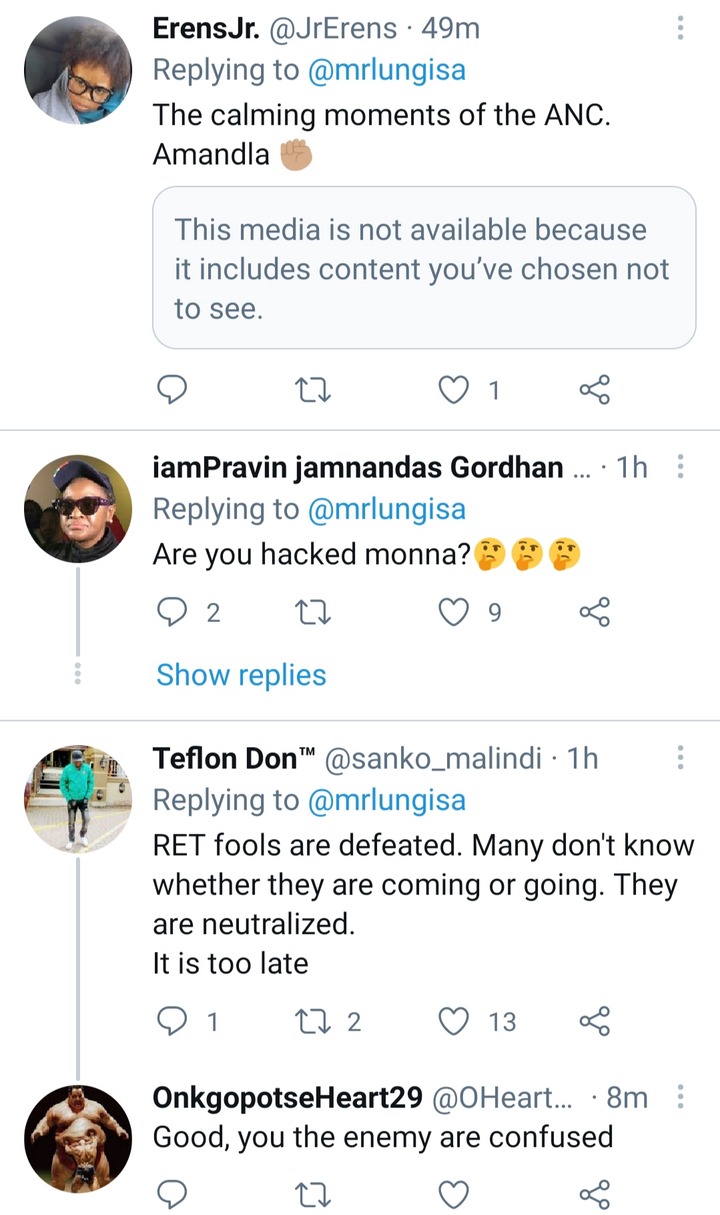 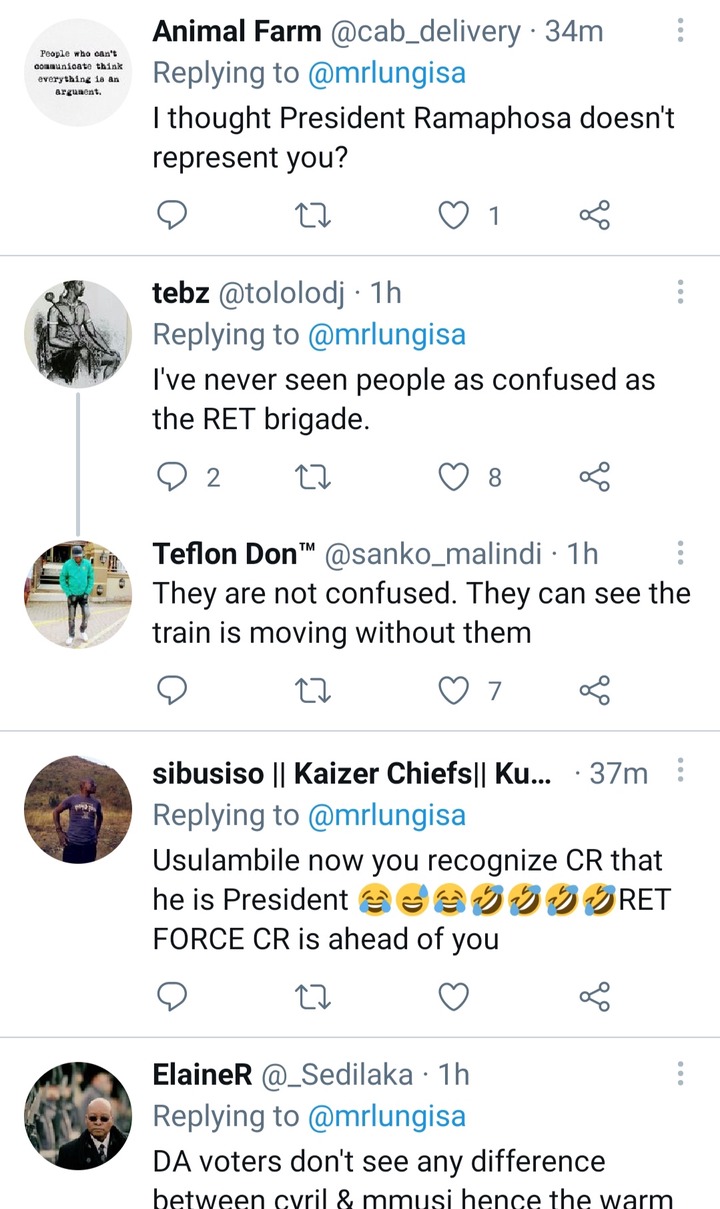 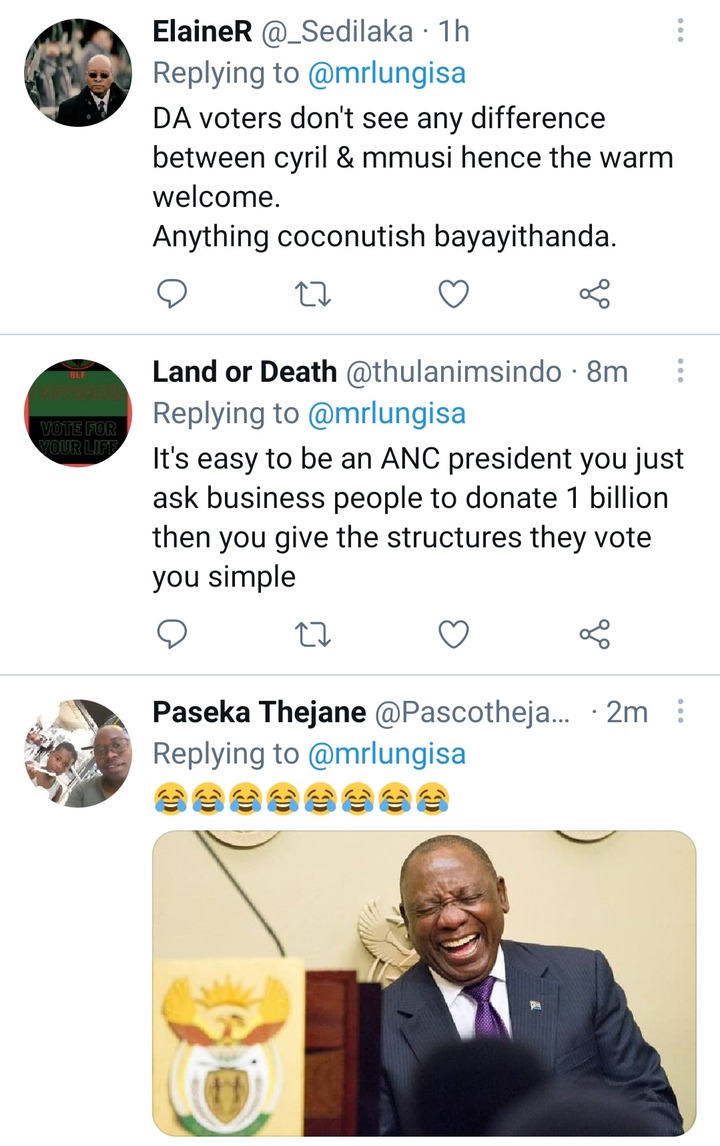