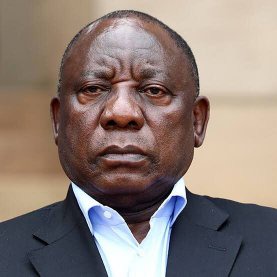 In February, the African Transformative Movement(ATM) brought the motion against Ramaphosa. The ATM did so on the basis that it is certain that Ramaphosa has misled Parliament on load-shedding, mismanaged the economy and allowed corruption, unemployment and the waste of state resources at parastatals to escalate on his watch. The application by the opposition party to force the then Speaker of Parliament, Thandi Modise to call a secret ballot on the first motion of no confidence against President Cyril Ramaphosa, was dismissed by the Western Cape High Court.

The matter was escalated to the Supreme Court of Appeal. According to Eye Witness News, the Supreme Court upholds African Transformation Movement's appeal re secret ballot for motion of no confidence debate in Pres Cyril Ramaphosa. The current Speaker, Nosiviwe Mapisa-Nqakula will have to make a fresh decision on whether voting should be open or by secret ballot when the motion is debated. Speaker has also been instructed to pay costs of ATM appeal including for two counsel GD. 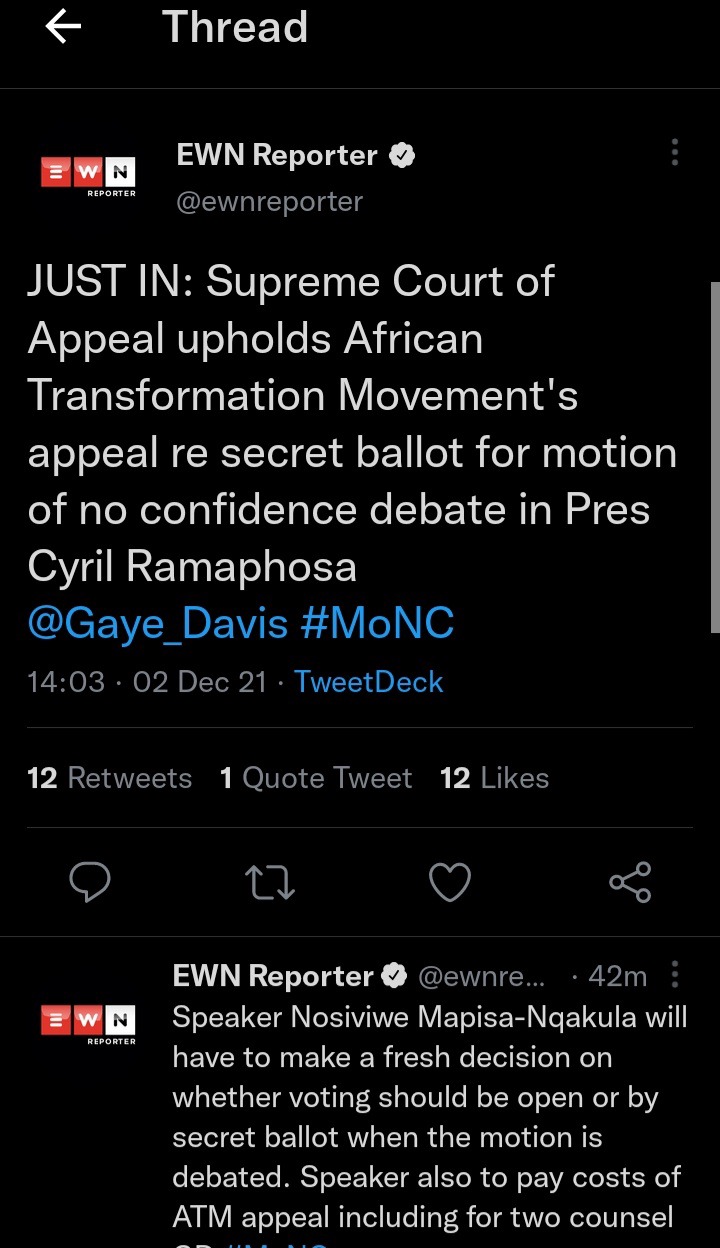 Meanwhile, #RamaphosaMustGo is currently making waves on Twitter. According to public opinion, it's now or never! "The whole country is in a mess because of Ramaphosa. We are in stage 10 of loadshedding because of him," some say. Some of the reasons stated by the public under #RamaphosaMustGo are that he is presiding over the most corrupt administration since 1994, he only acts against those who didn’t support his presidency, he’s afraid to fire eskom ceo and if he was fair and in charge Zizi Kodwa,Mbalula,Gwede and Zweli would be chargerd by now.(Source:https://twitter.com/azania1023/status/1458128704408887297?t=wXZZZqccEKX4iNBNBpqKtQ&s=19) 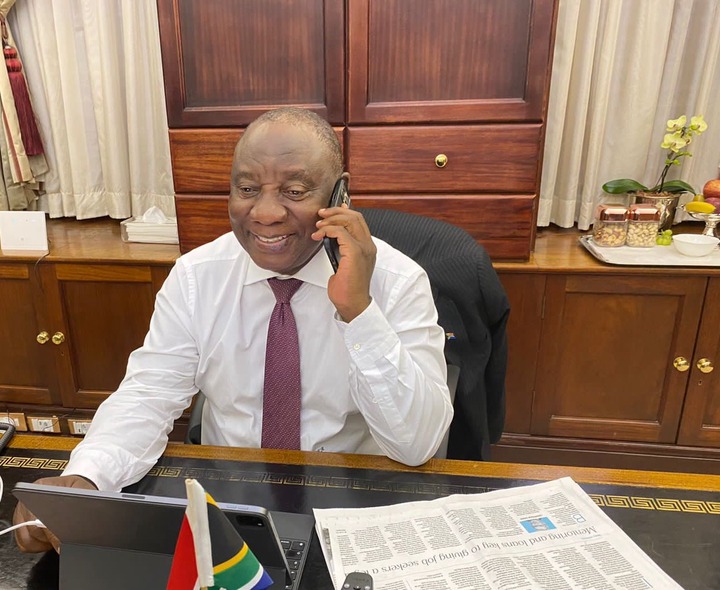 According to public opinion, Cyril Ramaphosa has been the country’s worst President. Some admit that Zuma was the "uber crook and wrecking ball" but Cyril’s inaction and indecisiveness has plunged the country into free fall. What are your thoughts? Will the motion of no confidence debate yield results and finally see Ramaphosa dethroned? 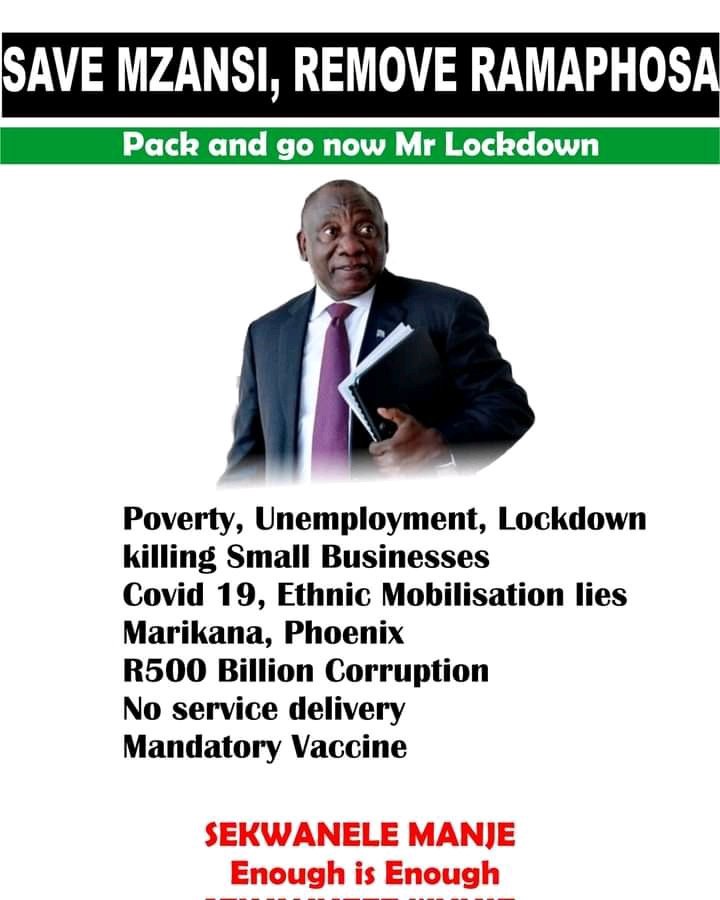