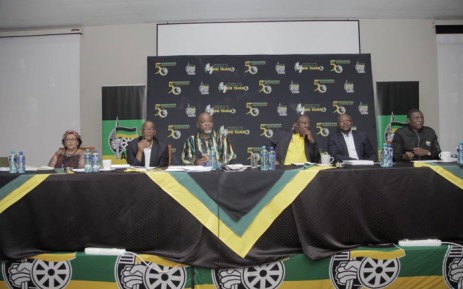 JOHANNESBURG - While it appears to be that African National Congress (ANC) president Cyril Ramaphosa and public leader advisory group part Lindiwe Sisulu host started off their lobbies for gathering administration, experts said that the race for the subsequent position was additionally warming up.

They said that the missions were coming to fruition after Ramaphosa's large appearance during the ANC's 110th birthday celebration and Sisulu's new spate of open letters assaulting the nation's Constitution and legal executive.

During the ANC's Limpopo January 8 festivals, pioneers like Paul Mashatile and Ronald Lamola communicated some astuteness to fill in as the ANC's number 2, while exchanges and crusading at nearby level was well in progress.

In any case, a few intellectuals have as of now discounted the eagerly awaited ANC elective gathering set for December, saying that it at this point not made a difference who sets up their hands to lead.

Unisa's Professor Lesiba Teffo said that the ANC's races ought to be centered around meritocracy.

"There isn't anything that they can in any case offer nor are they equipped for sitting together in all straightforwardness and genuineness to say as a group 'what would we be able to offer this country?' since when you attempt to raise that, there are now others conveyed to run you down, to close you down for the sake of factional governmental issues," Teffo said.

In the interim, Nelson Mandela University's Ongama Mtinka said that the ANC kept on attempting to stay quiet about battling.

"It is a tight culture under that created under an unexpected setting in comparison to it does a cutting edge party in a popularity based climate. It ought to have some time in the past changed cycles of lobbying for office and permitted them to be in the open," Mtinka said.