The EFF’s 28-year-old Naledi Chirwa called Cyril Ramaphosa a ‘weak little boy’ and it has how caused mixed reactions in Twitter were its now dividing otwott. This comes after the Presidency posted a Tweet to make a comment of Monday. President Cyril Ramaphosa is fighting corruption in country that is currently killing the country.

With caption: “We need to protect our Constitution, our democratic state and the electoral process from anyone who wants to weaken our democracy and deny the South African people of their hard-won freedoml”. He wrote.. 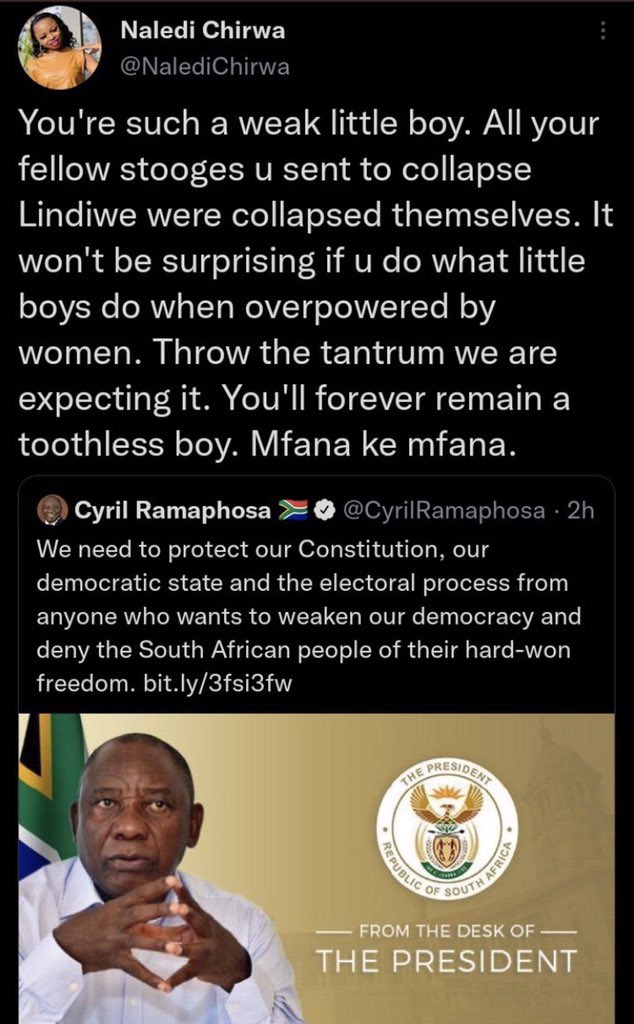 The lady find herself trending in twitter where South Africans have blamed her while some support her statement. Zuptoids are hurt that SAns have come out to defend the President of the RSA against insults hurled at him unjustly by a Malawian immigrant, they wish people had defended Zupta who got insulted for his own actions. 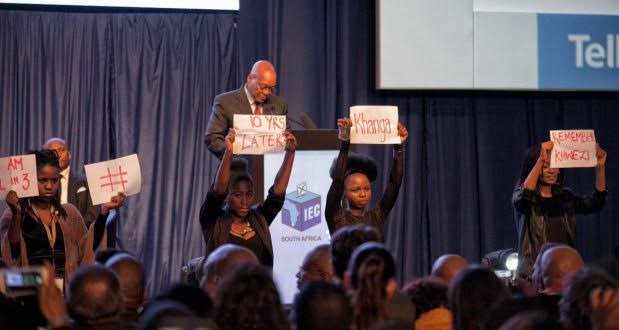 Many fans in twitter has been calling Ramaphosa to take actions against her for insulting him in social media. Naked Chirwa in her own words. She gets joy from her Malawian President while insulting ours. Maybe it's time she goes home and be joyous. Imagine a South African saying this to a Nigerian President in Nigeria. A Malawian calls our president a “weak little boy” and we are okay with it? According to tweeter Naledi’ father is a Malawian and her mother is a Mozambican, she’s therefore a foreigner.

What Naledi Chirwa is doing is unacceptable and wrong, a foreigner insulting our State President has nothing to do with ANC Factions / how many times she has done it to uMsholozi, she will never Insult Lazarus Chakwera / Zim father president Ed Mnangagwa . 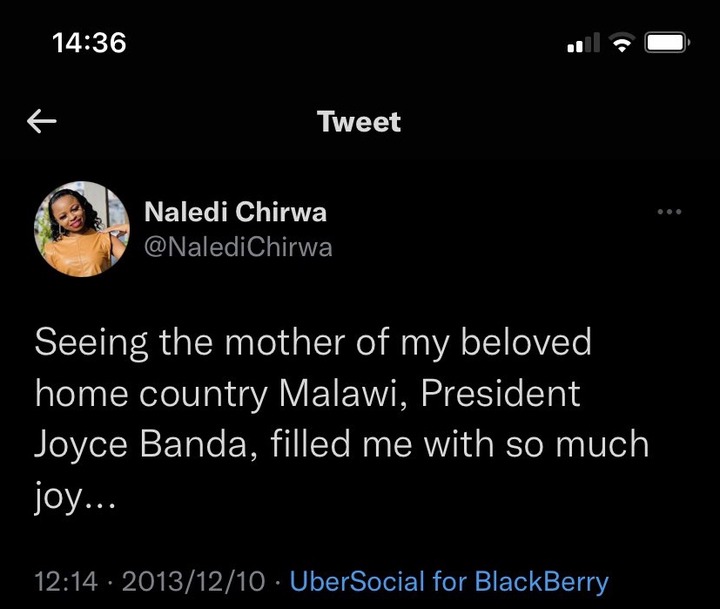 I'm not a fan of Ramaphosa. However, he is still my president and I will not standby while he attacked by an outsider. Foreigners are getting too comfortable in SA and drastic action is needed. This Malawian needs to go ASAP, Naledi voetsek back to Malawi.