It looks like the Nkandla house is not done with Mzansi. Another President may come out of the Zuma household, if things go according to plan. 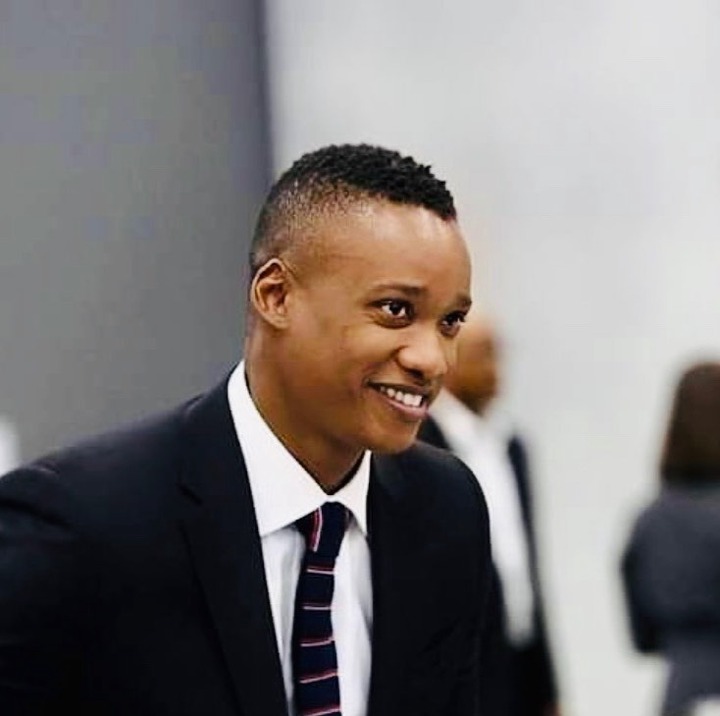 The son of former President Jacob Zuma, Duduzane Zuma says the ANC's leadership needs a face-lift. Duduzane says he has intentions to run for President come 2024. Duduzane was speaking during an exclusive interview on Power FM where he alluded that a fresh take on politics is needed in the ANC. The controversial Duduzane says he believes he can take South Africa further. 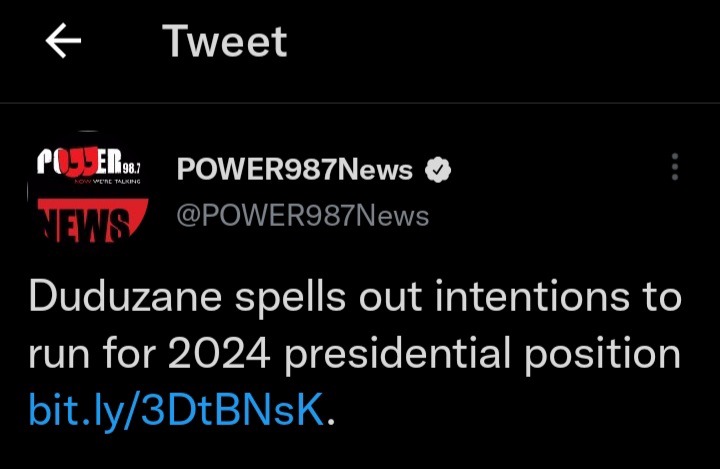 Duduzane is adamant that he has something to offer and there is something that he can do in game changing contribution. “It is just taking politics from an old man and woman’s game and changing it to a young man and woman’s game,” he said. said. He added that as much as he believes in the ruling party's policies, players on the field need to be changed. "We are living in the 21st century, we can’t be deploying tactics that were deployed in the 1976 or 1994," Duduzane said.

The ambitious son of Zuma says that for the current ANC leadership is done. The country needs fresh and younger, new perspectives, he added.

But several South Africans are not happy with Duduzane's intentions. They say they are done with the Zuma family. "We don't mind voting for a youth president but not the one with Zuma surname. Let him try the minister position," a Twitter user remarked. What makes him presidential material besides the fact he carries the surname of his corrupt father, some say. 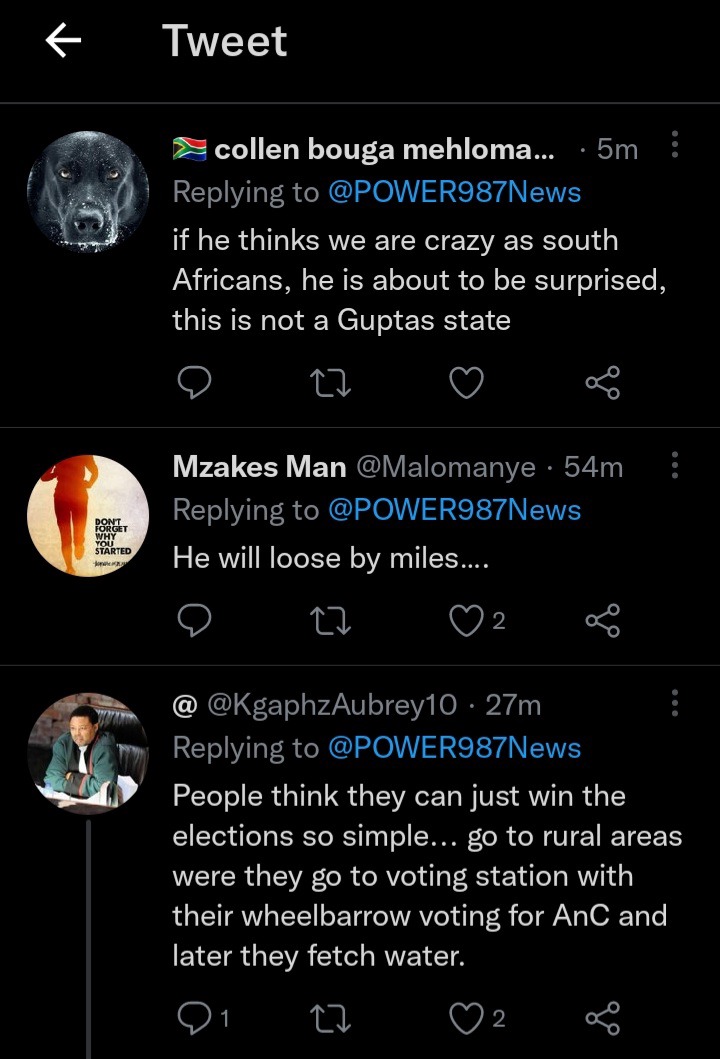 It looks like the RET has got four incoming Presidents for 2024. Ace Magashule, Duduzane Zuma, Zweli Mkhize and Lindiwe Sisulu. Nkosazana Dlamini-Zuma looks interested too. It's going to be an interesting thing to watch.

Meanwhile, the EFF's Cameroon Peter's says Duduzane must stick to going viral for walking, and leave this president "nonsense" behind. "This country is not a Zuma family board game," Peter's said. 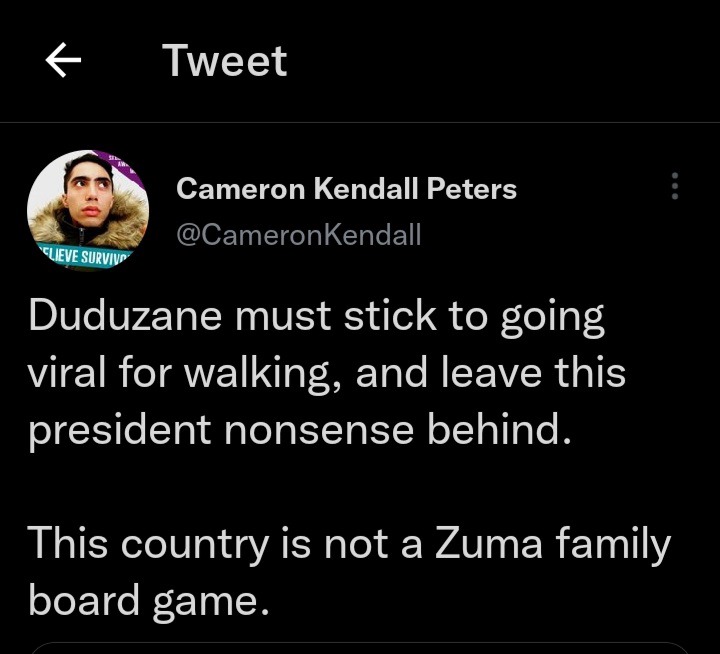 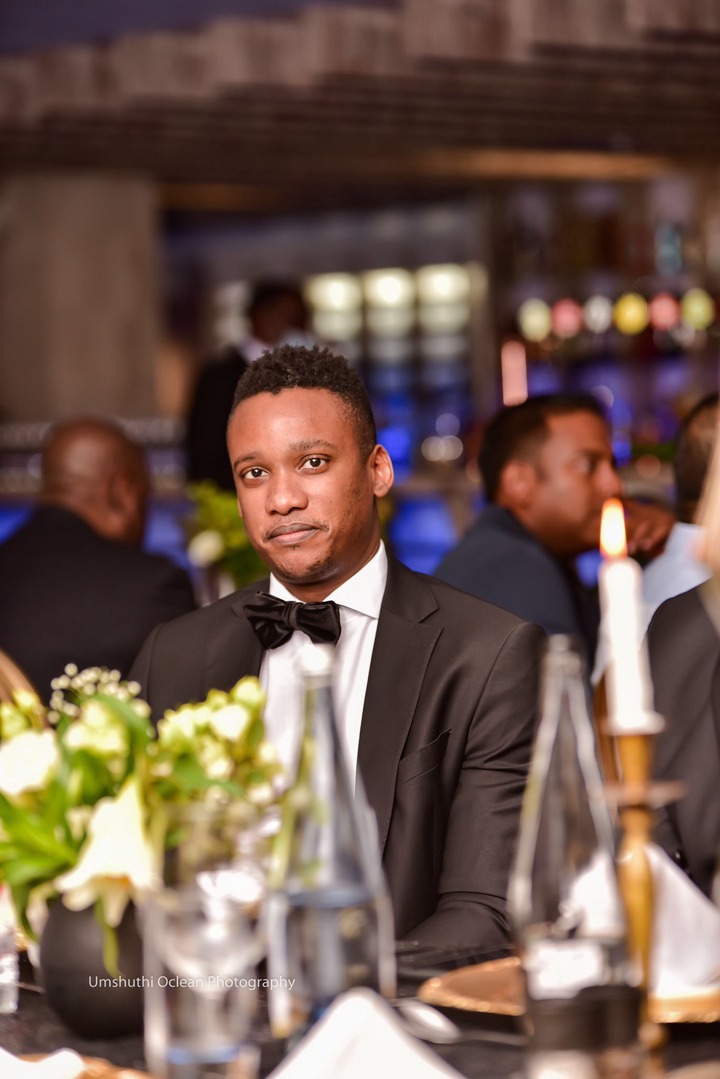