Alleged Parliament arsonist Zandile Mafe spent nearly 30 hours inside the National Key Point, setting off dozens of alarms as he made his way through various parts of the building before setting fire to a pile of boxes nearly 26 hours after he first gained entry. This was while two police officers on duty in a nearby control room noticed nothing at the time he entered Parliament - one was caught on camera sleeping, while the other had headphones on.

A separate source with knowledge of the events, that Mafe also made a call to police while in the building, apparently indicating his intention to start the fire if Janusz Walus, the convicted killer of anti-apartheid activist Chris Hani, was not released from prison.

Firefighters battled for more than two days to bring the blaze under control which gutted large parts of the new National Assembly building. An initial report by City of Cape Town firefighters found numerous issues which contributed to the devastation of the fire, including that fire doors were latched open, allowing the fire to spread unchecked. 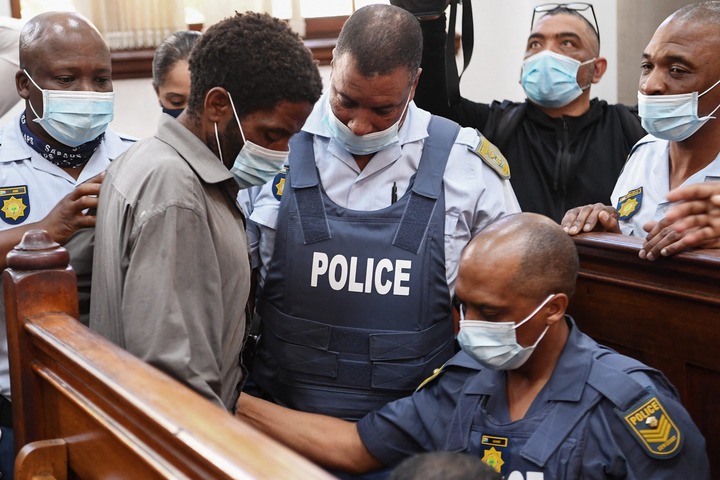 Damage to the structure had been estimated at nearly R1 billion by the architect of the National Assembly building, Jack van der Lecq. It was understood that the two officers on duty at the time Mafe crept into Parliament at around midnight on New Year's Eve, were facing internal disciplinary action.

"We won't be commenting on any issues pertaining to [the] investigation," she said on Thursday, after seeing a list of detailed questions. "However, the DPCI shall leave no stone unturned in unearthing the truth."

Meanwhile, the police source confirmed that Mafe was seen on the footage making several telephone calls while inside Parliament, but said they were unaware that he had phoned police. His cellphone was seized and would undergo forensic analysis to determine who he had called.

News24 understands that Mafe entered the building at around midnight on New Years Eve, and spent the entire New Year's Day inside Parliament, alternatively "leopard crawling" to avoid detection, or holding a jacket over his head to avoid being seen on certain cameras.

The police official said that his movement had convinced some officers that he had received training at one point and displayed knowledge of some camera placements inside the building.

According to the official, Mafe started a fire at around 02:00 on the morning of 2 January in full view of CCTV cameras inside Parliament. Mafe allegedly piled boxes and newspapers on top of one another and lit them on fire. 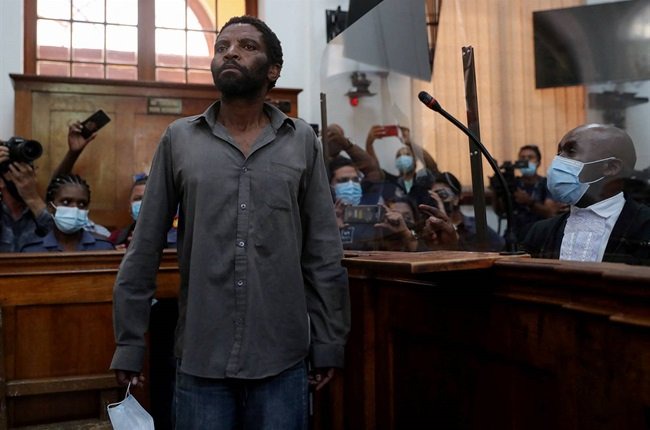 The footage had not been released and it was expected that more details of Mafe's movements would emerge during court proceedings. He was expected in court for a bail application on Saturday, however, a positive Covid-19 test on 14 January may mean that proceedings may have to be postponed.

According to the police official, Mafe set off "dozens" of alarms as he moved - entering offices and pilfering personal items which he later placed in bags and lowered from a window with a makeshift rope he had fashioned from strips of the curtain he had cut.

Mafe was arrested at 06:20. It was understood that the footage showed Mafe "leaning with the upper half of his body" out of a window, calling police to his location. He was however, ignored, and was only arrested when detectives arrived on scene.

"This guy waited to be caught. He could have run away. He refused to. If you watch that footage, you will be shocked. He was literally begging them to take him."

"It’s an embarrassment for police," they said, adding that he was arrested in possession of bags filled with stolen items.

"It's a mind f**k. When you watch the footage, I tell you, you will be shocked," they added.

Police had also seized his cellphone and it was believed an analysis of the phone was underway. This would - in the normal course - entail creating an evidentiary "image" of the phone and all its contents and issuing a subpoena to his mobile network operator for a record of his calls, as well as his movements. 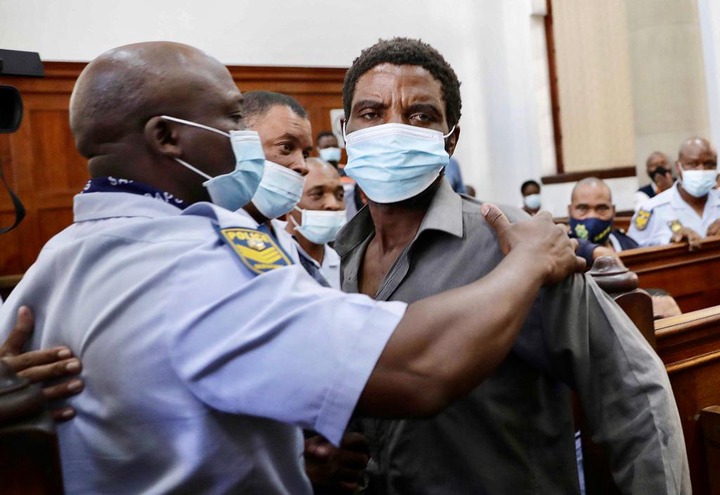 Mafe, who had made several appearances in court, had been branded a scapegoat by his defence team, consisting of attorney Luvuyo Godla and advocate Dali Mpofu. He is facing charges of theft, arson and housebreaking with the intent to commit terrorism and arson.

According to the charge sheet, Mafe was accused of stealing cutlery, a kettle, a toaster and laptop bags as well as shoes and clothing.

However, Mafe had vehemently denied that he was mentally unfit.

"See" What Hawks Impostor Accused After Extortion Denied Bail, It Will Leave You With Disbelief.

Look What They Did To Twelve Zimbabweans Who Were Nabbed Because Of This? It Will Leave You In Anger

Judge who handed down judgement to Send Zuma to prison shares how she felt that morning. She speaks