While the political discourse in South Africa is still somewhat centered around Lindiwe Sisulu, a former South African Minister of finance and a former Governor of South African reserve bank Tito Mboweni has rather taken to Twitter to pose a staggering question to the secretary general of South African Communist Party Blade Nzimande. 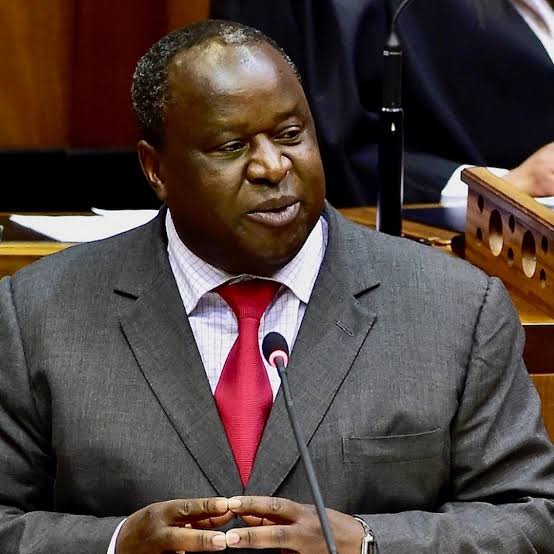 Before posing his question, Tito Mboweni cautioned Blade Nzimande not to tell anyone about his question to him. In order for readers to understand the question which will be quoted shortly, they must take into account that the SACP ( South African Communist Party) has been part and parcel of South African politics for many years now. And during the Apartheid struggle, the party also played significant role.

In the meanwhile, Tito Mboweni has asked the secretary general of SACP if the party understand and appreciate the Structural Economic Reforms.

There are many interpretations of what is meant by Structural Economic Reforms. However, in layman's term, structural economic reforms are essentially measures that change the fabric of an economy, the institutional and regulatory framework in which businesses and people operate. They are designed to ensure the economy is fit and better able to realise its growth potential in a balanced way.

Below is how Tito Mboweni structured his staggering question to the SACP secretary general:

"Just between us, Comrade Blade Nzimande, don’t tell anybody about this. Does the South African Communist Party understand, appreciates, supports Structural Economic Reforms? Just a question! No twar. Between us.. You know!" 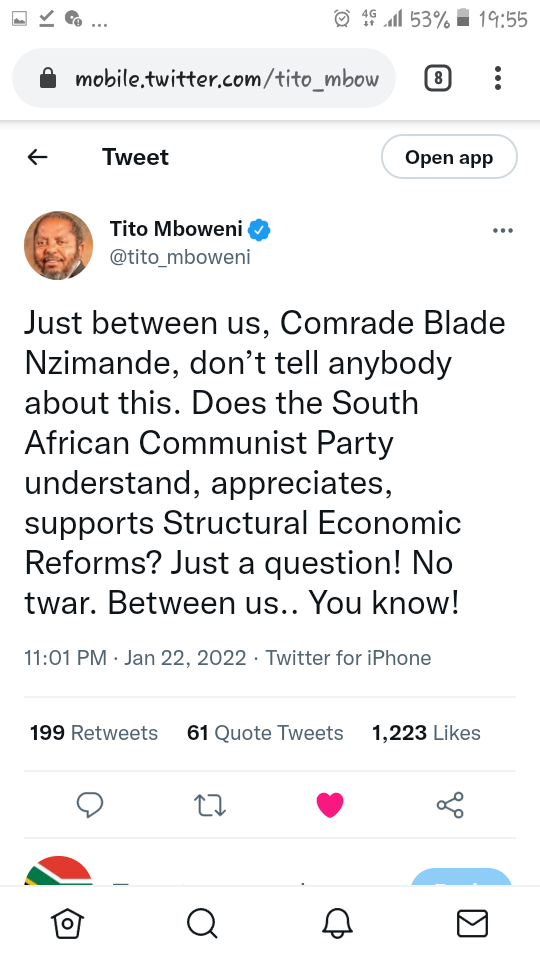