ANC Division Is Caused By Corruption, Positions and The Arrest Of Jacob Zuma” -Ramaphosa

By Belovedson (self media writer) | 15 days ago

President Cyril Ramaphosa has stated that the ANC is at its weakest and most vulnerable stage since the beginning of South Africa's democracy.

The skepticism, hopelessness, and discontentment many people have expressed toward the movement and the administration "make our weaknesses obvious," he said.

At the opening of the ANC's 6th national policy conference in Nasrec, south of Johannesburg, on Friday, Ramaphosa delivered these remarks.

The president of the African National Congress (ANC) claims that his party's loss of support in the municipal elections last year was a reflection of the widespread dissatisfaction with the state of the ruling party.

For the first time since 1994, the ANC's national vote percentage dropped below 50%, and the party also lost control of all three major cities in Gauteng. 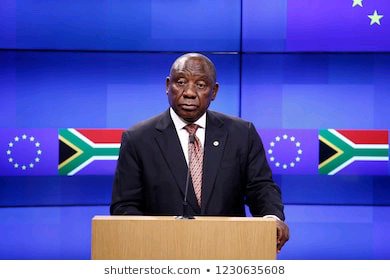 Many of our local chapters only meet to elect conference delegates or to nominate candidates for public office, and they rarely participate in other aspects of community life.

The disconnect between our elected leaders and the citizens they are sworn to serve is a glaring example of our nation's shortcomings.

Subdivisions within the ANC

Ramaphosa argued that the ANC's internal divisions were a major weakness of the party.

He told conference attendees straight out that corruption and corrupt party officials trying to avoid accountability were to blame for the ANC's internal strife.

"These are not disagreements about principles or policies, but rather struggles over power and resources in society."

Disagreements manifest themselves in behaviors like patronage, gatekeeping, vote-buying, and manipulation of organizational processes.

Despite the challenges Ramaphosa noted, he said the ANC was showing signs of revival and that Africa's longest liberation movement was pressing on with unity and renewal.

In Ramaphosa's view, the three-day policy conference's overarching purpose was to lay the foundation for the ANC's revitalization.

Consequently, it is our responsibility to bring about the ANC's fundamental regeneration and reconstruction.

We are also asked to "do away with corruption," "build up the state at all levels," "grow the economy," and "create jobs."

Sunday marks the conclusion of the African National Congress's (ANC) national policy conference, which sets the tone for the party's 55th national conference, to be held later this year in December.

Content created and supplied by: Belovedson (via Opera News )