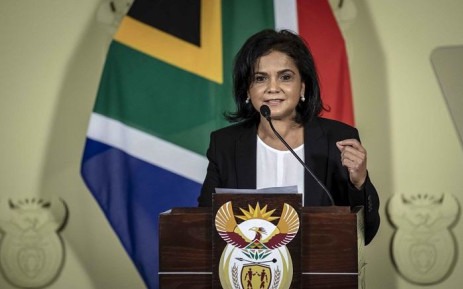 Shamila Batohi, the head of the National Prosecuting Authority, claims that corruption in local government is worse than previously thought.

Shamila Batohi, the head of the National Prosecuting Authority (NPA), claims that corruption in local government is widespread.She stated that the NPA was doing everything possible to combat corruption at the municipal level.

On Friday, Batohi and the heads of the Special Investigating Unit (SIU) and Hawks briefed Parliament on local government investigations.Batohan told MPs that since the beginning of 2018, NPI has already taken over 27,000 cases, which have resulted in the arrest of 6,500 people.The figures are only part of Naliyan's statement.

This is very worrying.We are committed to eradicating corruption and preventing it from coming into public life.But there is no doubt that, in spite of our efforts, it is getting worse," said Batahan.A senior police officer said that there has been a massive increase in corruption since 2019.

He said some people have not even bothered to pay their taxes and this has resulted from the fact that government has not been paying them.

An NPU officer who has served in several cities and towns, said, "This year we have taken more cases from private companies than any other year." The officer also said corruption is not only a problem in private businesses.