President Cyril Ramaphosa on Thursday sang the gestures of recognition of the late Johannesburg civic chairman Jolidee Matongo, saying he was an extraordinary pioneer who hated debasement.

"It's an exceptionally dismal second for me to be here at the home of our left civic chairman Jolidee Matongo. I have recently met his better half and his mom and one of his kids," he said.

"It's a truly dismal second and an extremely miserable one. He was a truly extraordinary pioneer at the degree of neighborhood government," said Ramaphosa. 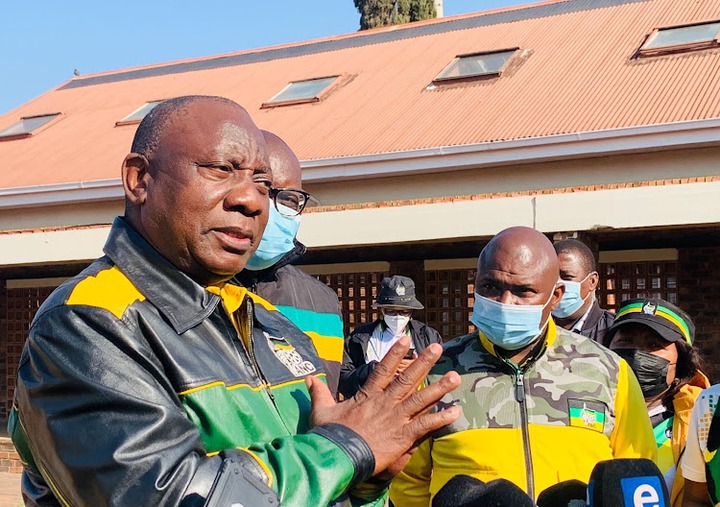 He said he was intrigued by Matongo during the screening that saw him being picked to supplant previous civic chairman Geoff Makhubo.

"We saw a lot of ability, extraordinary arrangement of vision and visionary administration for the city and we realized that we put the city in great hands under his authority.

"Interestingly, he was so very much cherished, got and upheld by the enrollment of the ANC and to be sure many gatherings who make up the metro chamber," said Ramaphosa.

He said Matongo's passing was a hard impact subsequent to having worked with him during a mission on elector enrollment end of the week. Matongo passed on in a fender bender not long after the mission with Ramaphosa.

"I had seen him in real life. I had seen the manner in which residents of the city had gotten him much under extremely challenging conditions," said Ramaphosa. He said the manner in which Matongo managed occupants' difficulties caused him to affirm in his mind that the party settled on the ideal decision by recruiting him.

Ramaphosa said the party had been burglarized by the passing of Matongo, a man he said vowed to turn the city around.

"He was a genuinely remarkable pioneer and I am disheartened to have heard the information on a man like him biting the dust so disastrously in a mishap," said Ramaphosa.

He said the party would proceed with the work Matongo had begun, in his honor.

Ramaphosa said Matongo had despised defilement and needed things to be done the correct way. He encouraged ANC allies outside Matongo's home to make a solid effort to win the impending decisions out of appreciation for the late city hall leader.

TimesLIVE 'He was so well loved': Ramaphosa pays respects to family of Jolidee Matongo (timeslive.co.za)

Nando's Wants None Of Those, As They Sack Gareth Cliff