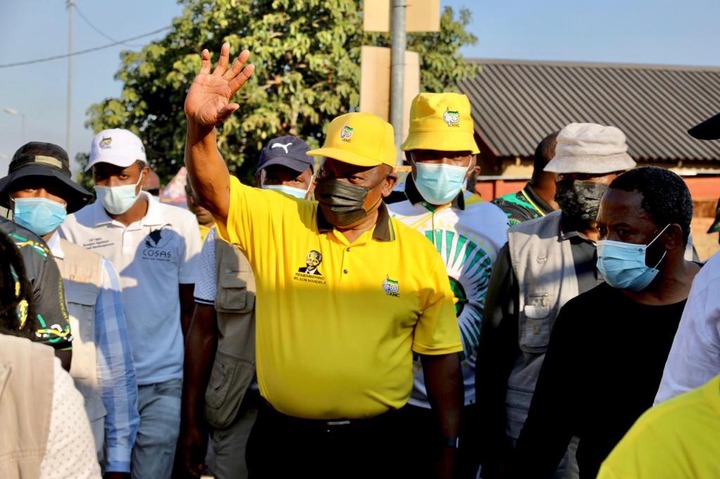 Recently, there has been speculation that ANC deployees aligned to suspended secretary general, Ace Magashule had registered to contest in the local government elections as independent candidates against the ANC.

This move is said to be due to their disgruntlement over how most of those aligned to Ace Magashule are being purged from the party and also the manipulation of candidate's list which saw their favourites being removed from the list.

ANC President Cyril Ramaphosa has spent the better part of his Sunday in the highly-contested Phuthatitjhaba to try to shore up support ahead of the 1 November elections.

Factional battles have seen a number of ANC councillors registering as independents in the Free State province, a home ground for Ace Magashule. The ANC has sent a number of its national leaders to the Free State over the past few weeks to try to lure back supporters of suspended party secretary general Ace Magashule who want to run against the party.

Social Development Minister Lindiwe Zulu is one of those who have been working in the province ahead of President Cyril Ramaphosa's two-day campaign.

"There are independent candidates, and they come out of the ANC themselves. We have a responsibility to bring them back. That, we can only do that by ensuring that we deal with the internal dynamics and challenges that are internal, the fights that are internal. Until we sort that we are going to have these challenges," she said.

The party has recently suspended its chief whip in the legislature, Vusi Tshabalala, who has allegedly sponsored a number of ANC candidates to run as independents.

Ramaphosa however will be in Mangaung on Monday, a day before Ace Magashule is due back in court for his corruption case linked to an asbestos eradication tender worth R255 million.

It is not clear whether or not Cyril Ramaphosa will succeed in his endeavour to lure back Ace Magashule's supporters who had opted to run as independents against the ANC.

Nzimande says on increasing student funding in 2022 "It's like robbing peter to pay paul, "