The people of South Africa have been burdened by the uncontrollable influx of foreign nationals into South Africa through unlawful means like unmanned border outpost and through sea. 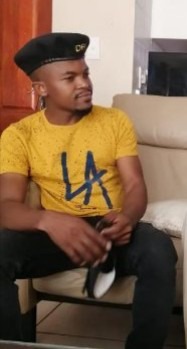 Zimbabweans have always been at the center of immigration issues happening in South Africa as many claim they often move into SA via the beitbridge border outpost which has a boundary between Zimbabwe and South Africa.

This unwanted migration by Zimbabweans prompted the citizens of South Africa to demand for the cancellation of Zimbabwe exemption permit which was last renewed for its beneficiaries in 2018 and ended in 31st December 2021.

Ever since the permit expired, most South Africans requested that the government end the program due to the falsification and abuse that has risen from the initiative.

He claim that the border finances ZanuPF government which has caused the suffering of local Zimbabweans leaving their country and wrecking havoc in South Africa.

According to Kanyet's statement on Twitter and it reads:

"Dear Operation Dudula, As far as the issue of undocumented Zimbabweans is concerned, the only solution to it is to close Beitbridge Border Post