By LeahWrites (self media writer) | 29 days ago

Even though the elections had glitches and flaws, many voted for their parties of choice.

But who do you vote for when you haven't had electricity for over a year?

Well, for Phindile Xaba it is very simple. Even though she has been without electricity for a year after a fire broke out at an informal settlement were she lives, she chose to vote for the ANC. 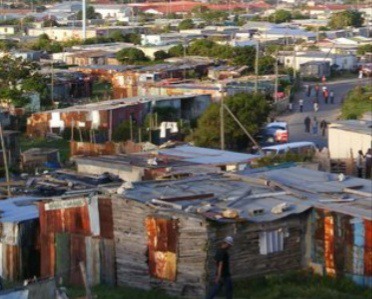 Xaba resides at the Reservoir Hills in Durban and she has lived there for most of her life.

In an interview with Timeslive, she told the publication that she would never vote for any other party other than the ANC because they stand for what she believes in.

“We don’t have much of a choice, the eThekwini municipality is run by the ANC. It's the only party I know so well,” said Xaba, kitted out in her ANC ensemble.

“I'm hoping things will get better. It's been very tough. I'm not sure why the power has not yet come back. But we saw the municipality working here a few days ago,” she said.

Xaba further stated that the reason why she is so faithful to the ANC was because she is able to get a grant to support her children. She is currently unemployed.