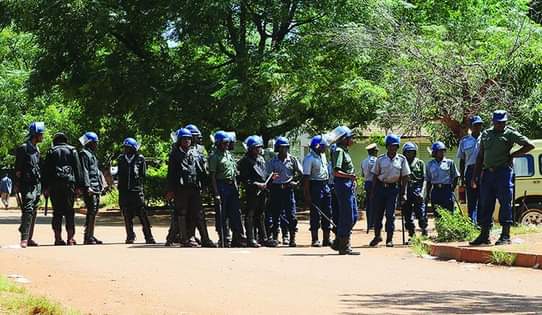 The junior officers made noise up to the extent that seargent major Shumba could no longer read the operation order up unti senior officers Chief Inspector Mangena Rosemary and Inspector Ndlovu(a medical officer stationed at ZRP Plumtree camp clinic)intervined and called the junior officers to order. After the briefing parade the junior officers were heard urging each other to incite the civilians on ground to rise and revolt against the government.

Junior police officers are known of being politically used by their seniors without being remunerated. The previous week junior Plumtree police officers were made to conduct another anti-protest operation and they were not given their allowances.

Things are not well within the security officers police officers are now openly siding with the public to rise against the gvt. These officers are just struggling to make ends meet just like civilians in Zimbabwe .