Minister of tourism Lindiwe Sisulu has refuted that she apologized to presidency over remarks on the judiciary.

Did Lindiwe Sisulu apologize to Ramaphosa over her opinion piece?

Lindiwe Sisulu has not apologized

A belief that she apologized?

Lindiwe Sisulu has no intention to apologize & stands by what she wrote https://t.co/os4x89zMjB

The Minister of tourism, lady Lindiwe Sisulu’s has no intention of apologizing to the president.

On Twitter land is freedom has this to sayThe Queen is having none of it. Bafanas be damned https://t.co/07eunjxHVX

Some Twitter user have resolved in calling the minister Lindiwe Sisulu a queen. Look at what they say about the Minister, The queen opens the gate for all of us to insulted, we will then shout racism. 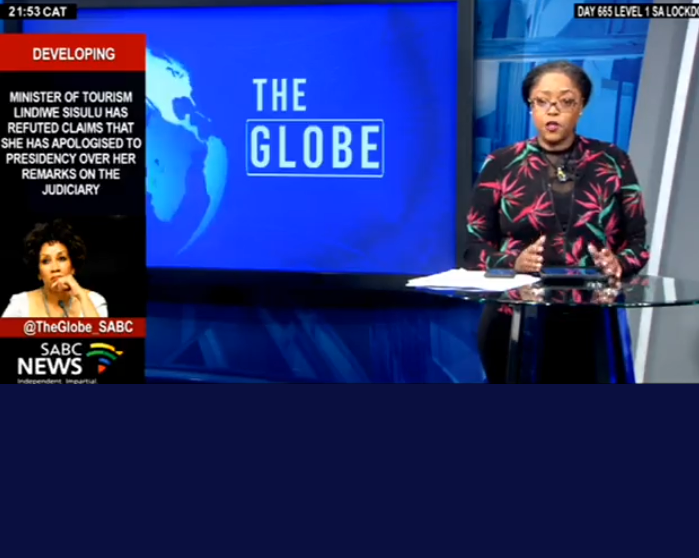 Mam Lindiwe Sisulu must just call a press briefing and tell it like it is...kuvele kunyiwe once!

We are not interested in the issuing of statements anymore!

Dr. Advocate Prof man on Twitter said, That would be fire!! Just imagine her telling it like it is live on TV.

Minister Lindiwe Sisulu is not ready to apologize to the presidency, she still stood on a ground and stand by her saying that what she says will hold, in respective of who is involved,

Let us be on the lookout on what will happen next in the presidency, what would their response be, will they still not say anything after the interview with the minister spoke man, and he publicly said that, the minister Lindiwe Sisulu did not and would never apologize to the president, this actually calls for actions and reactions even on Twitter so many responses and some have resolved in calling Lindiwe Sisulu a queen.

LoveyDovey157: Viewers react to the episode