By NewsFlashMedia (self media writer) | 9 months ago 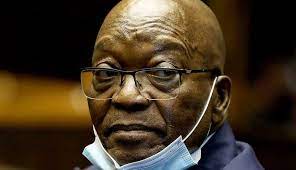 The Jacob Zuma family are making sure they keep him out of the public eye and they are trying by all means to avoid the gatherings that took place in July when he was arrested. Hundreds of his supporters made way to Nkandla, Zuma's homestead, when news broke that he would be arrested.

Former president Jacob Zuma has spent his first night in the comfort of his Nkandla home after being discharged from a Gauteng hospital on Wednesday, three independent sources have confirmed to TimesLIVE. His Jacob Zuma foundation had initially announced that details on his release and home coming would be kept a family secret as they want to protect him.

“He is in his Nkandla home but he will be returning to spend the whole of next week in Johannesburg. We are just happy that he is fine and things are somewhat back to normal, though not 100% yet,” said one of the sources with intimate details, who asked not to be named. 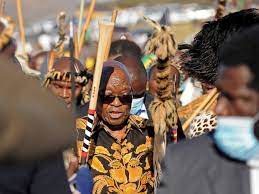 The source said Zuma’s return was being kept low-key as it was believed that they did not want people to flock to the compound or any fanfare around his return.

The 79-year-old former head of state started serving his sentence in July after he was found guilty of contempt of court for failure to comply with an order of the Constitutional Court to honour a summons to appear before the state capture inquiry.

He was sentenced to 15 months behind bars and spent several weeks of his incarceration in the medical wing of the Estcourt Correctional Centre before being moved to an external hospital for further treatment. 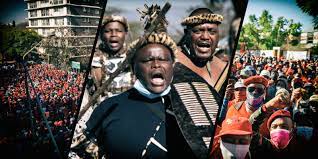 Meanwhile his two children Duduzile and Duduzane Zuma have been let off the hook for their inciting violence accusations following their social media posts ahead of his arrest and post his arrest. Dudu would post messages on twitter encouraging her father's supporters to gather and fight for his freedom.