The desperation to win the incoming local government election is taking a new twist on all the political parties, but it appears that ANC Campaigners are going extreme to impress their voters. Recall that a few days ago, some ANC Campaigners were caught building mud houses for villagers to encourage them to vote for the ANC. They went into the bush cutting wood to help build the mud houses. The pictures of That incident went viral, however, another one just occurred. A man suspected to be an ANC campaigner, wearing an ANC t-shirt, was captured on camera doing laundry for a female voter to impress her while she watches in amazement. This incident according to some social media users, especially Twitter users, said that the incident took place during the door-to-door campaigns of the ANC members in that community. 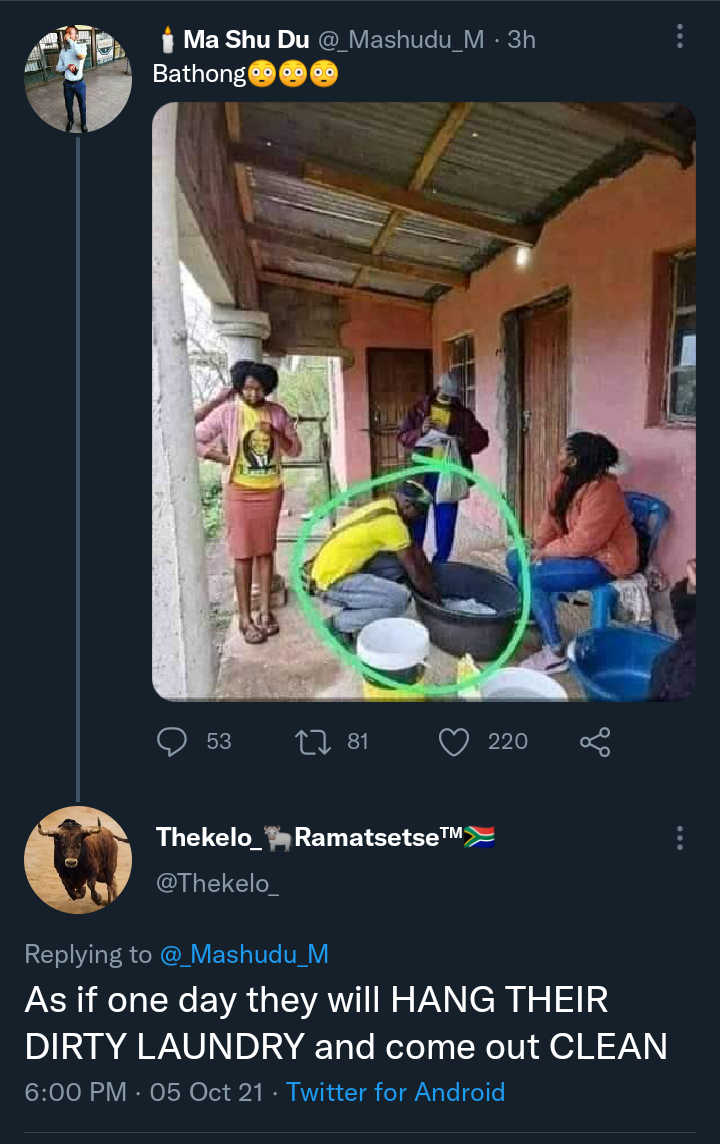 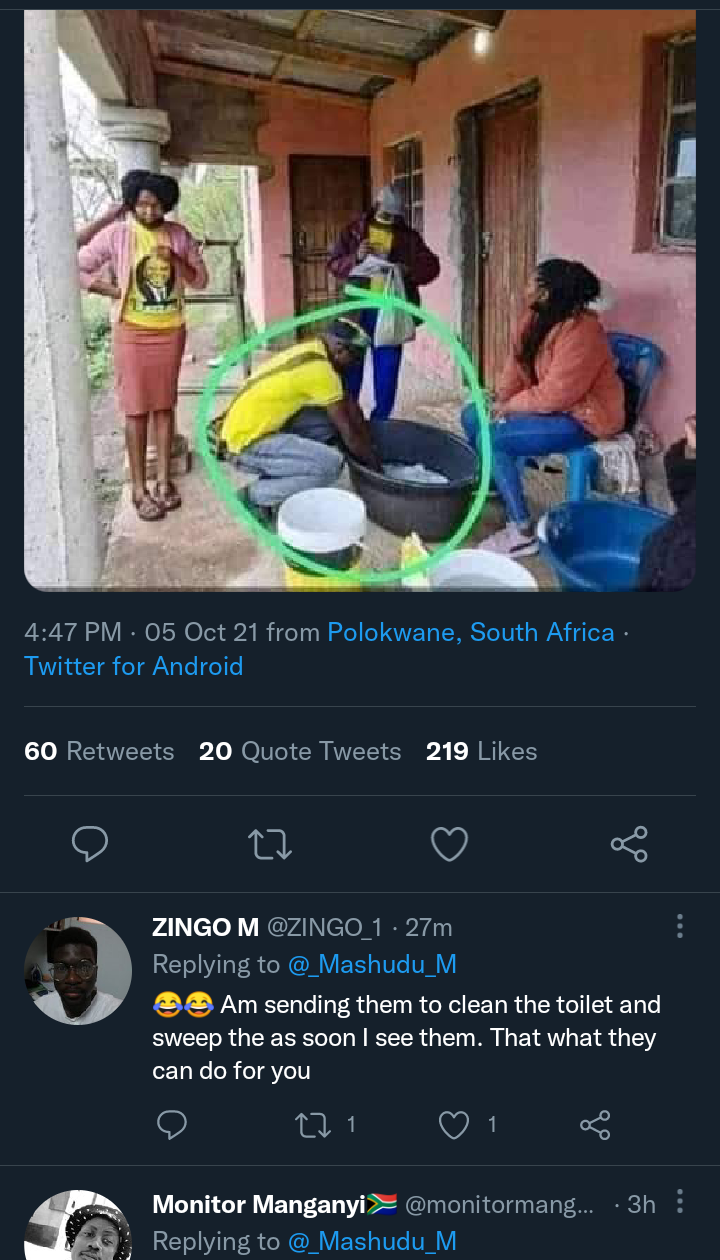 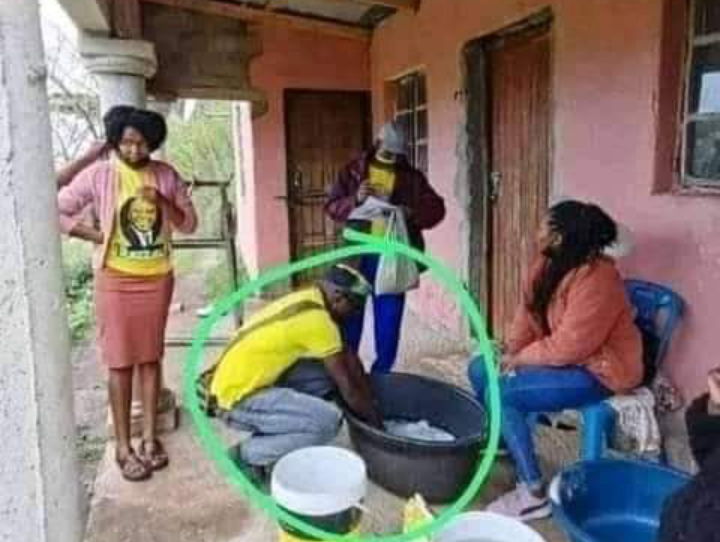 Opposition politicians and parties are now distributing and sharing the pictures widely as a means to mock and discredit the ruling party. Recall that many people are accusing them for being too desperate for votes. They noted that even some people doing door-to-door campaigns for the ANC were allegedly hired. Furthermore, they are being accused of hurriedly muddling up some caricature projects to impress South Africans, but unfortunately, some projects are being poorly executed leading to more mockery and sarcasm. The ANC has been humbled in this campaign season. Despite calls from Jacob Zuma, Carl Niehaus and other aggrieved ANC members to vote for the ANC, many people have blatantly refused, saying that they are now going to try another political party. They observed that they are tired of fake promises, declaring that the ANC obviously does not have any tangible project to campaign with nor do they have any worthwhile manifestos to present. They noted that it is a constant and a periodic statement from the party that they would provide jobs, employment, electricity, housing etc for voters, but such promises are as good as fake promises. Furthermore, they said that they want to try other parties and then compare them with the ANC. 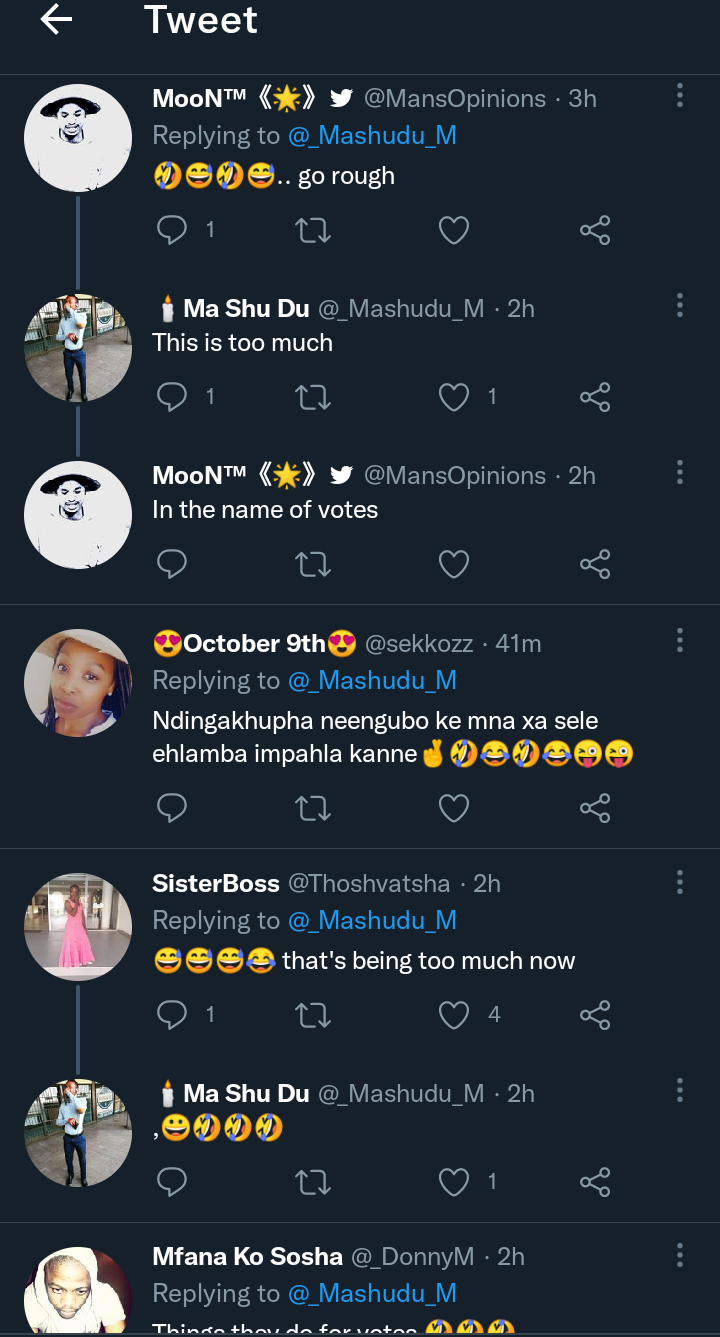 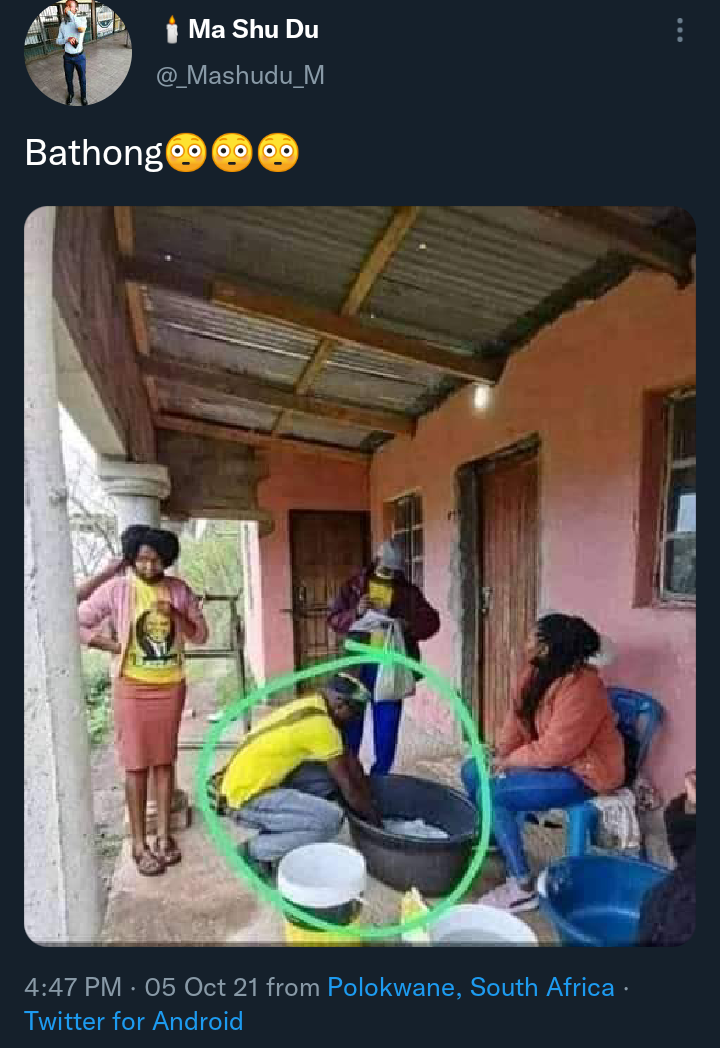 A lady who saw the picture said that it is a pity that the almighty ANC has descended or condescend to this level of humiliation. She noted that with more than 27 years given to the ANC, they ought not to be campaigning again, rather, their results will speak for them. She added that because they did nothing tangible, they will continue to do everything possible to please voters. Finally, she added that if care is not taken, there are possibilities that the ANC can be relegated to an opposition party in the nearest future, unless they sit up and strategize.