By Frantiquehub (self media writer) | 29 days ago 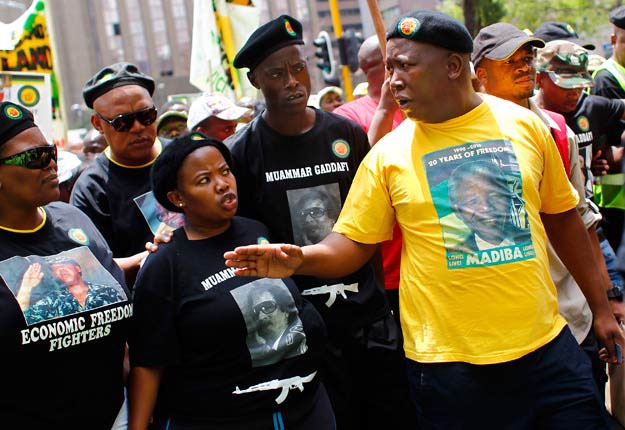 He had once been a involved with the tendering system of failure practiced by the African National Congress,Julius Malema had once been the part of the ruling party.He and many other politicians who left the party had once benefitted from the ANCs way of doing things.It is quite surprising that the very same guy who had once owned the company is which benefited through government tenders is now calling for the abolition of that practice,as one travels through the country,his/her eyes will never miss the notice of many unfinished jobs by the sub contractors who were awarded the tenders by the government.The poor South Africans have been misrepresented by the people who initially looked like the innocent flowers but the serpents under it. 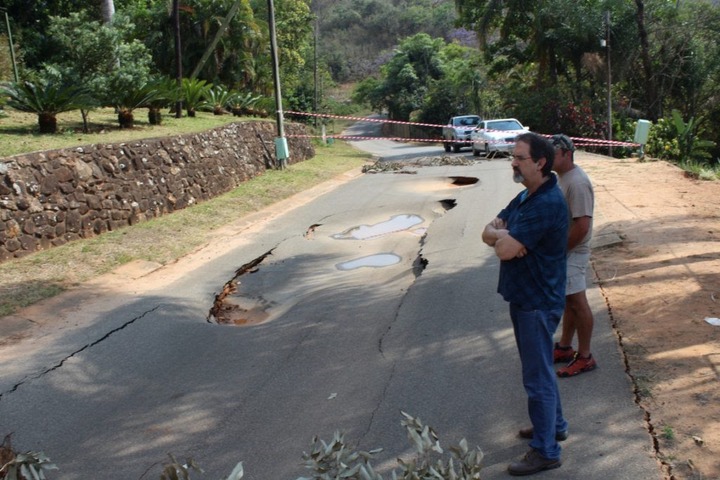 Social media doesn't forget,it doesn't matter how old is the guilt,the social media detectives would always remind you of your wrongdoings.The election seasons are very silly,while various political parties are trying so hard to convince the people to vote for them,there's huge challenge launched by the opposition,the opposition could either be the ordinary citizens or the other political parties,though it has been proven that the weaknesses of one party does not necessarily translates to the strenght of the opposition parties,the opposition keeps on trying by all means to discredit their opponents. 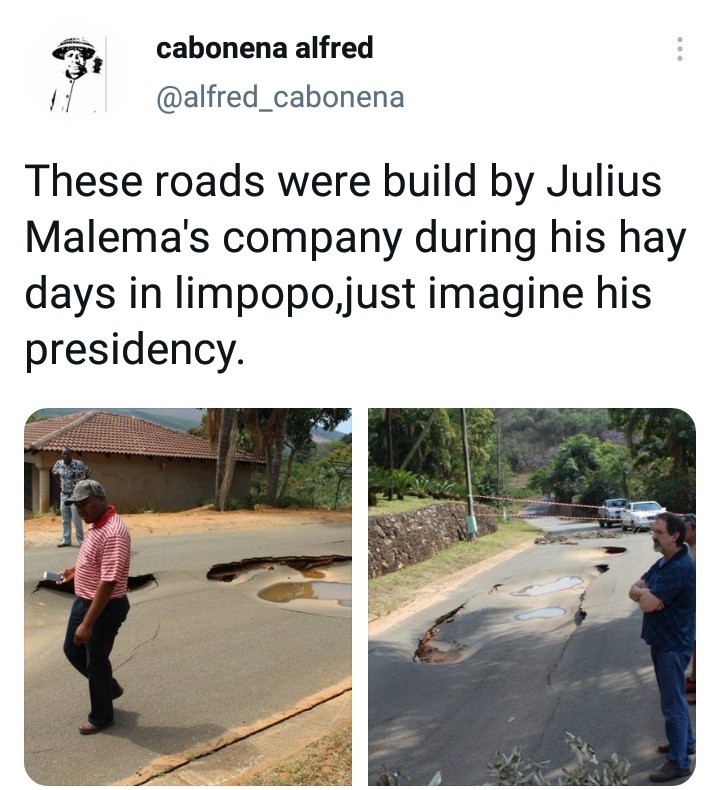 One social media user has just shared a shameful story of the company once owned by the Economic Freedom fighter's commander in chief Julius Malema,the company was awarded a tender to build a tar road,the project was a big failure as seen from the images shared by that individual who doesn't believe in the leadership of Julius Malema.This kind of stories have the potential to harm one's chances of coming out victorious during the upcoming local government elections which.are due to take place on the first of November this year. 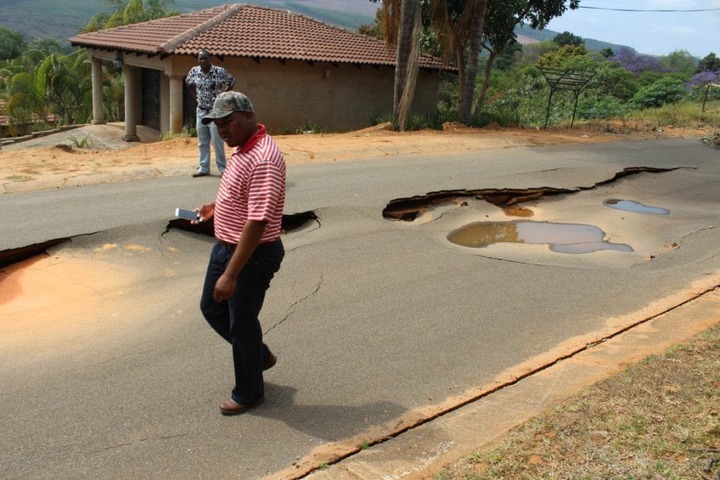 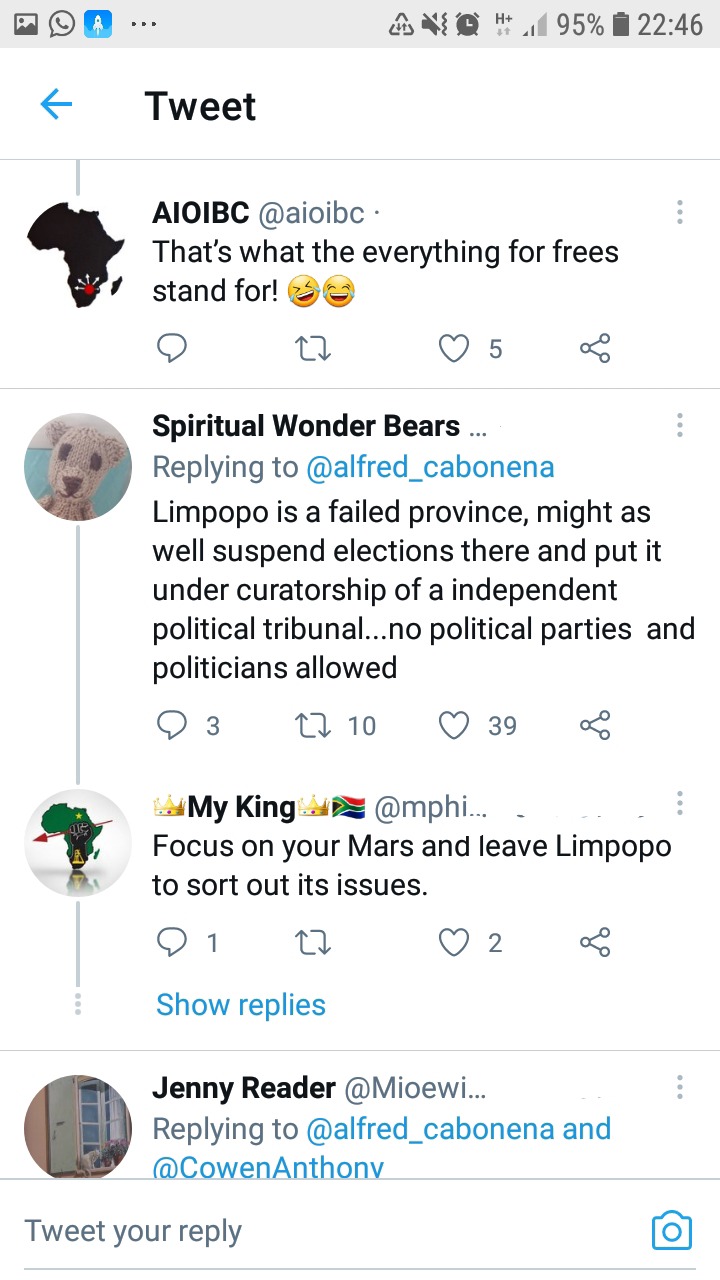 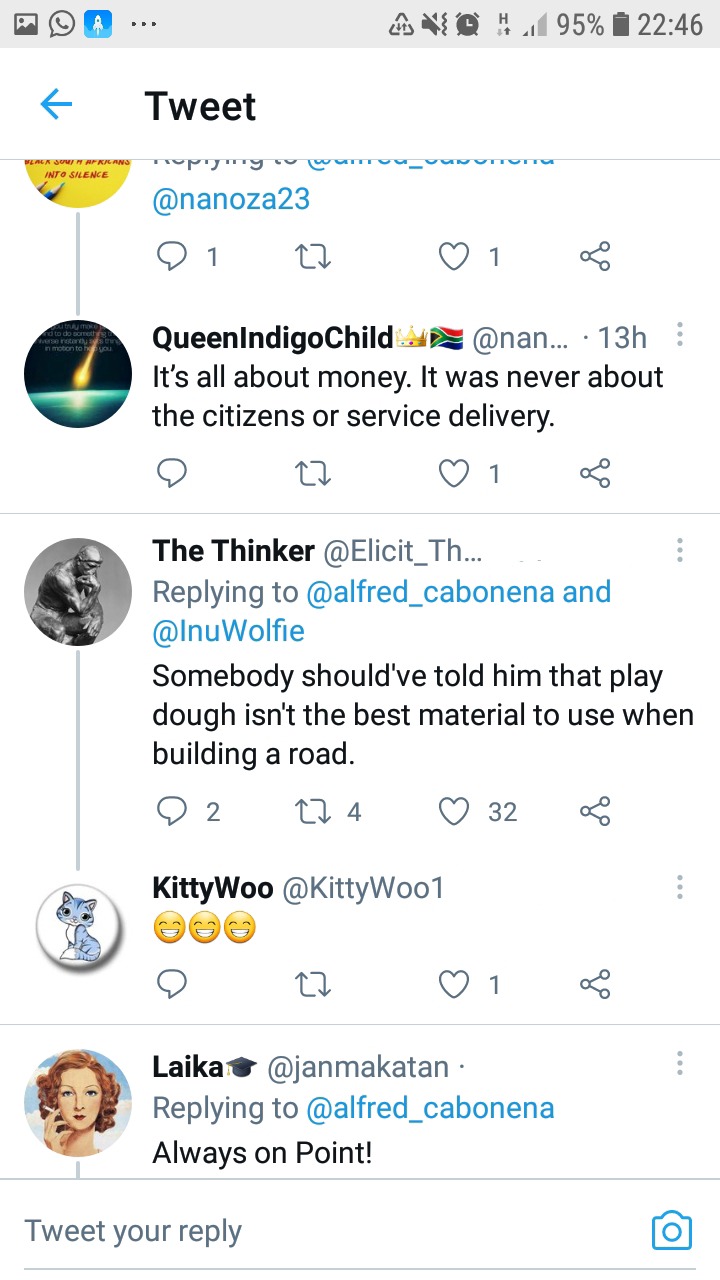 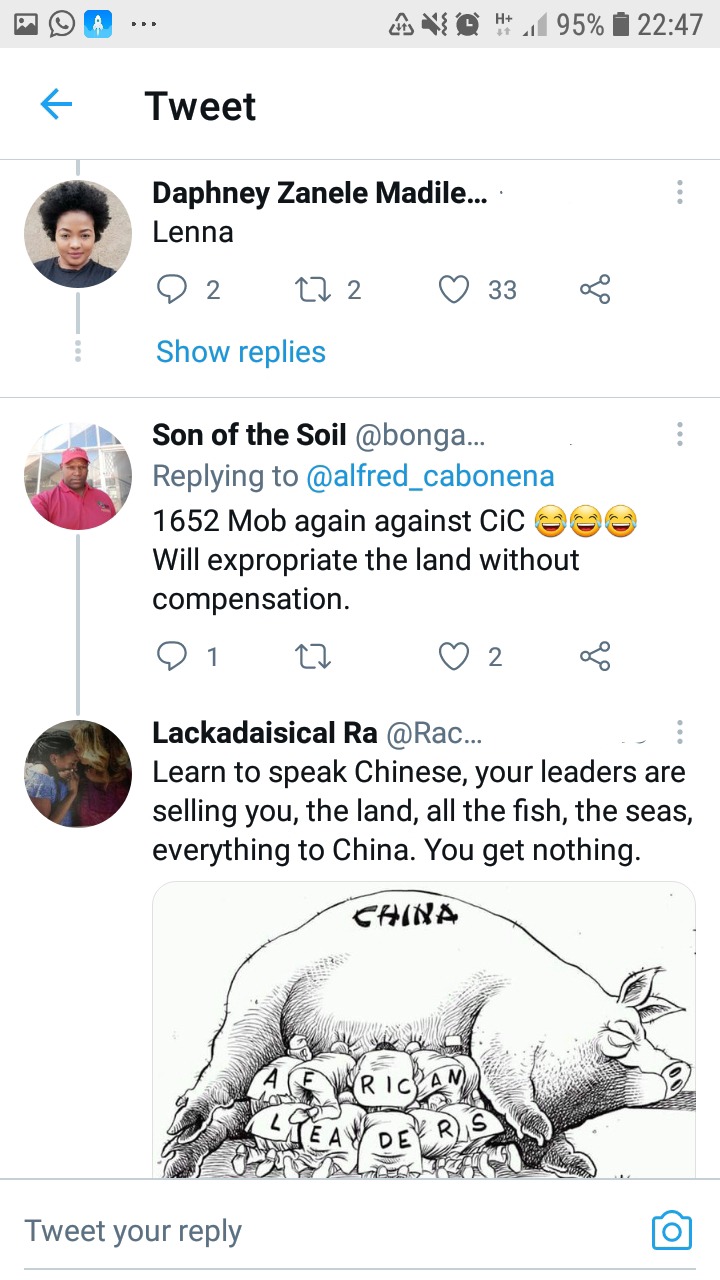 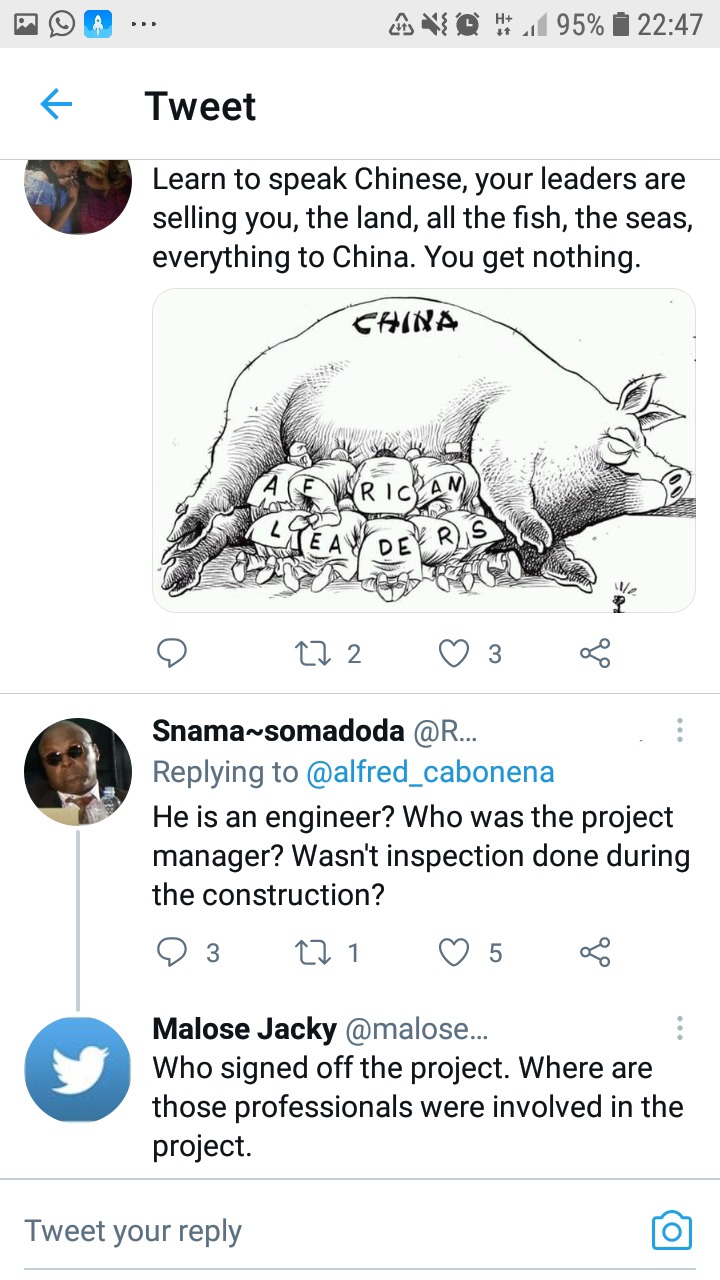 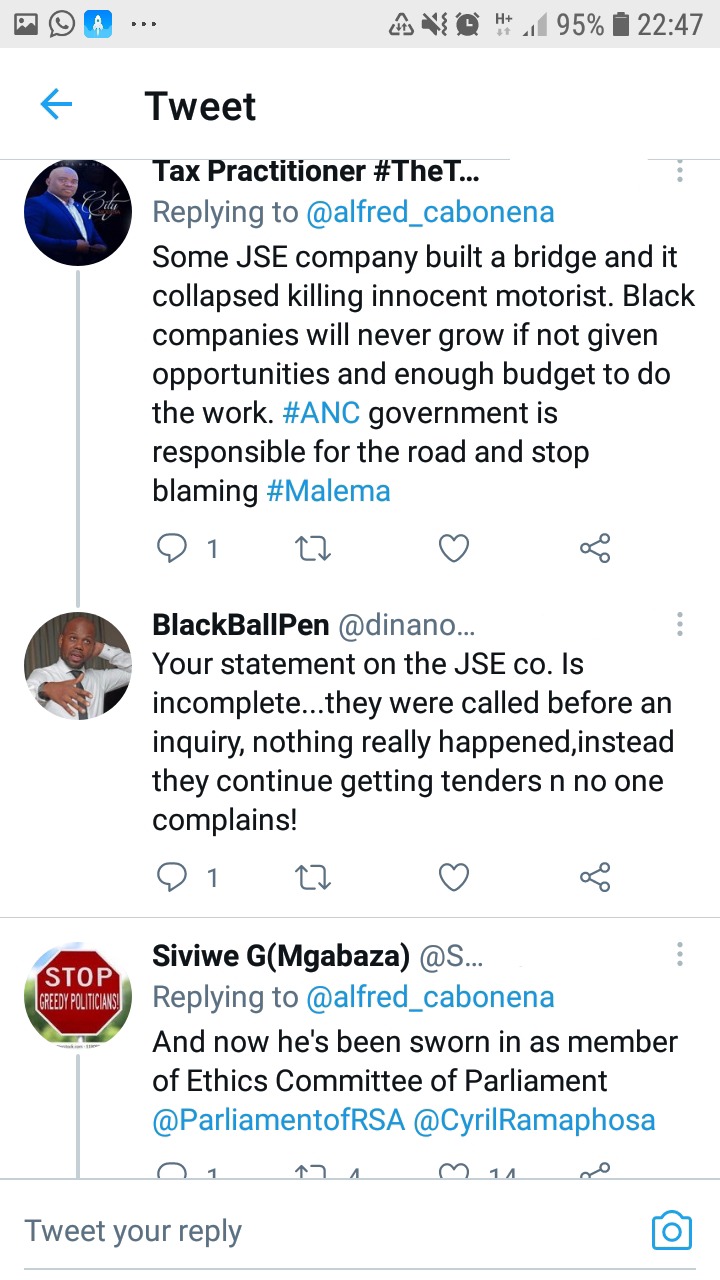 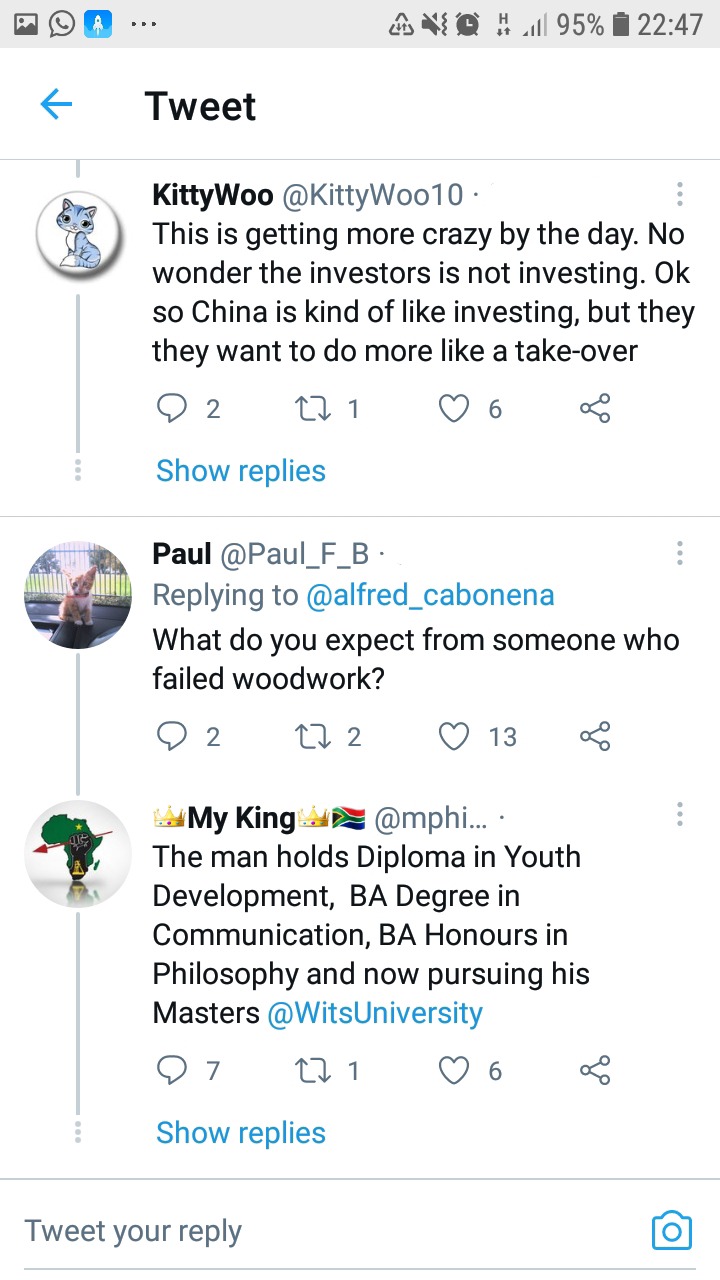 The EFF on the other hand is professing and pushing the idea of one Africa where the Africans would travel all over the continent with ease and without being required to produce the travel documents.This idea was rejected by many south afticans especially those professing the slogan put south africans first,these compatriots all calling for the closure of the south african borders and deportation of the illegal immigrants.