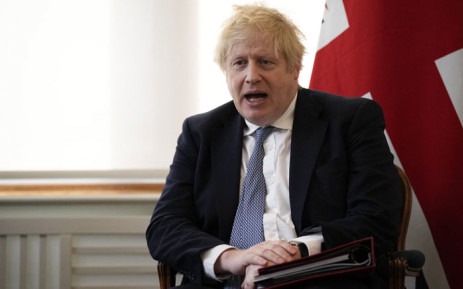 LONDON - UK Prime Minister Boris Johnson propped Wednesday for the arrival of a senior government worker's hotly anticipated full report into a "Partygate" embarrassment, as new claims arose about a culture of lockdown-breaking drinking in his workplaces.

A photo distributed by the Daily Mirror paper showed a Downing Street table weighed down with wine jugs and doughnuts, and it said a going with WhatsApp message told staff: "Time to open the COVID secure bar."

However, the Mirror said that specific occasion in November 2020 was thought not to have been examined by government employee Sue Gray or London's Metropolitan Police, which has given different fines over different occasions, including one against Johnson himself.

The state leader has resisted calls to leave after he got the fine, yet numerous reports expressed MPs from his Conservative party were holding back to see the all relevant info uncovered by Gray prior to choosing whether to set off an initiative polling form.

The report was normal on Wednesday, whenever it is cleared for discharge by Johnson, as indicated by sources.

Johnson is because of hold his week after week meeting of Prime Minister's Questions in the House of Commons at 1100 GMT, followed later by a gathering of the 1922 Committee of backbench Tories.

He is supposed to hold a news meeting to address Gray's report, Downing Street sources have recently demonstrated.

Dark delivered a starter variant of her report in January, yet held off more full distribution as the Met declared its own examination.

That is presently finished with the issuance of 126 fines to 83 individuals, albeit the police force is feeling the squeeze to return the examination as new proof arises.

The BBC's Panorama program on Tuesday talked with individuals who went to one more leaving party in November 2020, depicting a standard breaking society with many individuals jammed into the room.

The party came days after the public authority requested a second COVID lockdown in England and restricted families from blending.

The occasion was on a Friday, while the Downing Street press office coordinated customary "WTF" ("Wine-Time Friday") drinks beginning at 4:00 pm, as indicated by Panorama.

A safety officer was ridiculed when he attempted to stop a party in full stream, individuals who went to told the BBC.

In photographs distributed late on Monday by ITV News, Johnson should be visible raising a glass and visiting with a few group around a table with jugs of wine and food.

The top state leader faces charges that he deceived parliament in denying any such party at any point occurred, which would typically be thinking about a leaving offense.

With assessments of public sentiment showing profound public dissatisfaction with regards to "Partygate", Conservative MPs should work out whether Johnson stays an electing resource or a responsibility heading into two significant by-races one month from now.