Pray For Swaziland:See What Is Happening at Schools That Left the Everyone Speechless/Opinion

By Mzansi_Entertainment_News (self media writer) | 5 days ago

For the longest of time the nation of Swaziland has been a Monarchy that means its ruled by kings or a Royal family .They dont hold elections and the crown is passed down from father to son for generations.The Swazi kingdom is one of the few monarchies remaining in Africa many were abolished because they dont represent a free and fair system. People need to be able to choose their leaders .

For some years now the people of Swaziland have been calling for democracy. They now want to be able to vote for their leader of choice instead of having a leader they did not choose just because he has royal blood .But the Royal family does not want to let go of power. 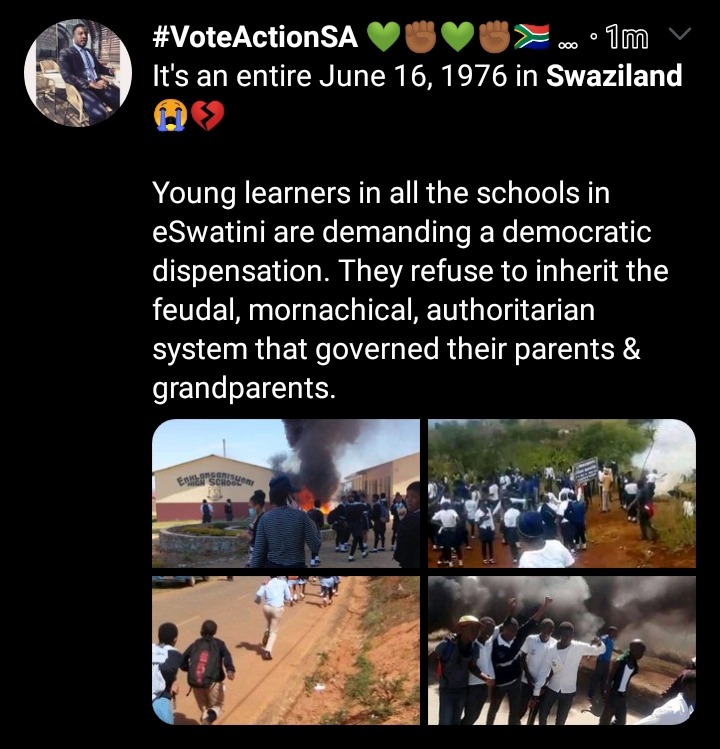 They even released their army on the people to harass and threaten and even kill people, just to make them scared of protesting for freedom .How does a leader release armed soldiers on unarmed civilians .Thats how we see if one is a dictator. They always try to install fear in people. 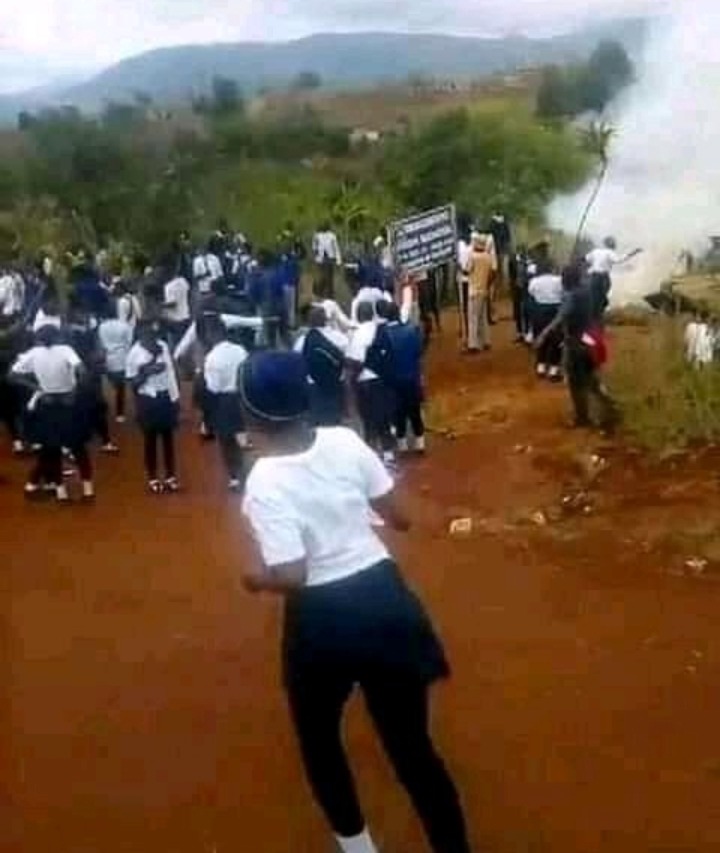 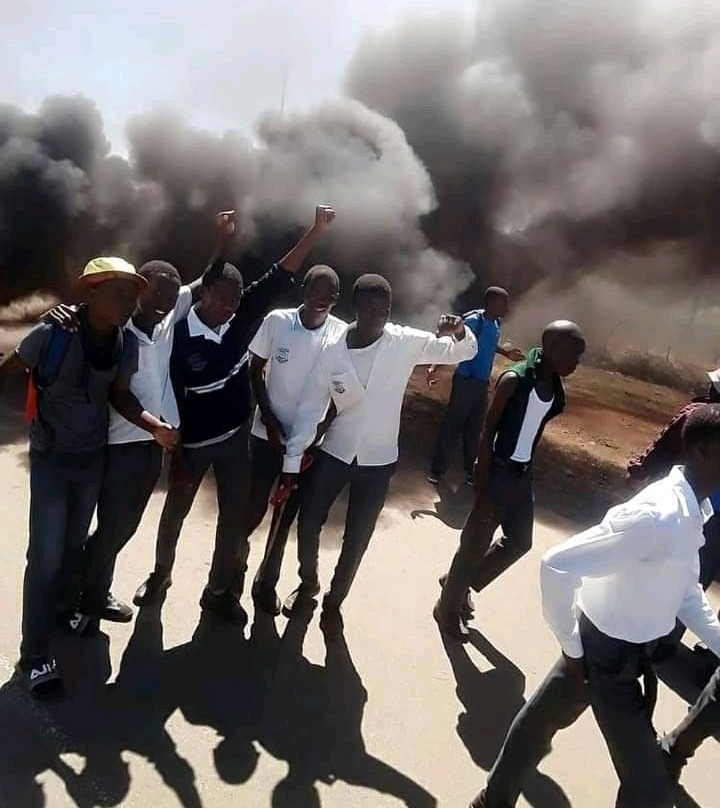 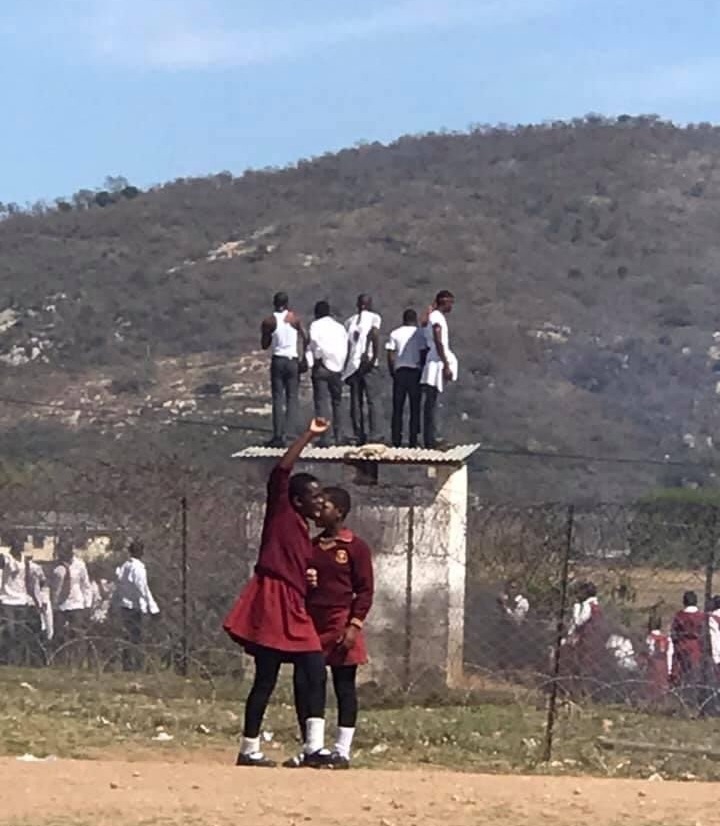 This has not stopped the people of Swaziland from fighting for their democracy and this time even school students have joined in on the fight.Students have taken to the streets to demand for democracy and a better future .see some of the images that were captured in Swaziland of the students uprising. 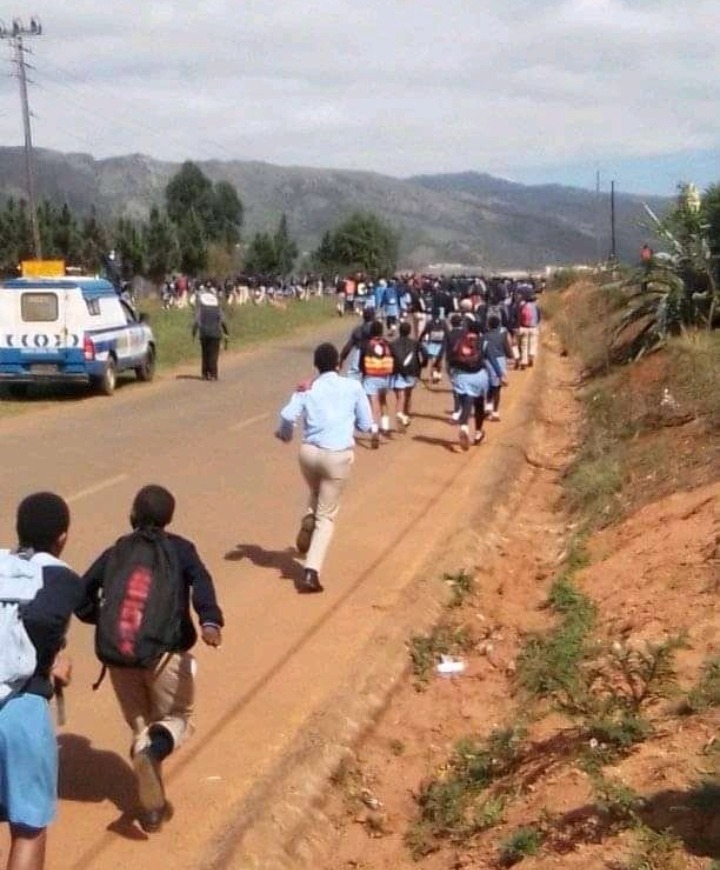 If King Mswati is a good leader he would agree to let Swaziland become a democracy because this is something that will happen either way .If he still doesnt want to he will be removed from power like how other stubborn dictators are removed by a coup .He should learn from what happened to Mugabe in Zimbabwe. At least if he is the one letting go he can have control over the situation.For now lets just pray for the situation in Swaziland and that the student's dont get hurt or killed during the protests. 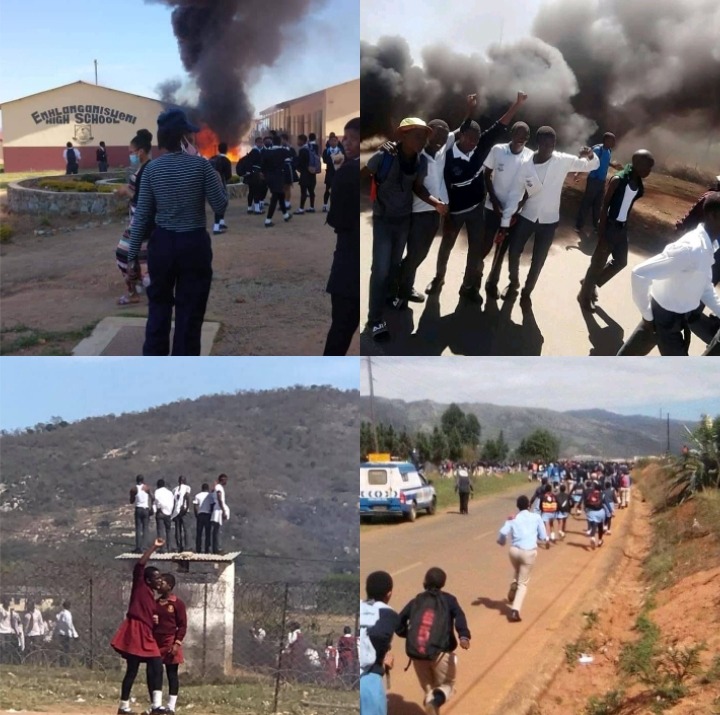 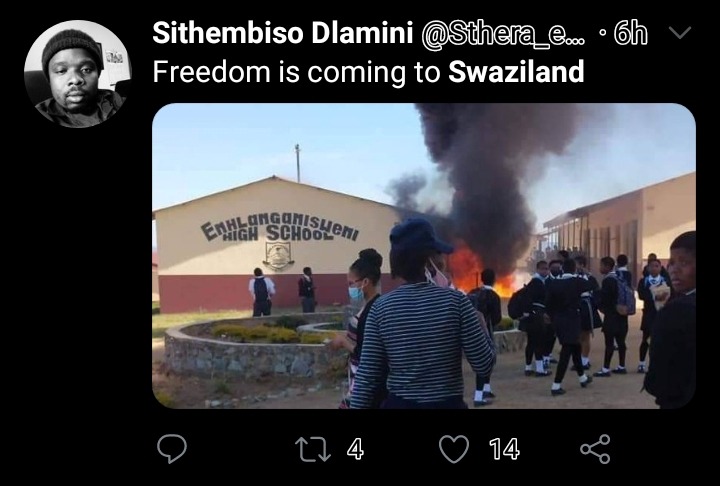 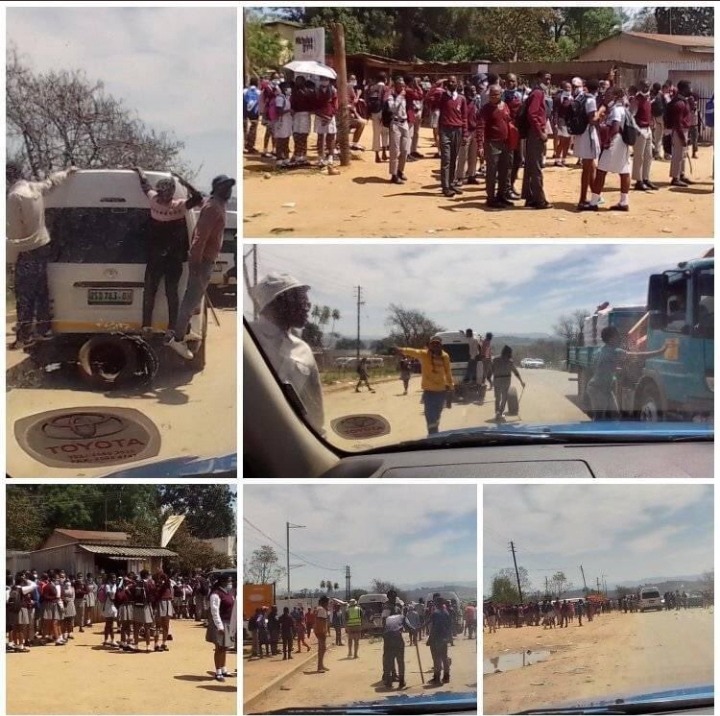