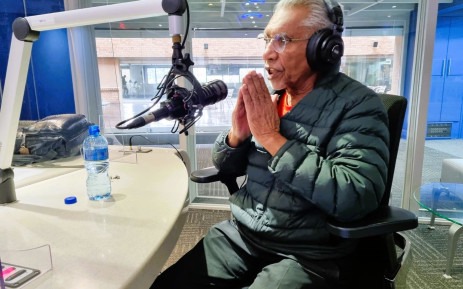 Indeed, even notwithstanding state catch and the maltreatments of force by a few ANC individuals and others in government, Mac Maharaj actually accepts the party can gain from its errors, can reconstruct itself and has the nation's wellbeing on a basic level.

In a far reaching interview with Clement Manyathela on 702 on Thursday, Maharaj talked radiantly of his family and different allies of politically-sanctioned racial segregation detainees who battled the bigoted framework "in the midsection of the monster".

In the illumination of the last state catch report that was conveyed to the president on Wednesday night with condemning references to maltreatment of force; and widescale debasement with respect to the most influential individuals in the country, Maharaj felt that we ought to get this report emphatically however recognize the harms, and he accepts that quite possibly of the greatest error the nation has made was not explicitly condemning the maltreatment of force.

I think the key issue that is emerging from the Zondo commission is that in our majority rules government we never made a regulation that made it against the law to manhandle power.

Regardless of this, he actually keeps up with trust and accepts that it is the ideal opportunity for the ANC, and president Cyril Ramaphosa to show assuming they will adapt to the situation, acknowledge liability, and convey us forward, or whether they will miss the mark.

Maharaj accepts that the following battle for the nation is to develop a majority rules system, making a unique note to specify how writers on Wednesday said that they had not reviewed a sitting government digging as profoundly into its own concerns as this one has.

Our majority rules system is too important to even think about losing. We are at risk for annihilating it over the debasement that occurred, and the maltreatment. Allow us to stand monitor, yet not simply to shield a majority rule government, we should attempt to develop our vote based system.