By SouthernLight (self meida writer) | 1 months 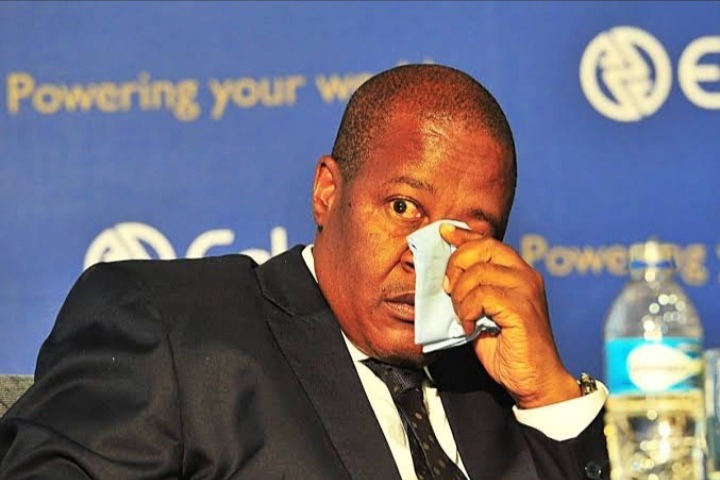 Past Eskom CEO Brian Molefe on Tuesday ensured before the Zondo commission that Glencore off-stacked the Optimum in a plot to paint him as a Gupta accomplice and endeavored to revive his new cases that President Cyril Ramaphosa acted at the order of the mining goliath.

Molefe returned to the witness stand strangely since mid-January, when he censured Ramaphosa for attacking Eskom, and the country, for his business benefits in the mining zone.

On Tuesday, Molefe again hoped to manage his exchange with verification pioneer Pule Seleka and Deputy Chief Justice Raymond Zondo towards the recorded associations of the at that point delegate president in 2015 with Glencore.

He said he expected to remind the commission that on 15 January, he made "a significant charge" against Ramaphosa, relating to his 9.47% shareholding in Optimum before his re-appearance of dynamic administrative issues, and to be ensured that "adequate weight" would be joined to it.

Molefe's words were from time to time vague, yet Zondo promised him that his cases would be treated likewise as all others raised before the commission.

"Mr Molefe, I am flabbergasted that you would envision that it is being covered up where nobody will think to look, since you said it happened, and you know from your own experience that when an eyewitness says something that traps somebody to the extent the standards of the commission that individual is given a copy of the attestation."

Molefe had, in a long, clearing clarification, censured Ramaphosa for undermining the country and, as top of the Eskom "war room", sabotaging made by the association's bosses as they endeavored to end a particularly awful spell of weight shedding.

His presentation on Tuesday returned to this point true to form, when he was as of late affirmed to the power utility from Transnet, and Glencore and Eskom were related with a potentially hurting impasse over the subtleties of the association's long-running consent to supply the utility's Hendrina power plant with coal.

Molefe analyzed Glencore's masterminding systems, as it endeavored to get a coal cost increase, to "holding a gun to my head", and said he encouraged the association's bosses to don't hesitate to pull the trigger.

Trading moral stories, he stood out the condition from a poker game in which whoever glinted would lose, and said in light of the fact that he stood firm, Glencore in the end agreed to proceed with supply at the lawfully restricting expense, yet soon thusly began talks with offer the mine to Tegeta.

"Be that as it may, leader, as of now they shook. They say 'we are offering the mine to the Guptas'," Molefe said.

"That was a masterstroke since they were so perturbed with us, they were as of now going to start a mission to finger Eskom, to dirty us as Gupta people."

According to Molefe, this was retaliation for his refusal to "be tortured into acting against the interests of Eskom".

Molefe said then open protector Thuli Madonsela's 2016 report, "An area of Capture", which required the commission to be set up, was fundamental for this purposeful record to deal himself just as others.

Madonsela found that Eskom heads, including Molefe, put forth an extraordinary attempt to engage Tegeta's getting of the mine.

Madonsela, with the help of Molefe's cellphone records, found that he had tended to one of the Gupta kin on different occasions and visited the family Saxonwold home on numerous occasions.

The report added to Molefe's troubled surrender from Eskom before long.

On Tuesday, Molefe said Madonsela had fail to meet people at Eskom she captured.

"[Suddenly] the public protector prepared her report. She didn't chat with us, she chatted with Mr [Clinton] Effron. Mr Effron went to her to cry about us, and she set up that report. There was a media campaign, leader, … to garbage us as people who are obliged by the Guptas."

The fact was to make a story that Eskom had compelled Glencore to bringing to the table the mine to the Gupta domain and to find any evidence that associated the utility's heads to the family, Molefe declared.

"Any piece of evidence that you were near the Guptas whenever. I find in this commission, there is a charge that I was in a plane that had the Guptas. I was flying, I was gone to a Brics meeting, and they ended up being in a comparable plane," he said.

On 15 January, Molefe nailed Eskom's difficulties to Glencore endeavoring to eliminate R8-billion from the association in cost augmentations and discipline waivers after it bought Optimum without due relentlessness and got itself in a disadvantageous esteeming structure.

He said the association was relying upon Ramaphosa's political clout to decide the issue on the side of its, and continued to censure the president for collaborating, with pummeling implications for Eskom that consolidated an all-encompassing re-appearance of weight shedding.

Molefe's charges have exhibited politically significant to Ramaphosa's enemies in the factional battle fuming inside the ANC.

At the start of February, Ernest Netshivhumbe laid charges of coercion, theft and disavowing the Public Finance Management Act against Ramaphosa dependent on Molefe's assertion to the commission.