By Gisthubb (self media writer) | 6 months ago

Pravin Gordan is a South African minister of public enterprises, which is one of the country's most important portfolios, overseeing significant state-owned corporations. 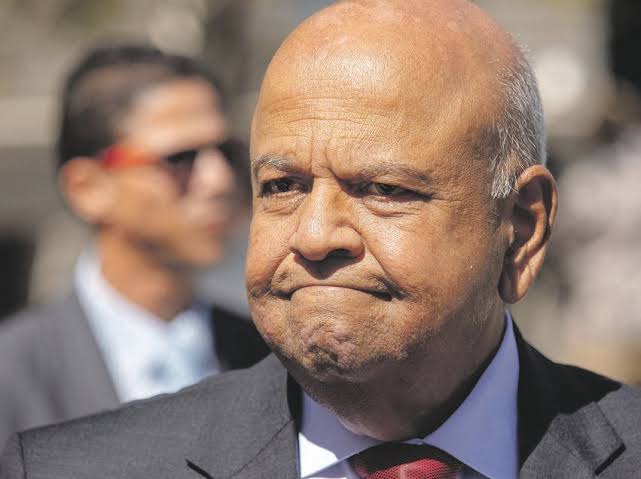 However, before becoming Minister of Public Enterprises, Pravin Gordan served as Commissioner of the South African Revenue Service and later as Minister of Finance.

President Zuma then sacked Pravin Gordan and his deputy, Mcebisi Jonas, from their positions as finance ministers, citing an intelligence report that suggested Pravin was attempting to undermine his government.

That's when the public feud between Zuma and Pravin began, with then-Deputy President Cyril Ramaphosa, who is now the president, publicly stating that he did not back Pravin's dismissal from the cabinet.

“This Is Why Our Proxy Leader Of WMC Will Not Condemn #PhoenixMassacre...,” tweeted the daughter of former president Jacob Zuma Duduzile on Twitter today. As a result of Our Priority. Minister…” https://twitter.com/dzumasambudla/status/1418839539746021379?s=21 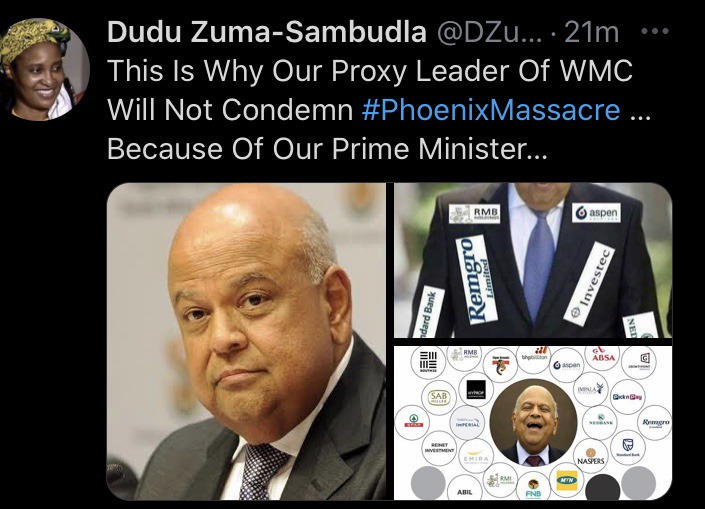 It's logical that she would say this in light of her father's ties with the minister of public enterprises.

Content created and supplied by: Gisthubb (via Opera News )