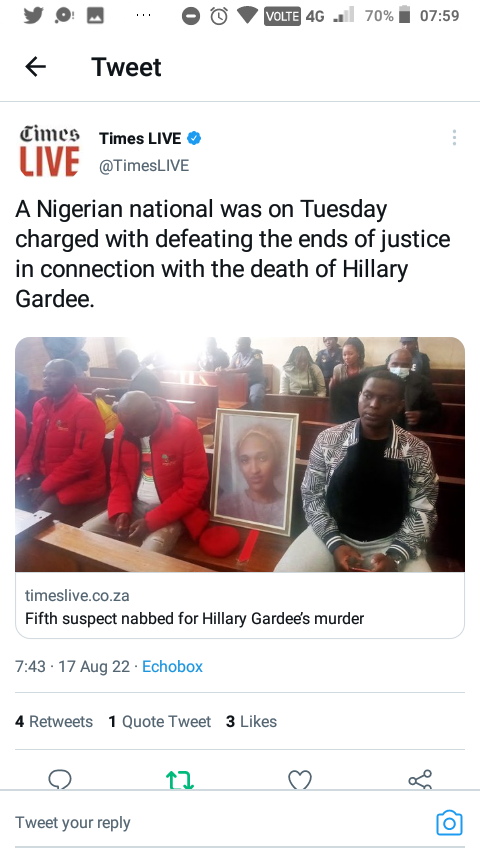 Police say a Nigerian will appear in court on Wednesday for delaying justice in Hillary Gardee's death.

A Nigerian man was accused Tuesday of obstructing justice in Hillary Gardee's killing.

"His cell phone and laptop link him to the dead guy, and he's due in court tomorrow," Mohlala added.

The fifth person charged with killing Gardee is

Hlabirwa Rassie Nkuna was charged with murder, robbery, and gun and ammunition possession on Monday. Nonkululeko Nkosi, 27, from Midrand, died. After chatting on Facebook, he reportedly dated her.

On Monday, while in court for the Nkosi murder case, the suspect was apprehended again. In Kanyamazane in June, he killed a cop and his sister.

Nkuna appeared in court on Tuesday for allegedly killing Sgt. Marcia Mazibuko and her sister, Pretty, on June 15.

Nkuna was jailed, and the case was postponed until September 9 for further investigation. 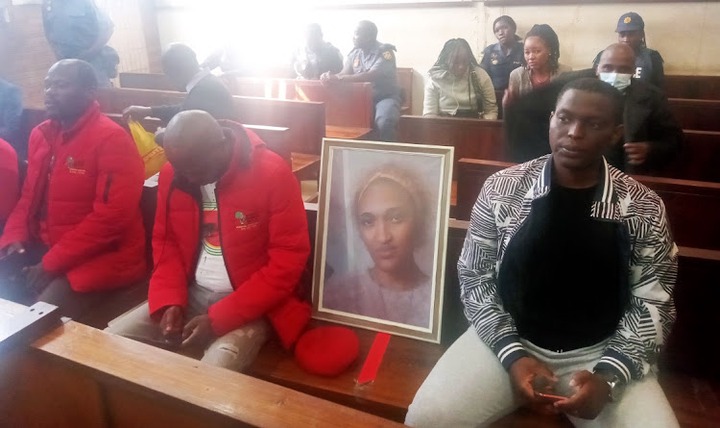