The Democratic Alliance (DA) is in charge of the western cape province which is mostly dominated by white people. 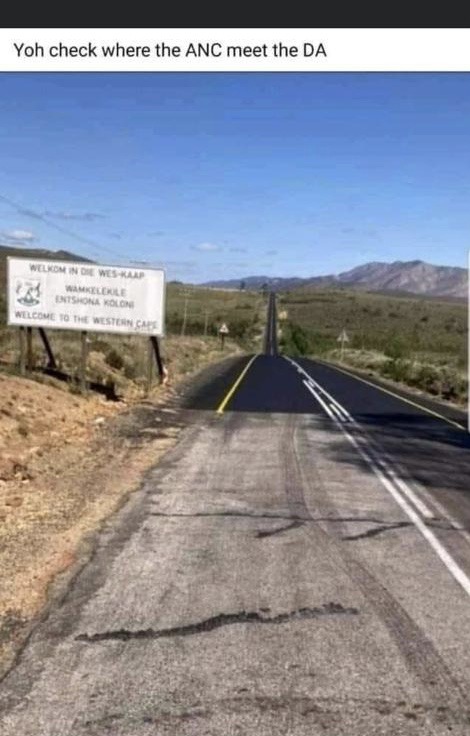 There have been calling for Cape Town to be an independent state from South Africa because they believe they can govern well.

The other DA Top member posted a picture on Twitter in which he said “ You, the voter, can choose.ANC administration or DA ?”  the picture shows a nice road when u enter western cape and the bad one when u are in ANC led province .

However it remain not clear if in the upcoming Local Government Elections the DA will come out victorious, this is after its controversial posters in Kwazulu-Natal .

The DA called some of the Phoenix Indians who killed black people during the unrest in July   ‘heroes’.

It is also clear that the DA is giving service delivery to white dominated places only in western cape rather than of black people .

Helen Zille has however said the DA is the most diverse political party in South Africa despite the fact that they are always accused of targeting black leaders within them .