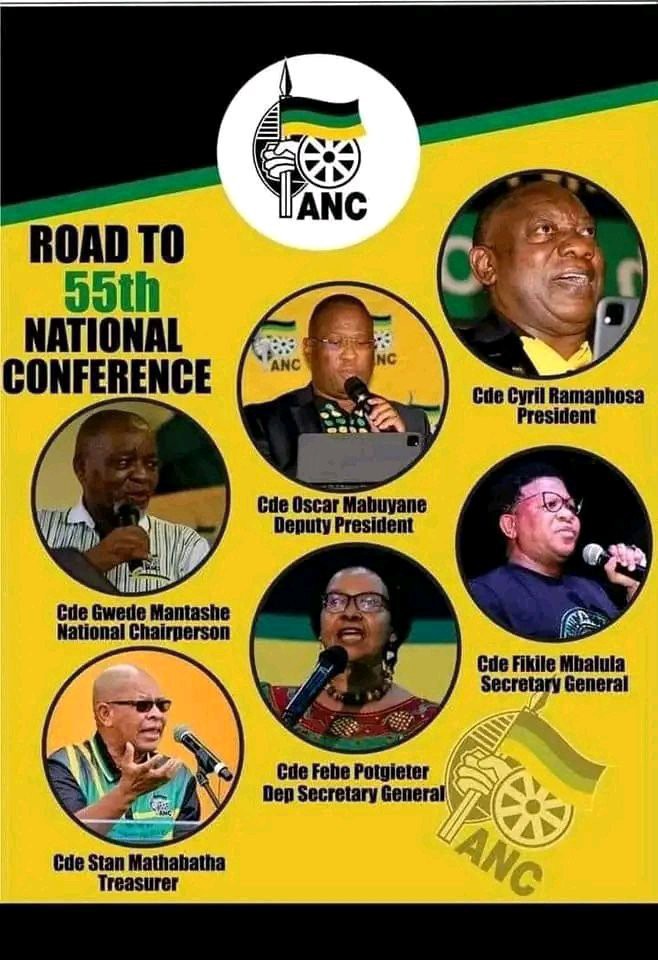 A fresh proposed top 6 slate has been put out now that additional Comrades have demonstrated their willingness to serve in various roles inside the African National Congress.