William Mkhaliphi (87),an elderly man of Vuvulane who was arrested and tortured by the police for criticising King Mswati during a 2016 Sibaya gathering is now sick and has warned emaSwati not to attend or speak during Sibaya gatherings saying those who express themselves are subsequently targeted. 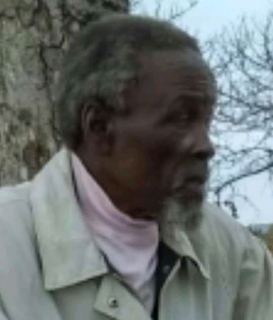 Speaking to this Swaziland News, Mkhaliphi said after criticising the King for grabbing land from Vuvulane farmers during the 2016 Sibaya, he was arrested and detained for 12 days by the Tshaneni police and subsequently caught pneumonia.

“My wife died from stroke soon after my detention, I was also diagnosed with pneumonia after my release. I was arrested for my Sibaya submissions but the police also fabricated theft charges to add weight into their case. They accused me of stealing farm implements worth close to E1billion belonging to a defunct company that was operating in Vuvulane farms but the charges couldn’t stand due to lack of evidence. I would like to warn emaSwati not to attend or speak during Sibaya gatherings, that place is a lion’s den”, he said.

Phindile Vilakati, the eSwatini Police Spokesperson had not responded to our questionnaire at the time of compiling this report.

Shortly after making the submissions during Sibaya in 2016, Mkhaliphi's case was reported by Denmark based Kenworthy News Media quoting a report by Africa Kontakt, where he stated that small-scale Vuvulane sugar farmers were bullied and their water supply were closed.

Reached for comments, Sibongile Mazibuko, the President of the Ngwane National Liberatory Congress (NNLC) confirmed that the freedom of expression was not guaranteed after making a submission at Sibaya.

“The fact is that the Sibaya is at the King's palace, you are expected to speak in his terms.All resolutions taken there are not implemented, if you make a follow up, you get fined like what happened to MP Phila Buthelezi when he called for an elected Prime Minister, which was a Sibaya resolution",said the NNLC President.

Should Jacob Zuma be BACK AS PRESIDENT? Ramaphosa has failed us as the President

Take a look at the stunning pictures of Makhadzi

Zimbabweans are being persecuted and driven out of Botswana by the local Batswana population.

As another body is discovered mangled, Hillary Gardee's father SHATTERED. Take a look at his message