On Monday, the DA handed over a newly built home to a family in Pongola, KZN, more than two years after devastating floods washed away their last possessions. The Xabas struggled to secure an RDP home at the time and insisted that their loyalty to the DA was a major obstacle.

The Xaba family says they were denied the opportunity to build an RDP house because the local ANC council "knew they voted for the opposition." However, this only encouraged other DA voters to show their community spirit.

On Monday morning, prosecutors confirmed that a collective of Pongola residents had spent the past two years building a home for the Xabas, and the party will officially hand over the keys today. While the helpful locals have been praised, the blues are still quite averse to the charges brought against the ANC councillor.

In a statement issued this morning, the ruling party was criticized as a "sad and indifferent organization." "DA-KZN leader Francois Rodgers, along with the leadership of the Zululand North constituency, will deliver a home to a family in need. In 2019, the Xaba family lost their home due to heavy rains. The local ANC council has told this family that due to their loyalty to the Democratic Alliance, they will not get a house from the RDP. "

"DA members from this constituency came together and began to build this two-bedroom house to restore the dignity of this family. Today the public prosecutor will officially hand over the house to the Xaba family. " "People in need are abandoned because of an indifferent ruling party. The people should expel the ruling party in Pongola and elsewhere in this country for failing the people of that country.

Their story does not make any sense to me. How would the ANC know that they had voted for the Democratic Alliance? Since when is a person's vote a secret unless they have told someone about it? People should keep quiet after casting their food because they might end up in a situation like this one where they will blame people for their misfortunes. 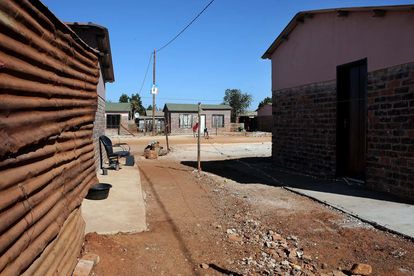