Can it be the second of November already? We have seen enough. Enough is enough with the bloodshed! Just on Friday night, another ANC councillor candidate was murdered in a hail of bullets. Siyabonga Mkhize and another party member were shot dead during door to door election campaign at Cato Crest in Durban. According to the police, the murdered ward councillor was sitting in bakkie with three other people after campaigning when lone assailant attacked them. The sad part avout Mkhize's death is that he died for fighting against corruption. According to residents in Cato Crest where Mkhize was shot dead, there is infighting between two ANC factions. It is alleged infighting is result of alleged corruption and nepotism. The residents say Mkhize was murdered because he was fighting against such elements of corruption. It is sad that in the ANC, if a person is against looting and corruption, he ends up dead

Meanwhile, on Saturday, ANC KZN leadership visited the family of murdered ward 101 party candidate Siyabonga Mkhize at Cato Crest in Durban. The members say they will not rest until Mkhize's murderers are brought to book. According to them, it is not fair that a man who was all about doing good had his life cut short by people who arebun politics for the stomach. 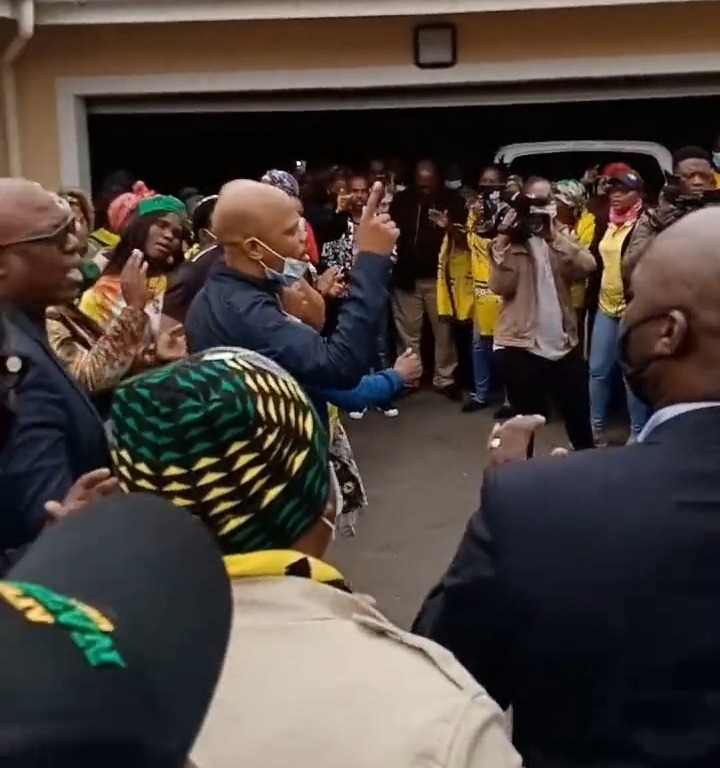 Image: ANC members say they will not rest until Justice for Mkhize's death is served.