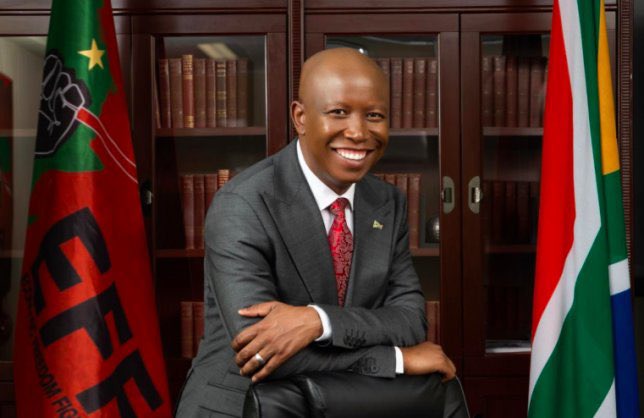 Julius Malema is one of the most outspoken figures in the South African political circles.

In the year 2021, he made a visit to the former president of South Africa Jacob Zuma where the two shared a cup of coffee.

No much detail was given of the meeting but it came out with lots of mixed reactions. Some were against it while other were in full support.

Rumours are now surfacing on social media that many other politicians are stampeding at the former president's gate as they wish to have coffee with him too.

Reports which surfaced today indicate that the ANC Women's League national leadership will be visiting former president Jacob Zuma at his home in Nkandla.

Their mission is not yet known as they will be visiting someone who brings a divided opinion in the ANC itself.

Another rumors which is trending on twitter at the moment is that the ANC top 6 wanted to meet Zuma and Zuma said Cyril Ramaphosa is not welcome at Nkandla.

It is yet to seen if the other five remaining members of the top 6 will stand in solidarity with Ramaphosa and decide not to go or they will go pay a visit and have the tea with Zuma at Nkandla.

What puzzles many is why is that politicians are now rushing to see Zuma?

This has given the impression that Julius Malema is really a leader. He paved a way which others are following now that is having tea with Zuma.

Some claim that whenever JuJu speaks the whole of ANC listens! And this claim is slowly turning out to be true.

Some are now labelling Malema as the indirect leader. Others accuse Ramaphosa for letting the internal wars in the ANC to get up to this extent.

At the moment Zuma is at loggerheads with the Zondo commission over the state capture inquiry which he is refusing to attend or comply with.

This led to the Zondo commission advising the judiciary to sentence the former president to two years imprisonment.

Malema is slowly turning out to be a key figure in the ANC internal wars while he has his own party the EFF.

By refusing to attend to the Zondo commission, this has clearly given the picture that laws are rarely observed in the country and makes it a lawless country.

Zuma now appears to be above the constitution and politicians are toying with the judiciary to gain political mileage.

Zuma has dropped a bombshell on Ace Magashule's case

The Public No Happy With Rasta's Painting Of Lufuno

Lungisa Claims He's Poor As High Court Orders Him To Pay R844,000 For Assault "I Have Two Cats"

Watch:ANC KZN places up united the front as Ramaphosa leads with the aid of using election marketing