MUST SEE - The South African flag

The South African flag consists of equal sized horizontal lines with red top and blue bottom. These blue and red lines are separated by a green Y-shaped stripe with thin white stripes around them. On the left side of the flag is a black triangle surrounded by a thin yellow strip. 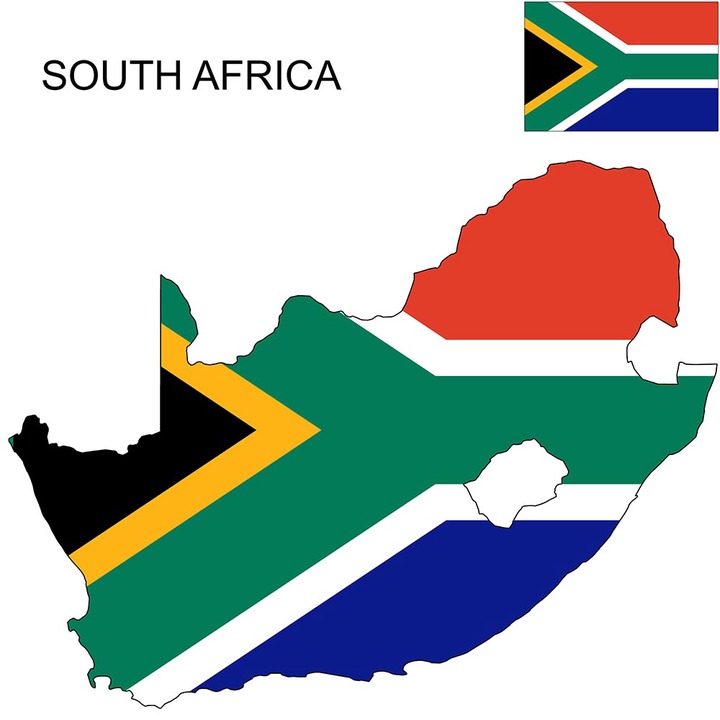 Although colors don’t have a formal meaning, black, green and yellow colors indicate Nelson Mandela’s political party, while the red, white and blue colors are also found in the African National Congress and the old Boer Republics flags. The South African flag was inspired by the colors and meanings of the old South African flags. Here, the red color; blood flowing in conflicts, blue; sky, green; the territory of the country, black; Black people in Africa, white; European people, yellow; symbolizes gold from natural sources.

Europeans discovered the South African road at the end of the 16th century, and by the beginning of the 17th century they had begun to invade South Africa. During the 18th century, the population of Europeans continued to increase in an uncontrolled manner. In 1909 the representatives of the colonies were gathered together to form a constitutional union and the South African Union was formed on May 31, 1910. With this new union, colonies were divided into provinces. The blacks in all other states, except for the Cape state in the South, were deprived of their legitimate rights. The South African Union called for a flag to represent its existence and the British Flag became the national flag of South Africa. The flag contained the British flag on the red background and the shield of South Africa. In 1910, Britain was allowed to use this new flag on the seas.

Until 1925, the country used the British flag without any objection. After the first government of South Africa was established, it was asked to be a different national flag from the British flag. The British government felt that the South African government was trying to get rid of the symbols of the British empire on the flags, which led to a three-year civil war. In 1927, an agreement was signed between the parties and a flag was designed to represent South Africa under Britain.

This flag first rose to the skies on 31 May 1928. This flag consisted of three colors. Horizontal stripes in orange, white and blue. There are three small flags on the white line. The first is the flag of the United Kingdom standing on the left side, the second is the old flag of Free South Africa in the vertical form, and the third is the flag of the Transvaal province, one of the founders of Union of South Africa.

In addition The Republic of South Africa is an African country where you can explore natural life with safari tours, visit national parks and participate in cultural activities. It is one of the crowded countries in terms of population in Africa. Founded between Pretoria and Johannesburg, Sun City is a popular holiday destination for tourists. This city is called Africa’s Las Vegas. There are three capitals, Pretoria, Bloemfontein and Cape Town. The official languages are English and Afrikaans. Apart from these languages, local languages are also spoken. They use Rand as the currency. 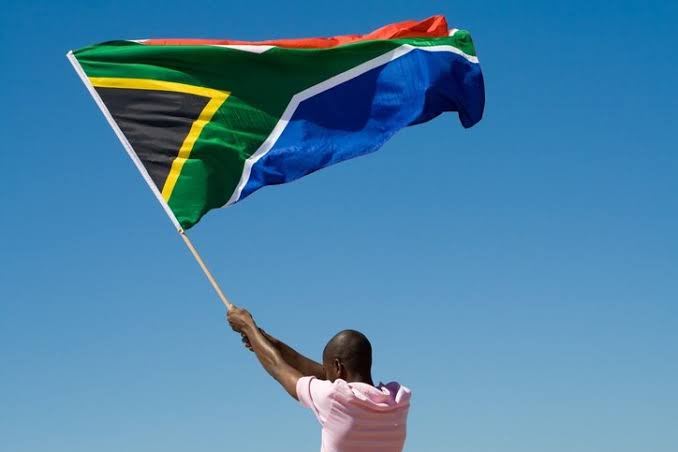