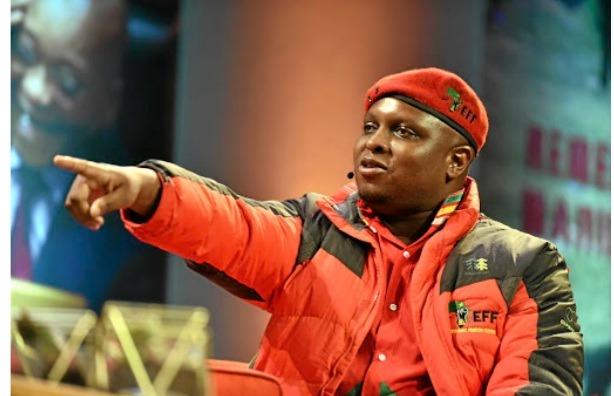 Deputy President of EFF, Floyd Shivambu has accused Encoch Godongwane of being a factionalist and other things. Shivambu took ti Twitter to lash out at Godongwana saying: "That factionalist, COPE Founder, convicted fraudster Godongwana is talking rubbish and it’s unacceptable because the ministry he leads, oversees the institutions (FIC, SARS, SARB) that must hold ramapho$a accountable. He will suffer collateral damage when we strike!

This comes after the Finance Minister, Enoch Godongwana, has come out in defence of President Cyril Ramaphosa, saying the case opened against him by former spy boss Arthur Fraser is part of a plot to block the president from seeking a second term as head of the ANC. Is the finance minister's statement a precursor to what we should be expecting from SARS and the NPA?Are they busy with a cover up instead of them investigating the matter? 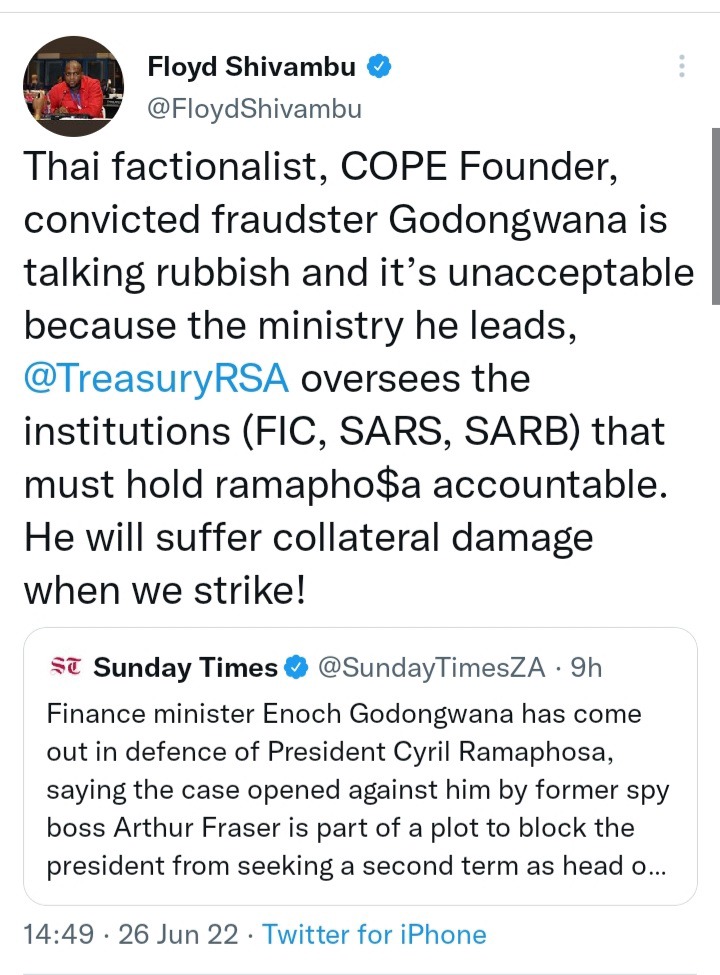 I'm with Floyd on this one What! What kind of statement is this? A Finance Minister protecting a citizen who violated tax and currency legislation. If a whole Finance Minister can say this about a crime scene, then we are in trouble as a country. There's no conscience whatsoever! It's really tragic when adults sing for their supper in this manner in defence of nonsense. Sometimes it's better to keep quiet and let things run their normal course without exposing oneself like that. This is the same thing Gwede Mantashe did. The chairperson of ANC and Minister of Energy and Minerals sparked controversy when he said, "Whe we speak about Phalaphala farm, we are speaking about a President whose money was stolen". Mantashe said people should stop accusing Ramaphosa until SARS and other bodies prove that he was indeed at fault. 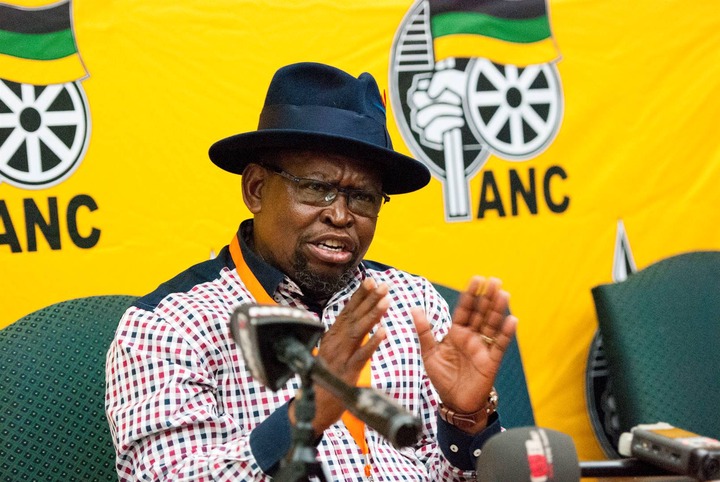 Godongwana seems to be singing for his next meal. A crime is a crime regardless who commit it. If he really want to share his perspective, he should tell us if what Ramaphosa did was against the law or not instead of dragging us to the ANC power, resources control and factional battles.

A 31-yr-old schoolteacher was jailed for having s-x with a 13-year-old student.