Jonathan Moyo tweeted that President Emmerson Mnangagwa has sent Dr Misheck Sibanda to direct Silaigwana & Chigumba at Zimbabwe Electoral Commission to avail to ZanuPF and the Central Intelligence Organisation a list of all polling and election agents from the 2018 election and an updated demographic voters roll disaggregated by gender and age. 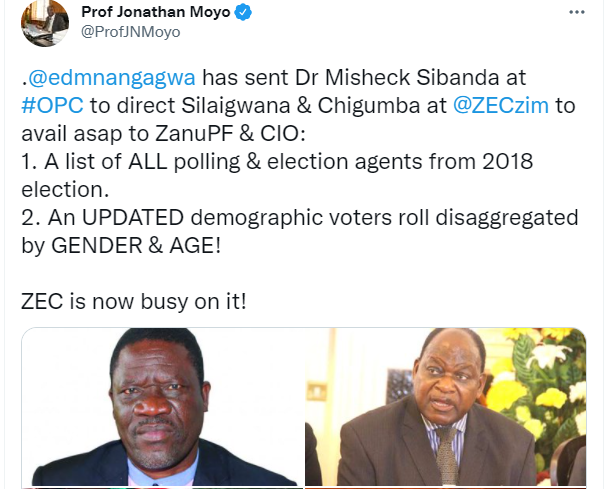 Jonathan Moyo is warning the opposition parties that anyone who was a polling or election agent in 2018 should be thanked for their service and excused from being an agent again in the 2023 election.

"The approach to polling agents in 2023 must be blue; so for now, as they ask ZEC for a list of 2018 polling agents, let them see blue," tweeted Moyo.

Jonathan Moyo is not a fool as he has been in this game for so long before Chamisa even decided to be in politics. The opposition must take action immediately if they want to win. 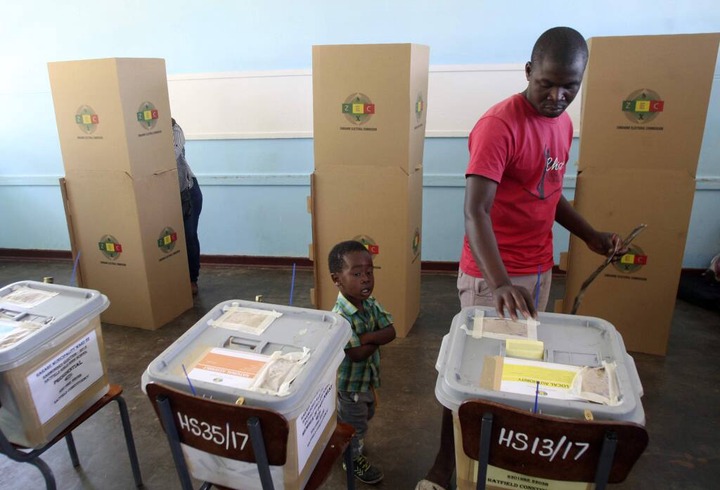 In the last election, the MDC Alliance didn't field enough polling agents and as a result, they couldn't have access to all v11 forms. The following elections will have about 11000 polling stations. In the previous election, some rural polling stations only had Zanu pf polling agents. Chalton Hwende the secretary-general for Chamisa`s Party a few days ago asked for polling agent volunteers and this will give zanu pf an opportunity to infiltrate Nelson Chamisa`s party. A member of Zanu PF can volunteer to be an MDC polling agent. There is no way Chamisa is going to be able to field 11000 polling agents who are loyal to him so if he wants to win this time they have to first find trusted people who are loyal to the party. 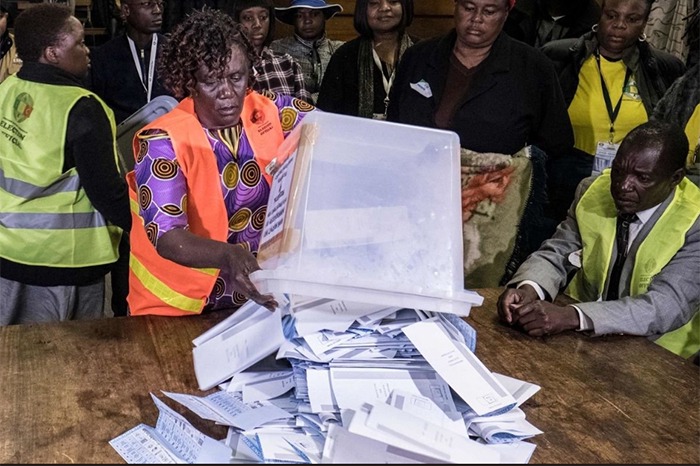 In 2018 some polling agents threaten the MDC alliance over unpaid allowances. That is the reason why Zanu Pf is making sure that Nelson Chamisa doesn't receive any political funding from the government. Zanu Pf if given the list of all polling agents, is either going to intimidate them or bribe them to pose as opposition polling agents again. That is probably the reason why Douglas Mwonzora was given money belonging to Nelson Chamisa so that Chamisa's party will be crippled financially. Fielding loyal polling agents requires a lot of money. It's going to take more than votes to defeat Zanu pf, it takes money, reliable polling agents and electoral reforms. Registering to vote is just one of the first steps in removing Mnangagwa from power. Zanu Pf always plays dirty when it comes to counting votes and election campaigns. If Nelson Chamisa does not plan now on how he is going to protect his votes then he will be a lost cause. 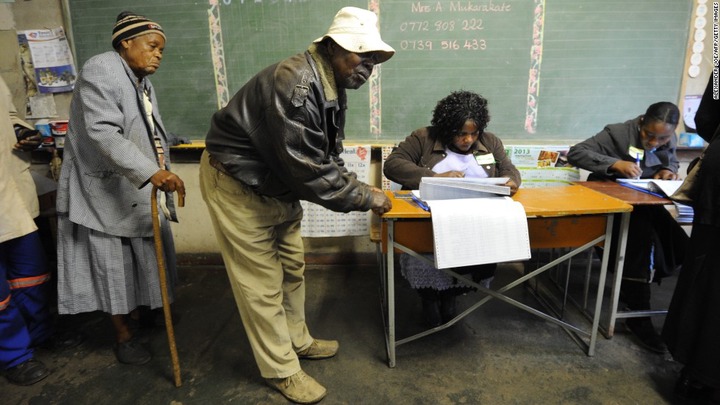 From the way, things are Zanu Pf is the only party that has got a shot at winning the election. Chamisa has to find a way to get funds for his party and small donations will not be enough to protect the people's votes. He has to find investors who will fund his party. That is why Nick Mangwana and Goerge Charamba are very comfortable in saying Chamisa doesn't have a plan as they have seen an opportunity for them to tamper around with the votes. In the previous elections, we saw how the number of votes counted in various provinces did not tally with the number of people who registered to vote in those provinces and districts. This is due to the lack of adequate opposition polling agents . 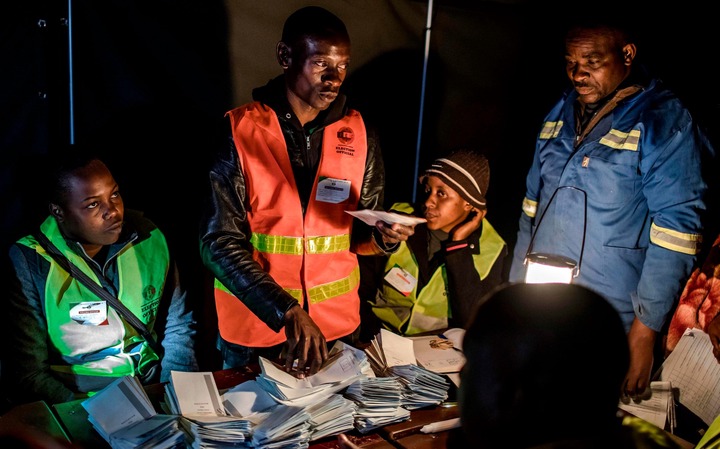 During the time Richard Morgan Tsvangirai was alive the MDC had the same problem again of lack of polling agents in rural areas. Nelson Chamisa has to create a plan. Leave a comment below and let's discuss the way forward for Zimbabwe. Don't forget to follow the page.