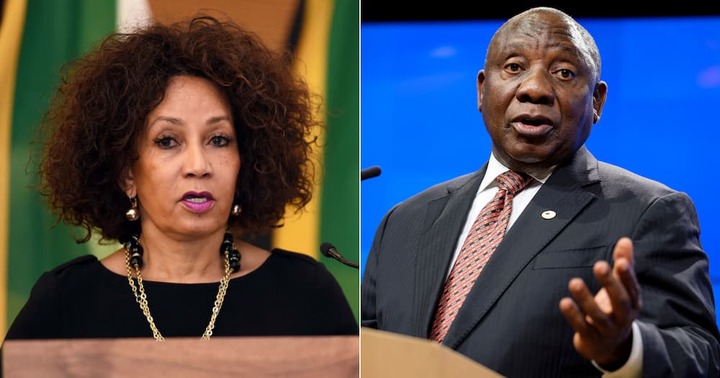 It is official now and everyone can see that the split between Cyril Ramaphosa and the Minister of Tourism, Lindiwe Sisulu is getting very wide and there are no signs of unity that the ANC always preach about.

As the party is heading towards its National General council meeting in December to elect the new leadership, the discord in the party continues to spread wide.

On Thursday afternoon, we witnessed the most shameful thing ever in our country when the office of the Presidency lied about Minister Lindiwe Sisulu in their statement.

We saw two statements attacking each other, the Presidency with the mouth its Minister, Mondli Gungubele and Minister Lindiwe Sisulu.

On Wednesday, Sisulu had a meeting with Ramaphosa at his house to discuss her opinion piece which has caused lot of conflicts in these past weeks.

Sisulu wrote an opinion piece in article where she slammed the judiciary and some blacks judges who are serving the interests of the rich people rather than the poor people who needs their services.

Gungubele, in the statement said that Sisulu has apologized and retracted her statement for those claims.

After hours of that statement published online, Sisulu hit back and declared it a lie, stating that she has never apologized neither have retracted her statement. She said that she stands firm in what she said.

Observing all of this gives us one point, that trouble between Sisulu and Ramaphosa is far to end.