Carl Niehaus yesterday issued some kind of warning or advice to the controversial journalist, Redi Tlhabi, telling her that the president will embarrass her severely one day. Carl Niehaus wrote on Twitter," Lol, did your keyboard get stuck? You mustn’t put your chewing gum there, when you get too excited in your gullible stupidity to believe @CyrilRamaphosa. You must be careful, the man is still going to embarrass you severely”. It should be noted that Redi Tlhabi is a diehard supporter of President Cyril Ramaphosa and have often written apologetic articles in defence of President Cyril Ramaphosa in the past. However, the lady is always at loggerheads with the members of the controversial ANC faction known as the RET ANC. She always falls out with anyone who also identify with Jacob Zuma no matter the basis of such support. 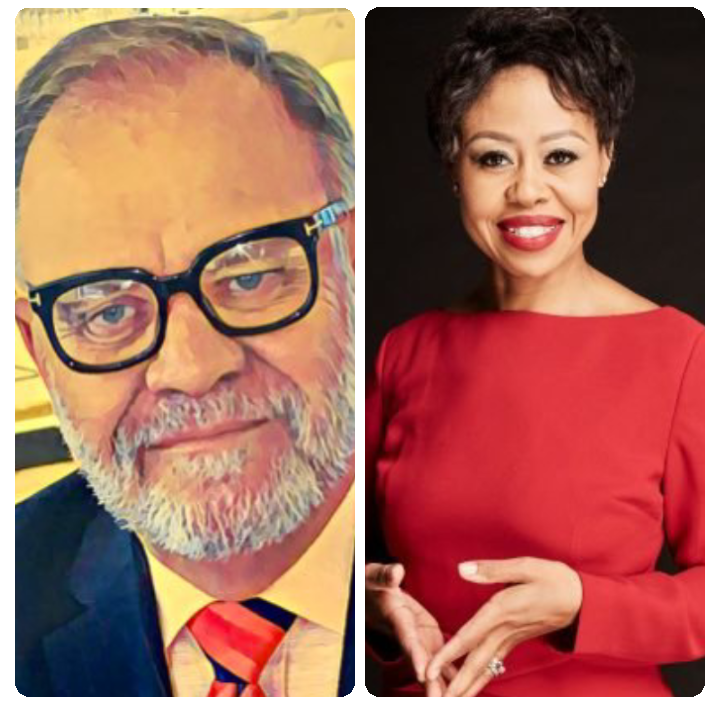 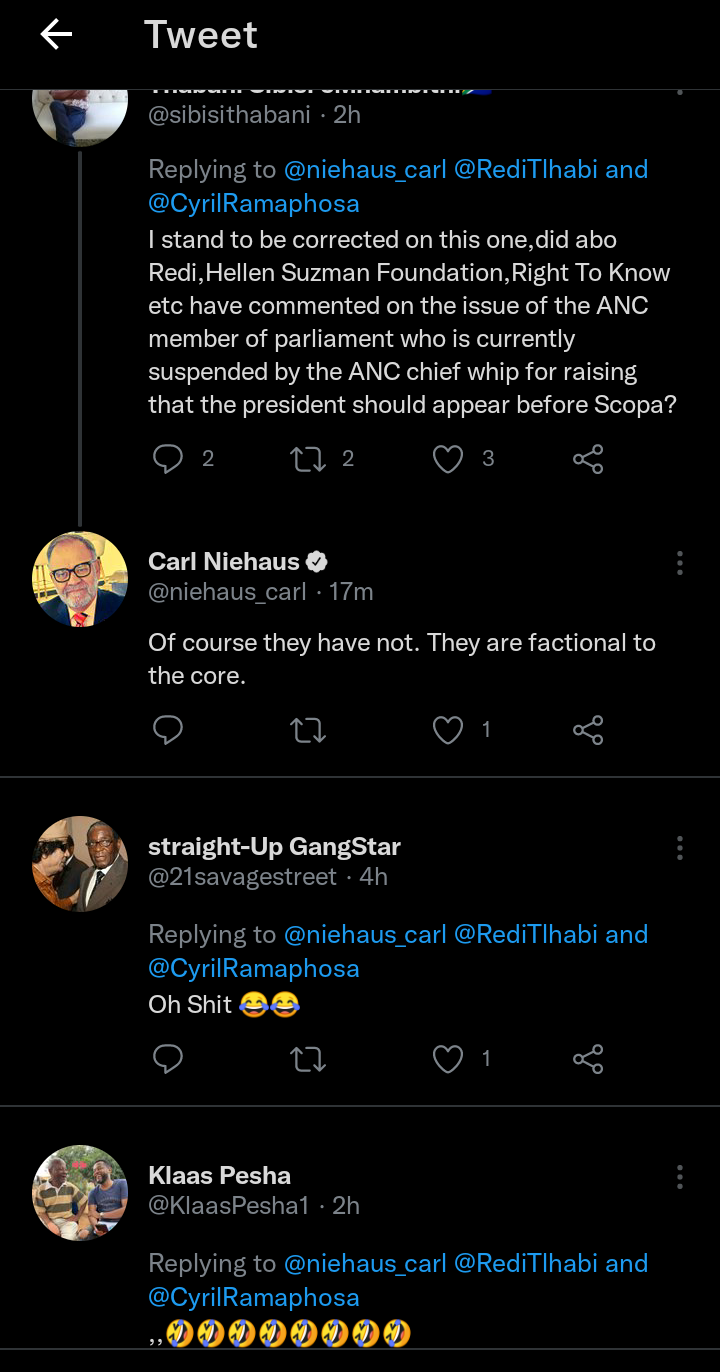 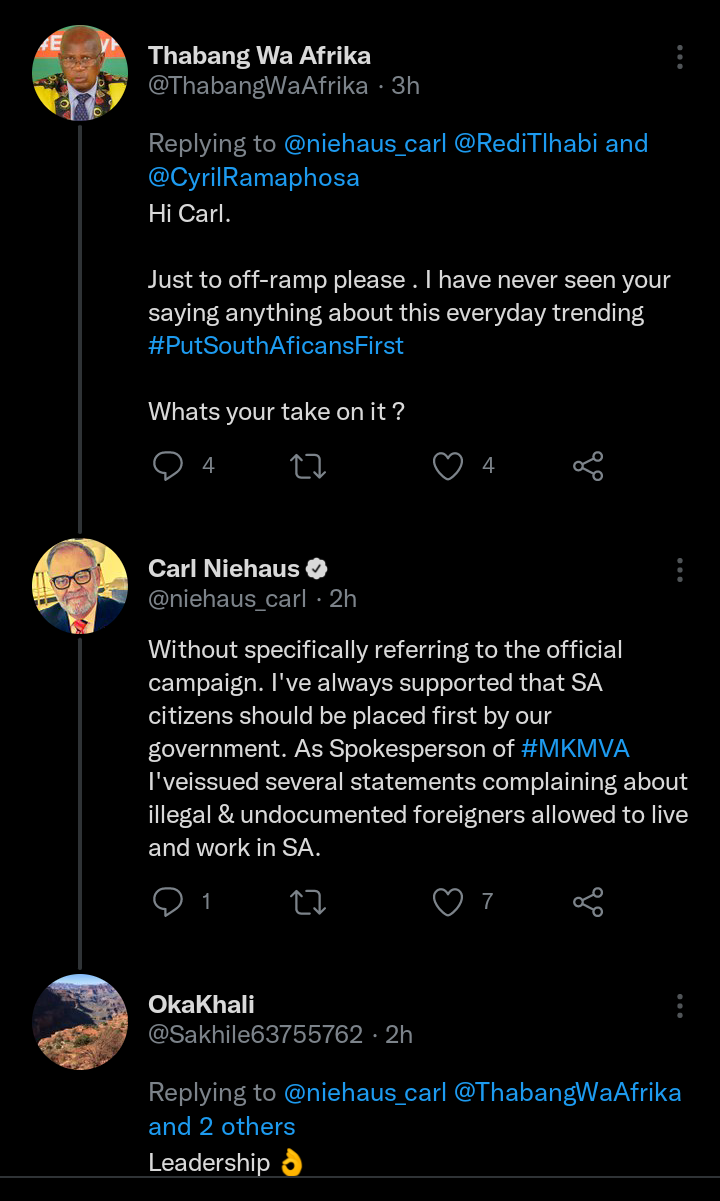 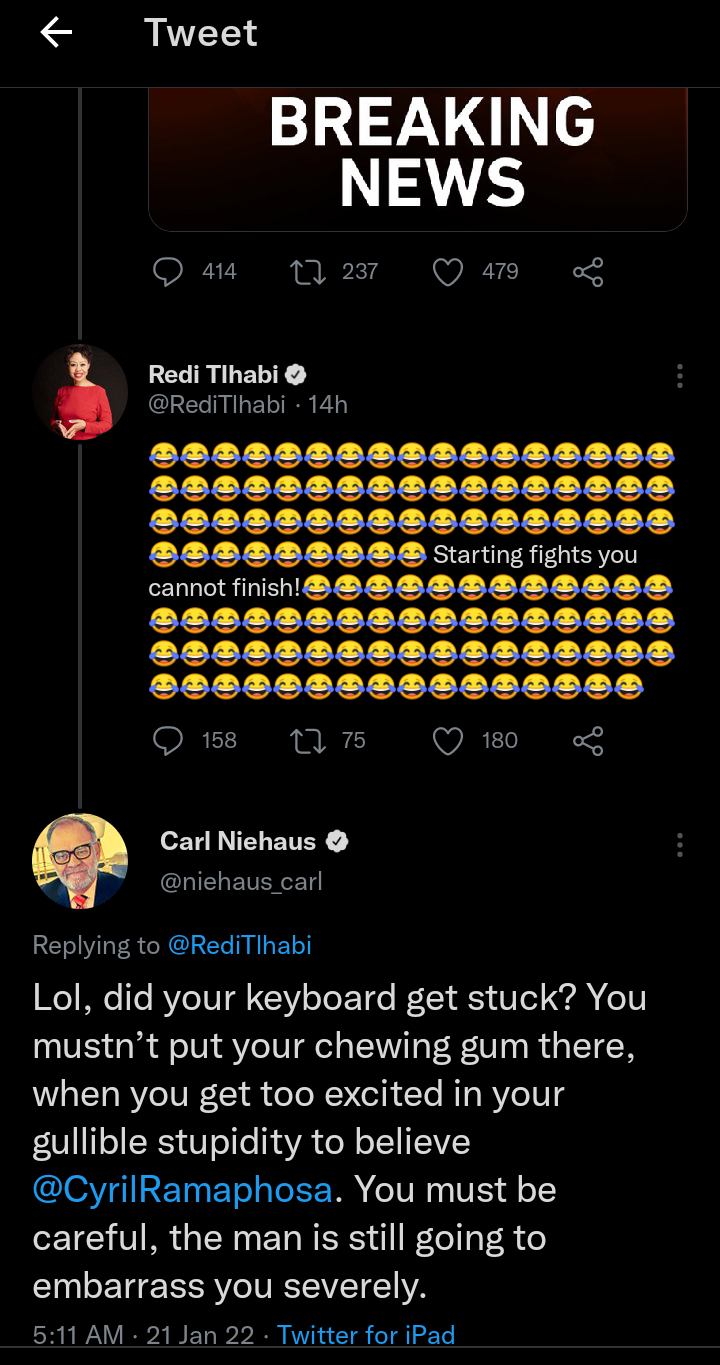 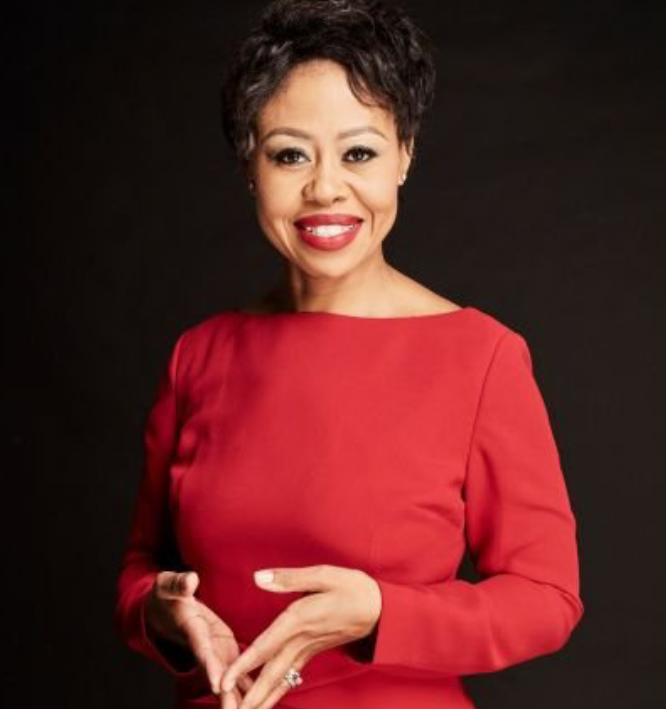 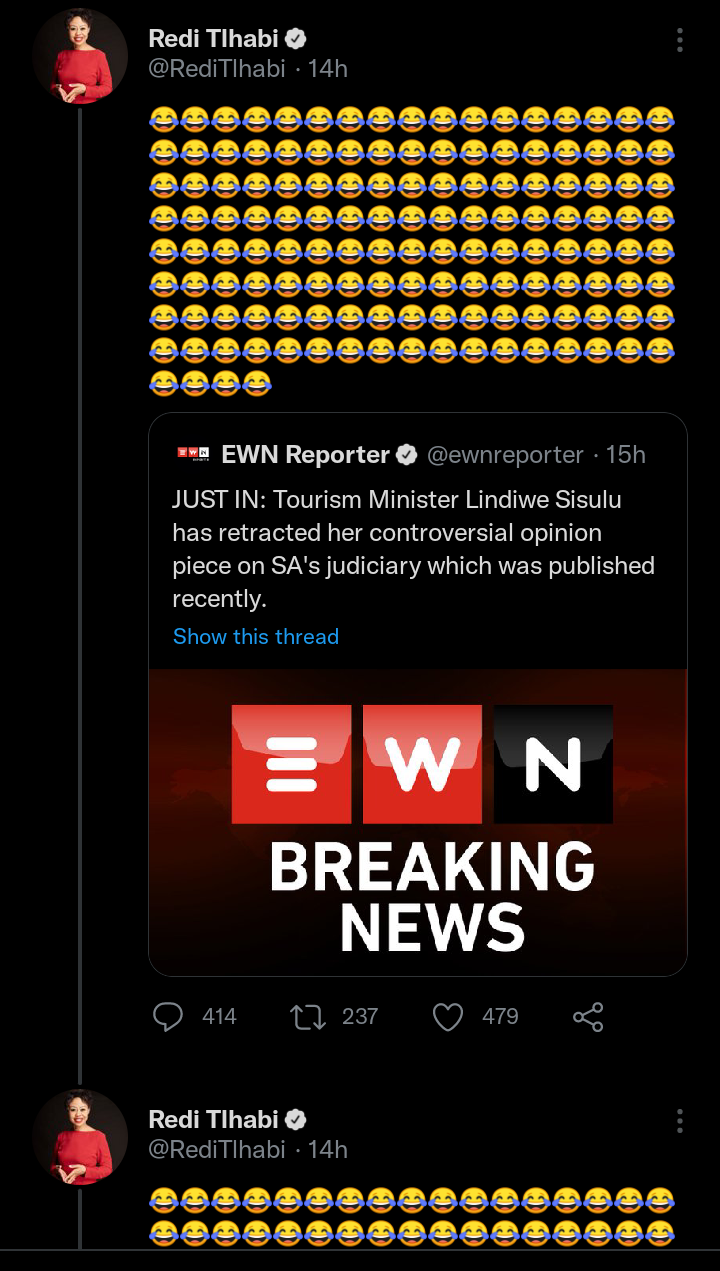 Redi Tlhabi began mocking Lindiwe Sisulu after it was reported that she retraced the opinion piece that had earlier written. Carl Niehaus further warned Redi Tlhabi about the consequences of putting her total confidence in president Cyril Ramaphosa, saying that, “My problem with women like Redi Tlhabi, is that they are enablers for male paternal and sexist behaviour. In typical alpha male style, president Cyril Ramaphosa usurps for himself the right to speak for minister Lindiwe Sisulu, as if she cannot speak for herself, and Redi Tlhabi cheers him along. Sies!”. Someone said this about Ramaphosa," He misrepresented his meeting with Lindiwe Sisulu as usual, you have no doubt that he was given an instruction to force Lindiwe Sisulu to retract to which he failed… But as usual, he will say what his handlers want to hear. Does bafanas not get tired of misrepresenting the truth?”. 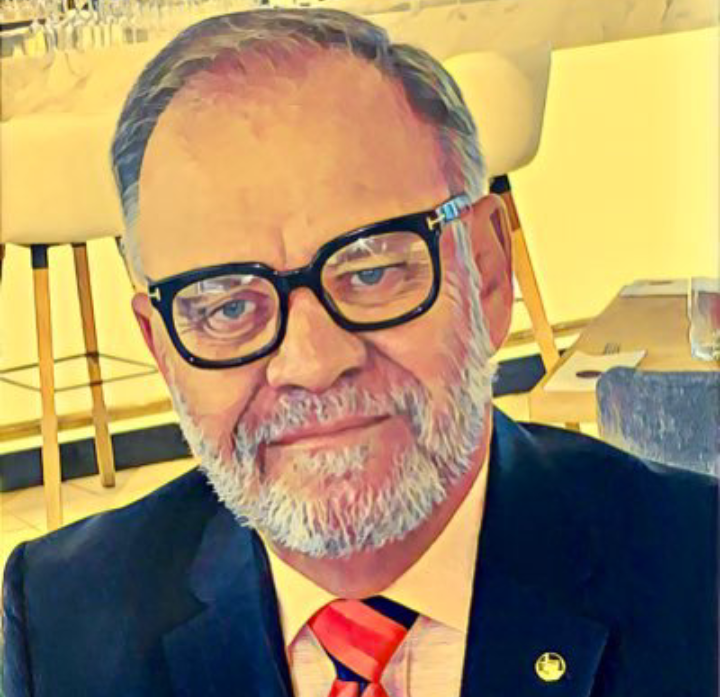