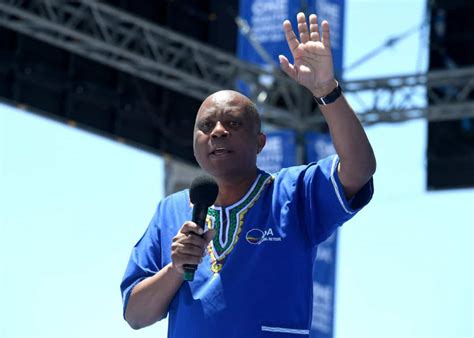 Today, Mr Mashaba is going out there saying under his leadership he improved the lives of marginalized security guards but it was not his idea. In fact he was forced by EFF to do so.

When he was voted into power, by EFF because DA didn't have majority votes, Herman Mashaba's plans was to privatise the waste removal company, Pik it Up.

As he started his job, as a Mayor of Joburg, in 2016, Herman Mashaba and his Tshwane counterpart Solly Msimanga escaped removal by succumbing to EFF pressure to improve the lives of the marginalised workers, said party deputy president Floyd Shivambu. It was either EFF's way or highway. EFF threatened to vote him out and he agreed to insource ordinary workers of the municipality

"He was delaying the insourcing of security workers, and on the day we were supposed to remove him the council took a resolution that all of its security workers are going to be insourced and be paid not less than R8000." Floyd Shivambu told a media company.

Mashaba was dubbed as an EFF Mayor, he even had a rift with his own party because he was loyal to EFF than DA.