The ANC factional battles are hard ones. There is so much infighting within the ANC and now this has filtered down to the ground. Those who are supporting the ANC have a faction that they fall under even though at times they might not want to show, but some are not hiding anything. 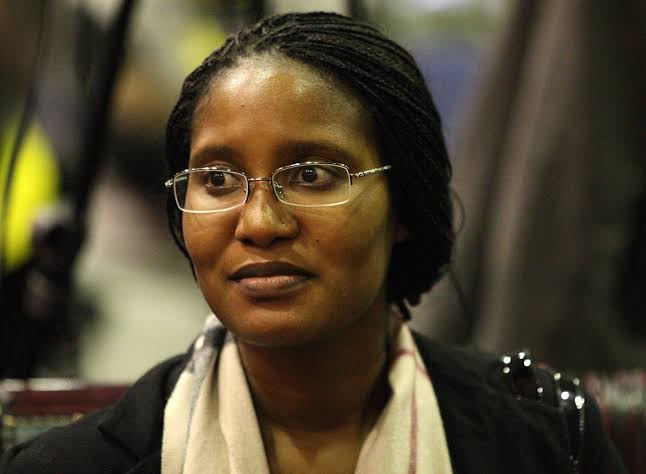 We are now heading to the 2024 national elections and there are more concerns about who is going to be the next president of the ANC, but what is known is that Ramaphosa will be running for the second term which does not seat well with many people especially the RET factions. They have now indicated that they want Minister of tourism Lindiwe Sisulu to run for the presidency.

Now it looks like the other faction of the ANC is now giving up on presidential candidates. We know that Duduzane Zuma said that he wanted to run for president and challenge president Cyril Ramaphosa but it looks like that might not be the case. The fact that Duduzile Zuma says that Ramaphosa will be the president for the second term, means that even her brother Duduzane will not stand a chance against Ramaphosa.

"CR will get a second term.. We will hand it to him on a silver platter if we do not consolidate. This thing of being power hungry for positions and having five candidates for president from the same "faction" is nonsensical and unit. We really can't have another five years of CR" 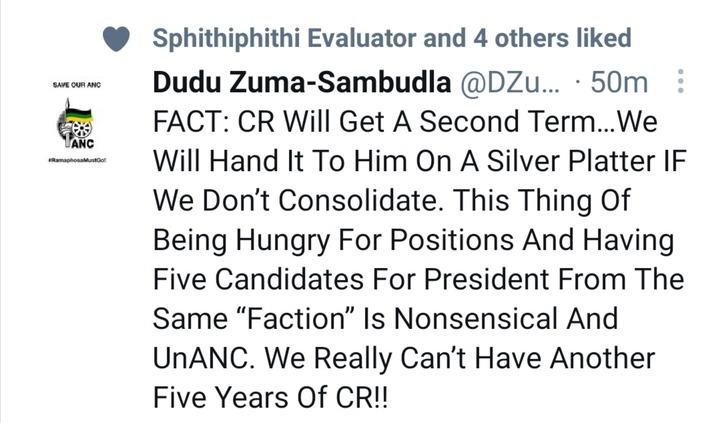 It is now becoming clear to the RET faction that they will not win this time around. It looks like they anticipate another they will get five years of misery if Ramaphosa becomes the president for the second term. They are giving too early. We know that even Magashule wanted to run for president candidate but since he is still suspended, that will not be happening anytime soon.