How much is Jacob Zuma worth?

Who is Jacob Zuma?

Zuma's father was a policeman, who died when he was just five years old, and his mother was a domestic worker. His middle name, Gedleyihlekisa, means "One who laughs while he is hurting you" in Zulu language.He received no formal schooling. 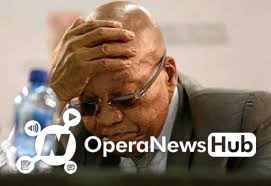 Elections:Run for Presidency for the first time in 2009 and won re-election in 2014.

Zuma is also the president of his political party, the African National Congress (ANC) a position he has held since late 2007 to 18 December 2017.From 1999 until 2005, Zuma worked as the Deputy President of South Africa. In his early years.

Msholozi(Zuma's clan name)joined the African National Congress, which was later banned by the the Apartheid government. He was arrested and convicted of conspiring to overthrow the government and was sent to serve ten years behind bars on Robben Island . One of his fellow inmates at the time was Nelson Mandela.

His political legacy has been marred with controversy. In 2005, he was charged and later acquitted of rape, and in 2009, the National Prosecuting Authority opted to drop charges against him for Corruption and racketeering. Those allegations stemmed from the conviction of his financial advisor on charges of fraud and corruption. Zuma has been married 6 times, and is currently still married to four of his wives: Gertrude Sizakele Khumalo, Nompumelelo Ntuli, Thobeka Mabhija, and Gloria Bongekile Ngema. He is thought to have close to 20 children.

How much is Jacob Zuma Worth?

Msholozi is a 78 year old South African politician who has a net worth of $20 million which almost R39 million.

Looking back at the Zuma soap opera

2019 SONA, take 1: The stage is set for Ramaphosa’s crucial speech

Leaders that have been attacked by their followers