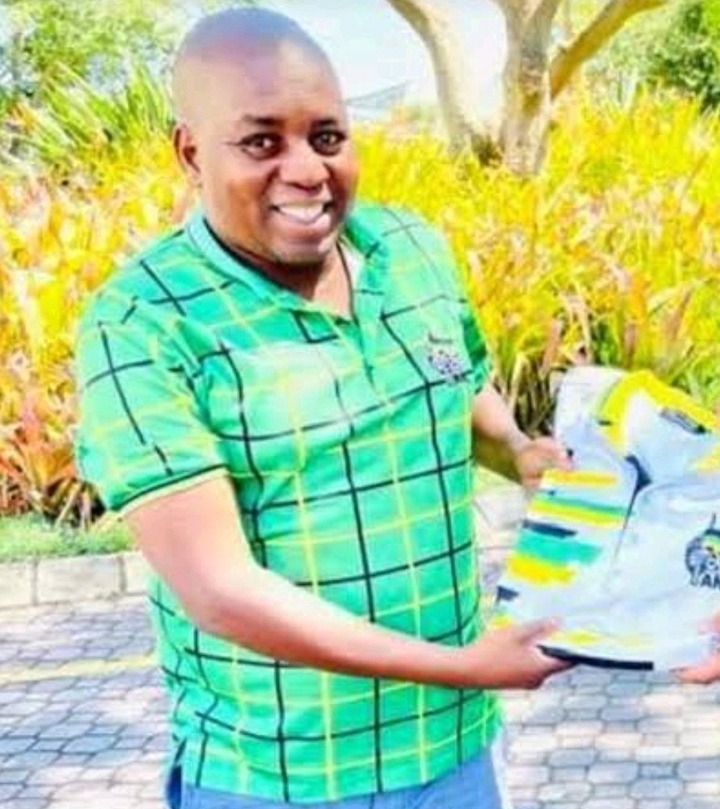 After accusing one of their most prominent members in Mpumalanga of being a foreigner, the ANC is currently the subject of severe criticism. Philemon Lukhele is no longer a member of the ANC in Mpumalanga, the organisation has said, following his indictment in the Hillary Gardee murder case. 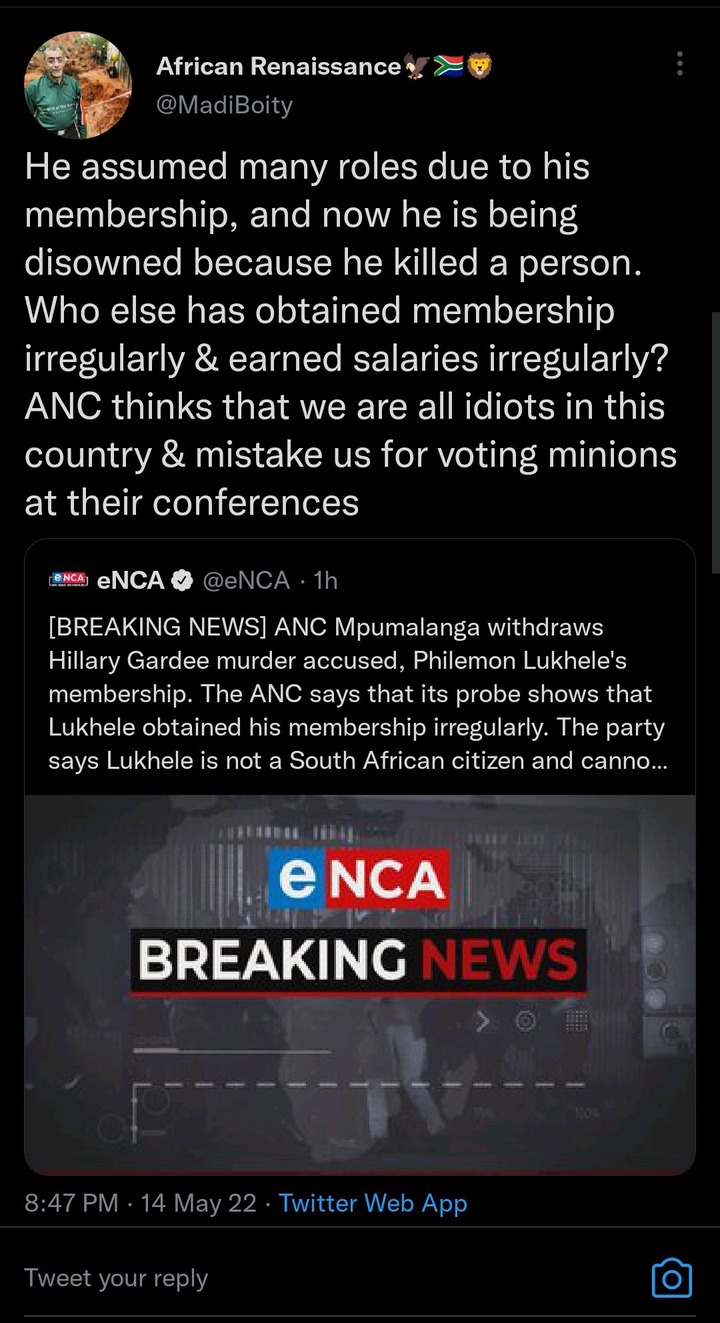 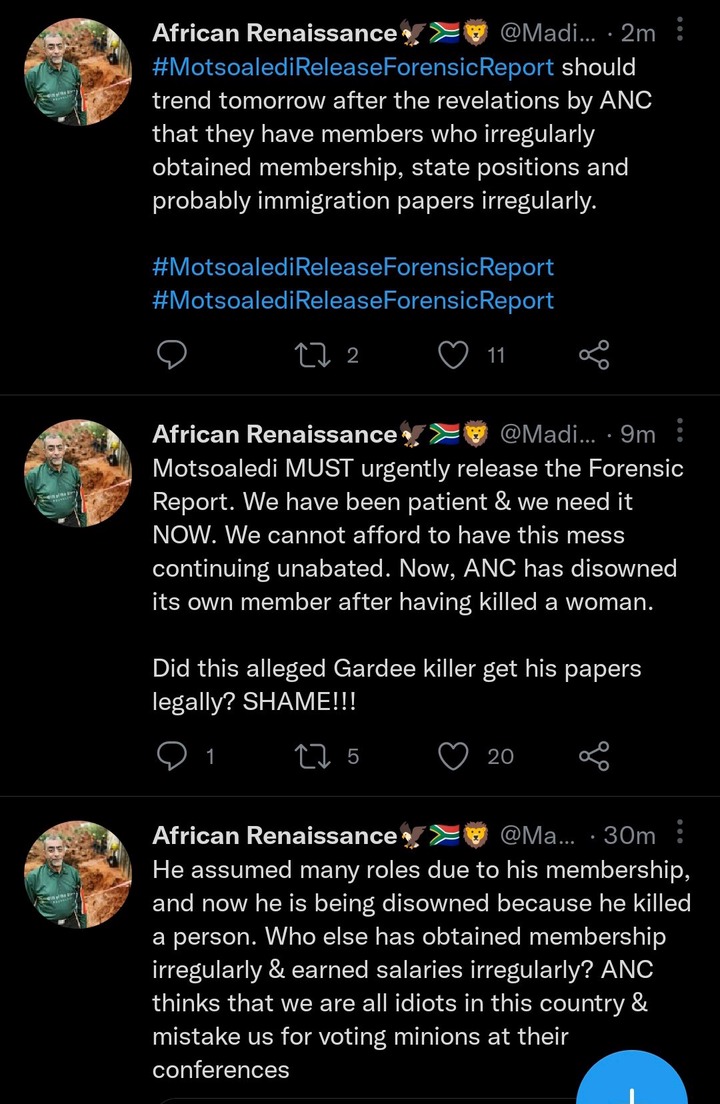 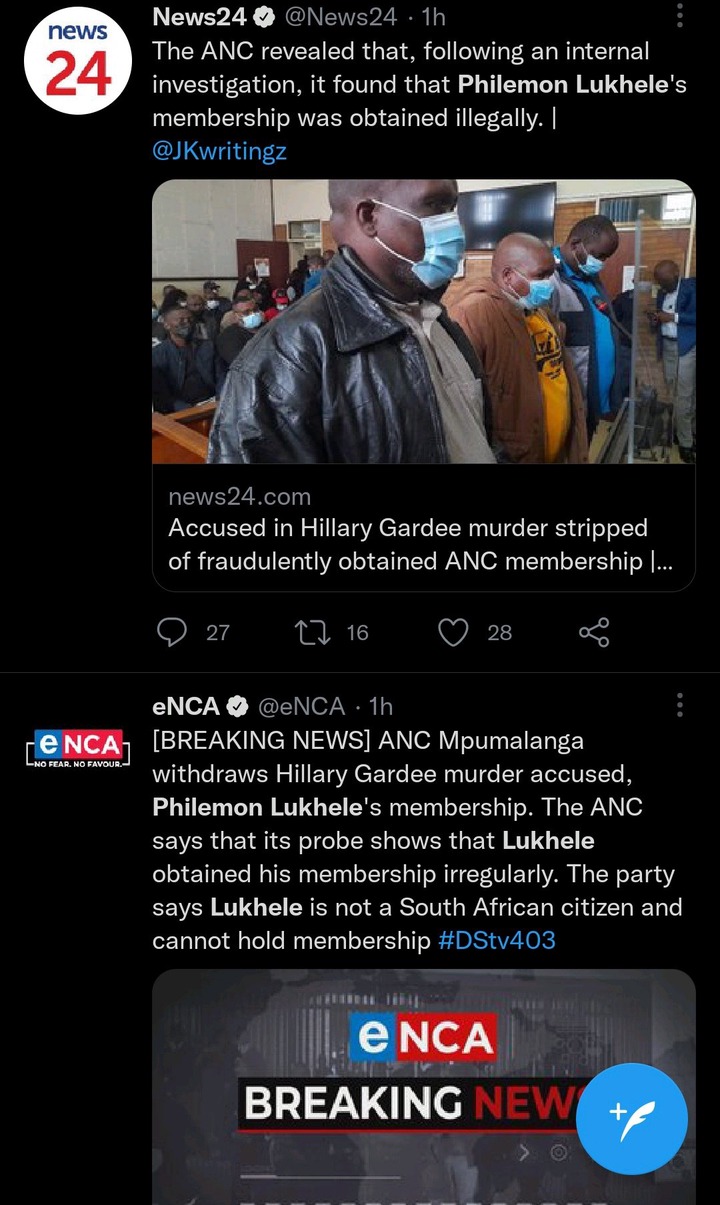 They observed that he got membership in the party through deceit and false information and that he is not a South African. People are now wondering how many additional foreigners the ANC has offered membership to. Why did it take so long for them to realise Philemon Lukhele is not a South African citizen? Madi Boity states, "He assumed many responsibilities as a result of his membership, yet he is now being disowned for murder. 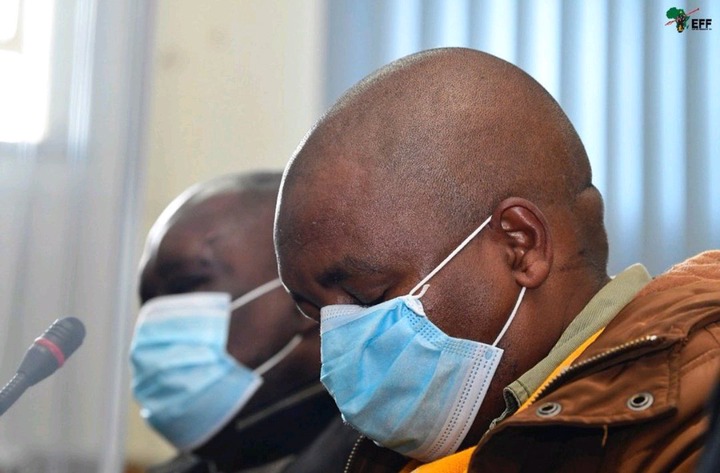 Who else has gotten membership irregularly and received compensation irregularly? ANC believes that we are all stupid in this country and mistakes us for voting slaves at their conferences.

Philemon Lukhele's expulsion from the party was announced by the party's spokesperson, as reported by Newsroom Afrika. Philemon Lukhele's membership in the ANC in Mpumalanga has been cancelled, according to Newsroom. Lukhele is one of the suspects in the slaying of the late Hillary Gardee. ANC Mpumalanga spokesperson Ngelosi Ndhlovu explains". People are now requesting that the minister of Home Affairs, Dr. Aaron Motsoaledi, release his forensic report. Similarly, "the University of Mpumalanga has terminated contracts with Philemon Lukhele (47), one of the three suspects in the murder of Hillary Gardee, daughter of attorney and EFF politician Godrich Gardee."

According to reports, Philemon Lukhele has held a number of high-ranking positions in Mpumalanga as a result of his tight relationship with the ANC leadership in the province, of which he is a prominent member.