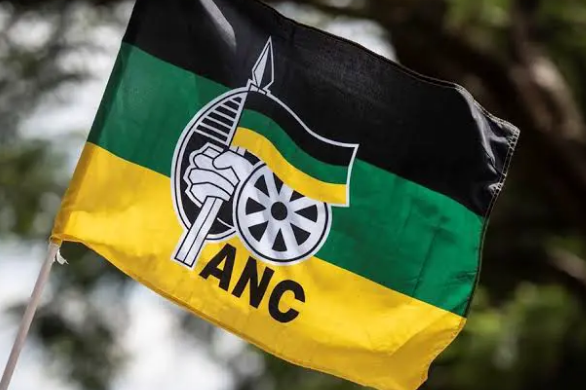 In the coming weeks, the ANC is anticipated to begin accepting nominations for its 55th national elective conference.

Numerous names of potential contestants for various posts have been floated, and to a greater extent, the inclusion of women has been strongly pushed throughout the board.

Thandi Modise, a female contender for minister of defense, reportedly denied a prospective nomination to serve as President Cyril Ramaphosa's running partner in the ANC.

Modise is believed to have informed those pushing for her to run for office that she is unable to do so because "she wants to rest," according to TimesLIVE politics journalist Kgothatso Madisa. This suggests that Modise may soon be thinking about retiring.

Significantly, branches from the Free State Province are alleged to have chosen her as a better candidate.

The 62-year-old has been regarded as one of the ANC's less contentious leaders because his political career hasn't been plagued or stained by scandalous behavior.

Perhaps it was for this reason that her ranking among the top six was perceived as a sign of optimism for women who had fought for their inclusion in senior positions inside the company.

Ramaphosa's campaign for re-election appears to be a shoe-in inevitability by all measured metrics, of course, unless something unusual happens that may ruin his prospects.

In the same vein, based on the number of comrades who are alleged to have expressed interest in the job of vice president, you would be forgiven for believing that it is empty. 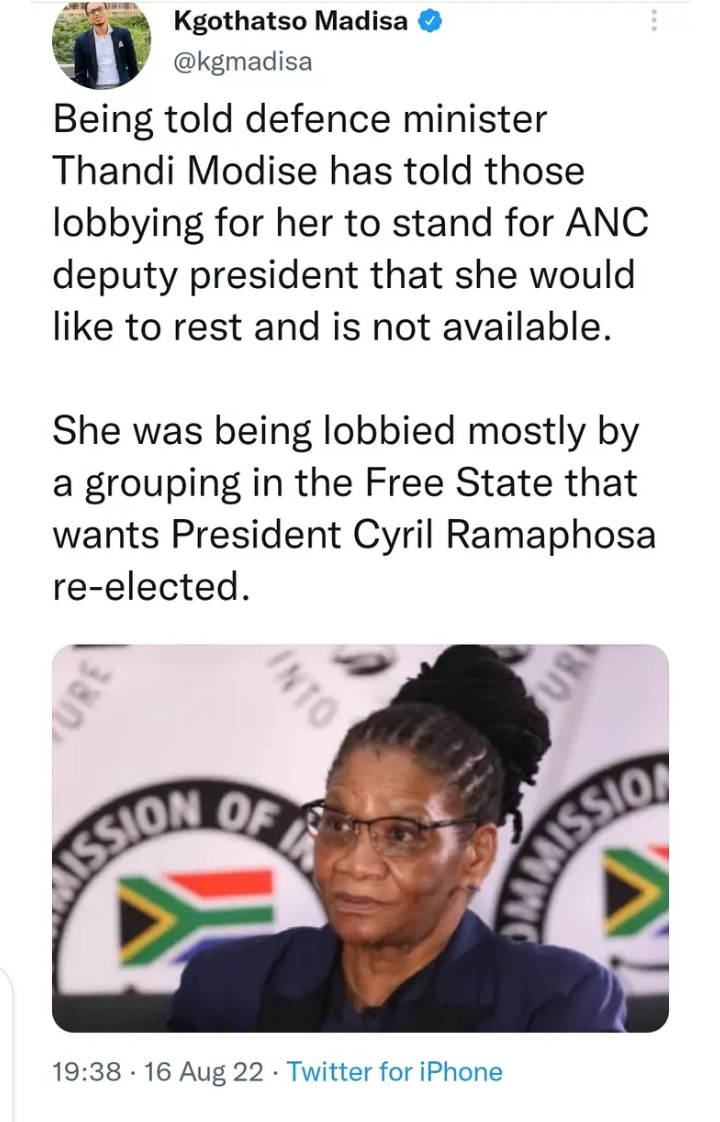 The victory of a faction that is completely opposed to the president's ideological posturing at the Mpumalanga provincial conference left the incumbent, David Mabuza, with little or no support on which to mobilize for his own re-election.

His medical background has also generated a lot of debate within the ANC, with some arguing that the position of deputy president should be held by someone in good health, and that Modise, a former agent of the ANC's military arm, uMkhonto We Sizwe, met the requirement.

Modise's resignation follows that of Gwede Mantashe, who announced last week that he would not run for the position because someone much younger should be taken into consideration.