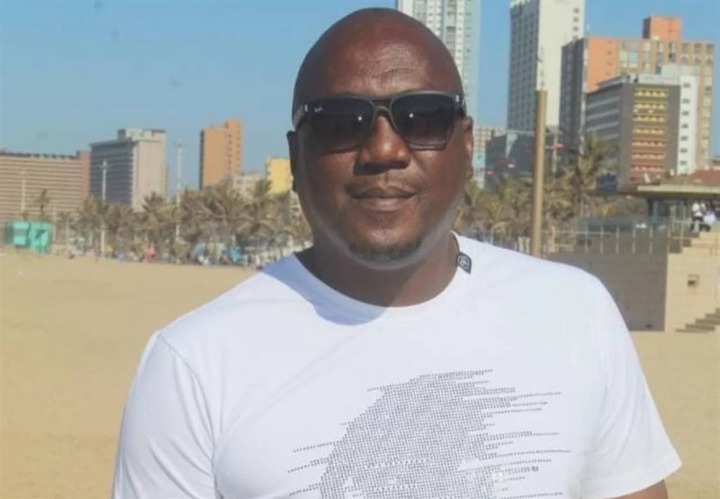 I'm very sad to announce the sad passing of another top politicians, He was murdered over the weekend he lost his life yesterday. The sad part about this tragedy is that ever since political parties started campaigning for local government election several number of politician have lost their lives as a result. 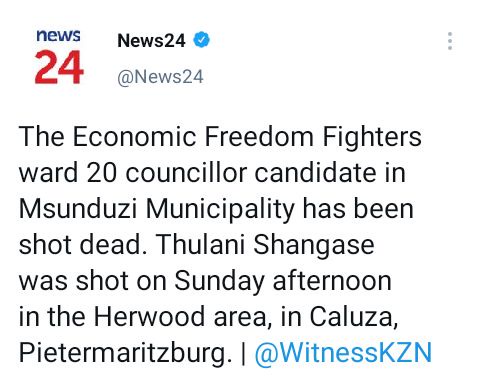 So far no arrest has been made but the police have opened a case hopefully they're going to leave no stone unturned, justice has to be served. This is a very sad day because of this tragedy the Economic Freedom Fighters they won't campaign freely they're going to fear for their lives. 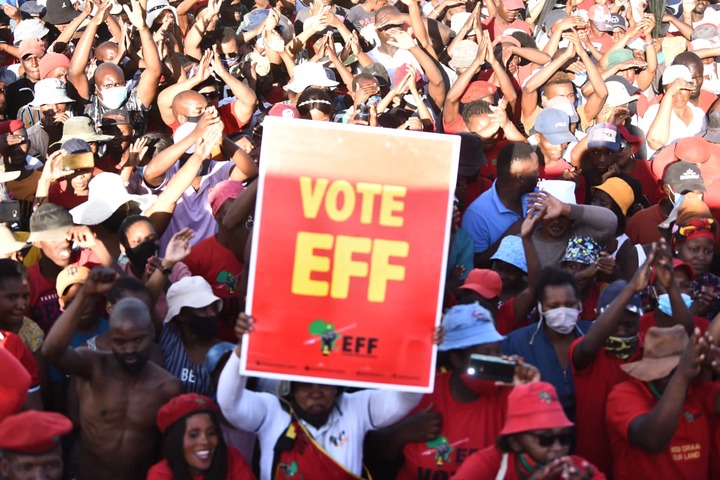 There is a political crisis in KZN. On Friday a ANC councillor was shot dead in KZN and now an EFF councillor is shot dead yesterday. Violence not delay with previously such as the unrest in July will only beget more violence. Leadership seriously lacking in SA.

He lost his life while he was attending a meeting with his fellow comrade, and all over the sudden he received a phone call and he went outside to answer it that is how he lost his life. From the 90s political killings has been a pandemic on it's own, matter's cannot be fixed by a conversation it's really sad may his soul rest in peace. 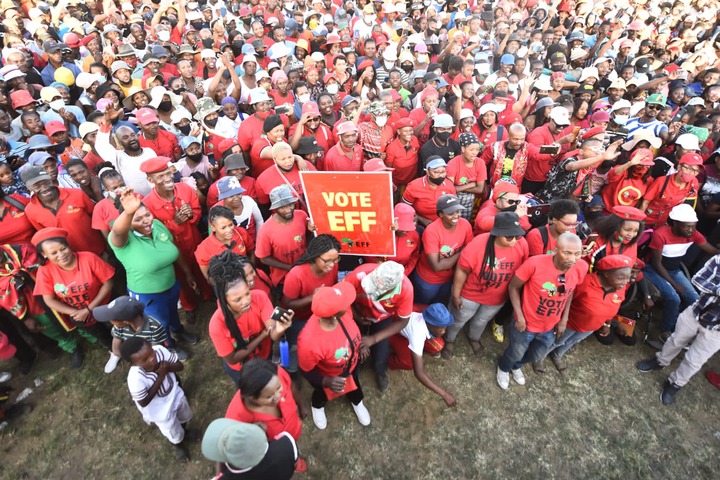 The sad part is that now in South Africa life is very cheap, a lot of innocent souls have lost their lives in KZN province now, they're a lot of unrest in the country right now. What pains me the most about all of this is that we promised safe electioneering, but as a result a lot of people are losing lives. May all the innocent souls who passed away because of political killings rest in peace, violence is never an answer they're not setting a good example.