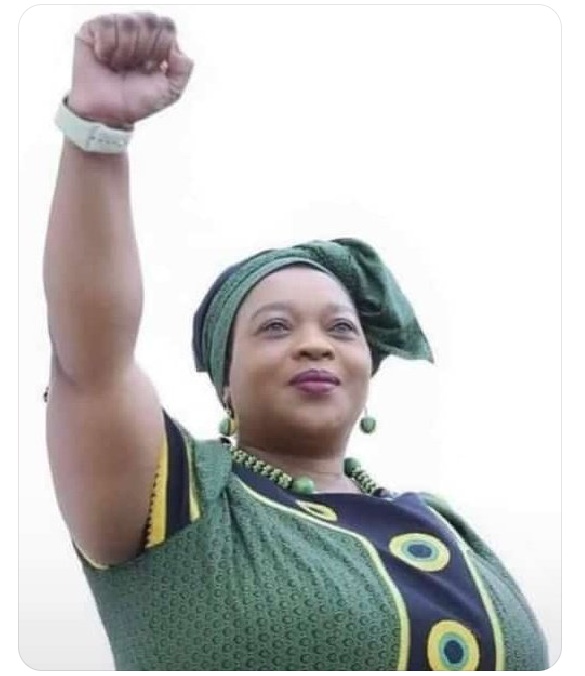 omusa Dube-Ncube has been elected as the new premier of KZN after Sihle Zikalala’s resignation.

The ANC in KZN says that it is Premier-elect Nomusa Dube-Ncube who will then announce the new MECs as that is under the legislature. She's got the experience, and we are finally acknowledging Gender Equality & Woman rather than paying Lip Service. You’re lying again, Nomusa is not a Premier-elect, a premier can only be elected by the Legislature. Nomusa is a premier candidate currently.

Did you know the Dubes and Ncubes are Kalangas. Then integrated with ama Ndbele KaMzilikazi. Who said Mzilikazi is Zimbabwean? There is a group called Kalangas. They have Ncube Dube and their torams are someNdlovu. So Kalangas migrated south and built Zimbabwe. When there was war, the Zulus (Ndebeles) Sheltered them. Just to cut the story short. We send her to go and receive blessings from the old man in Nkandla,the one and only,"Thixo Wase George Goch". Then what is the role of the President in the appointment of the Premiers?

The president has no role in the appointment of premiers, instead just like the president they are elected by the legislature. That's why at this point he's still referred to as a candidate. At least KZN media must take interest in developments around them and report accurately. Well, as I know South Africans they will love the fact that the Premier elect has a Master’s Degree and is pursuing a PhD. Well, as we have seen with some before her, no amount of post graduate degrees can make an ANC leader deliver services to the people. Prove me wrong.

Someone said on Twitter that, Whatever, she's not any different from her fellow thieving comrades. She was parachuted to that position to repay her comrades with fat tenders.

No, she has been nominated by the ANC. The KZN legislature will elect her as premier. Corruption in KZN will be taken to new heights under her leadership. You can rest assured.

SABCNEWS Has it that " Dunga says EFF presence makes no difference, as ANC and DA is the same"

The real issue is that the kind of State Capture by my ANC leaders is individualised.

After being axed as Mayor of JHB. See which Party Mpho Phalatse has been offered to join