A well-known Cyril Ramaphosa's ally, Derek Hanekom lambasted the ANC veteran, Tony Yengeni, after he referred to Eskom CEO as "moron" on his official Twitter account. Tony Yengeni was lamenting about the persistent loadshedding that has befallen the country in recent days. The ANC veteran was reacting to the announcement made by Eskom that on Tuesday, they will implement stage 6 of load-shedding. 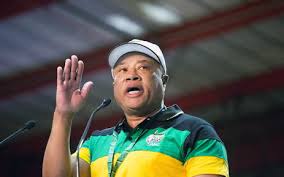 However, the remarks of Tony Yengeni seems to have managed to grab the attention of Cyril Ramaphosa's ally, who was quick, to call Tony Yengeni a "moron", because he allegedly supported those people who seemingly destroyed Eskom in the first place. And Derek Hanekom indicated to the ANC veterans that some people who he supported would soon find them in jail.

Well, Tony Yengeni posted the following tweet "It's stage 4 ladies and gentlemen courtesy of this moron ( referring to Eskom CEO)"

And consequently, Cyril Ramaphosa's ally responded to Tony Yengeni as follows "You are the moron who supported those who destroyed Eskom in the first place. Some of them will end up in jail, where they belong,"

However, the exchange of words between Derek Hanekom and Tony Yengeni prompted some ANC members to argue that it's high time two comrades are sat down and reprimanded for attacking each other in public. 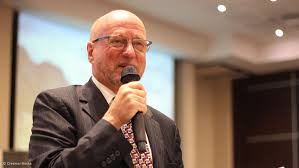