A white lady today mocked the prayers put in place to welcome back former president, Jacob Zuma from prison incarceration, saying that prayers must also be made so that the Guptas will refund the money they stole during Jacob Zuma's Presidency. She made this statement on Twitter after learning about Jacob Zuma's prayer and welcoming ceremony, which in her eyes were unnecessary. She took to her Twitter handle to lambaste those organizing the prayers, saying that the prayers must also include the Guptas to refund the money they took during the infamous state capture. Furthermore, she wrote, “#Jacobzuma I hope during the prayers today there will be a request for the return of the first family The Guptas and the R250 billion lost to state capture under Jacob Zuma's leadership….prayers for Jacob Zuma”. However, as expected, this statement got many of Jacob Zuma's followers and supporters angry. 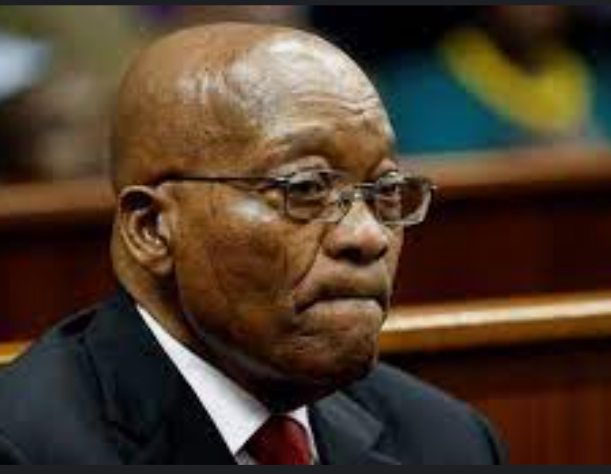 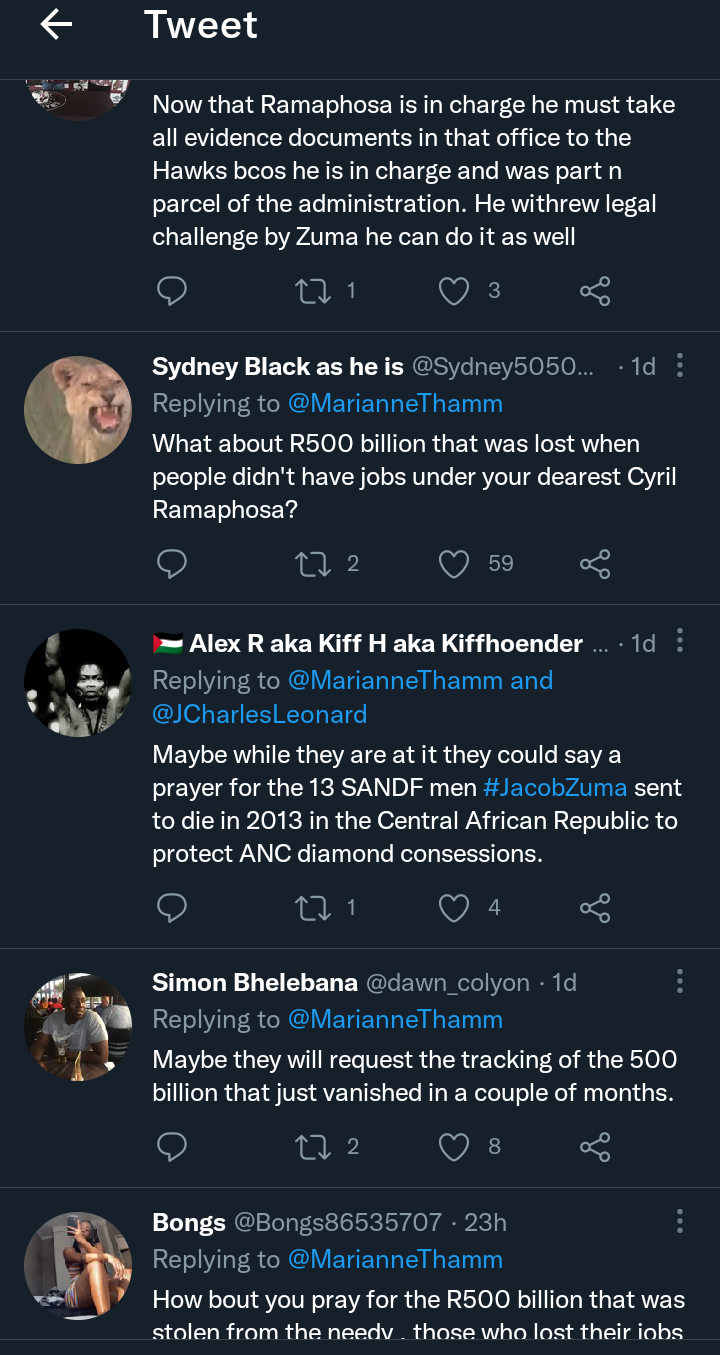 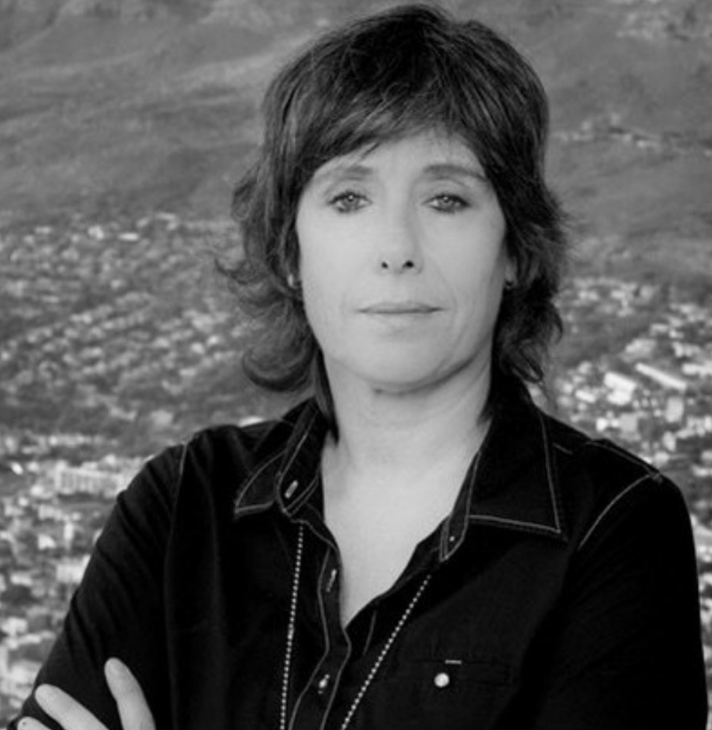 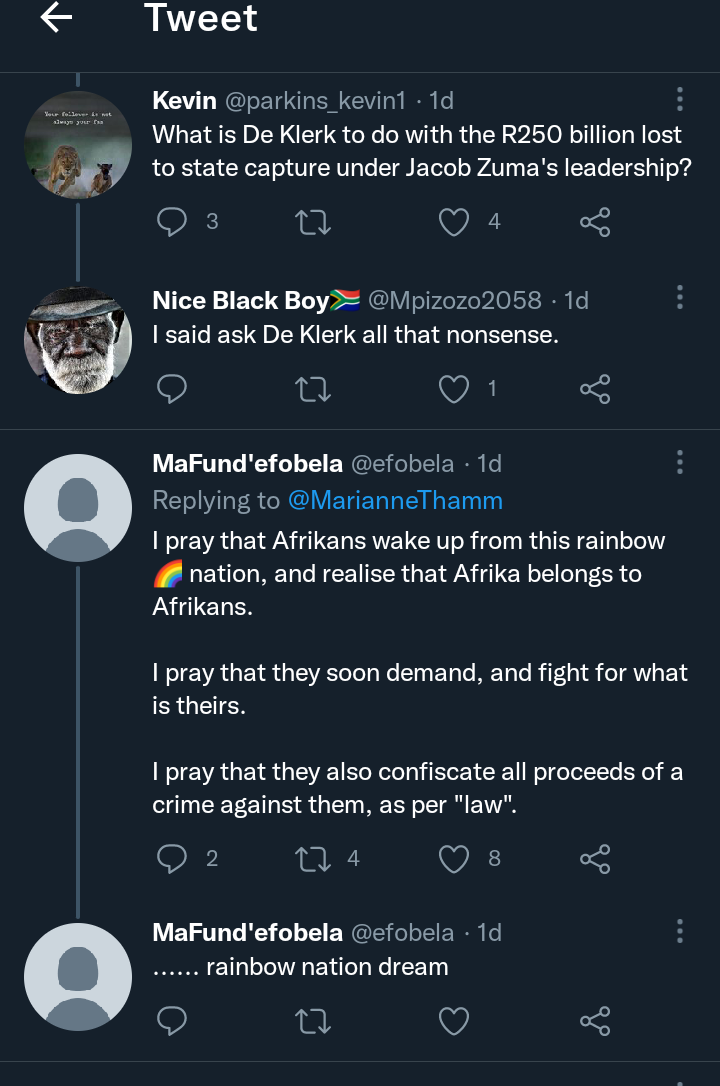 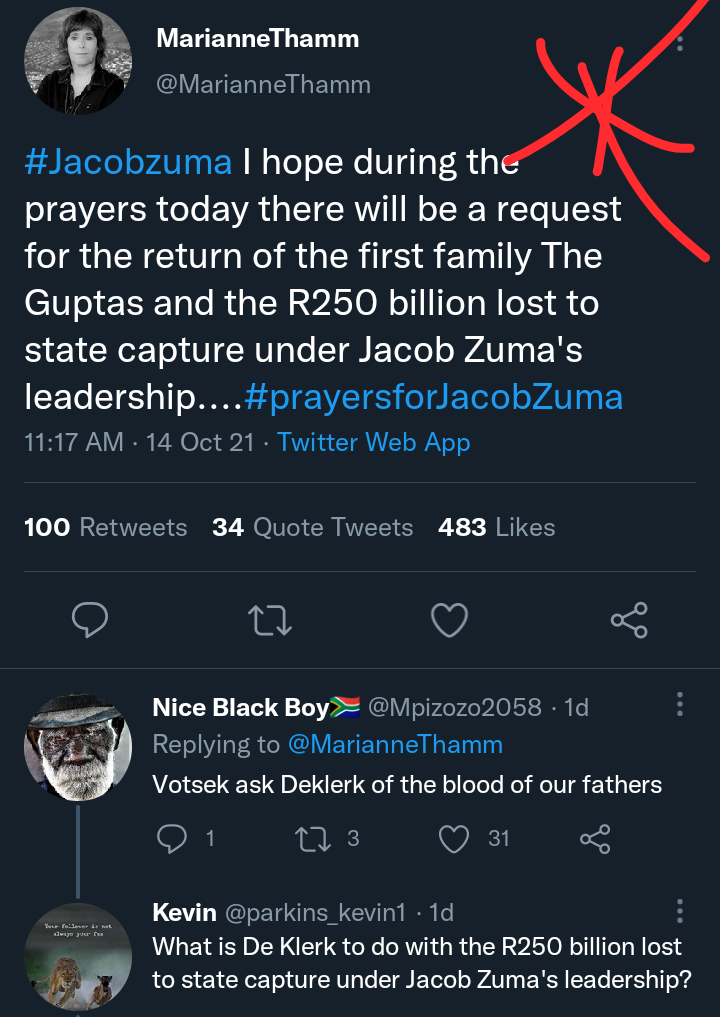 Many people are now attacking her on Twitter for the statement, saying that she made an unreasonable statement that is out of point. A notable Jacob Zuma's follower and confidant said that he would have insulted the lady, but he would not do such because it was obvious the lady had already insulted herself. In another reply, he said that all apartheid government or regime must refund also, all the money they forcefully took. He said, “We also pray that everything white people looted during apartheid and post apartheid be nationalized. Banks, minerals, land, and free education. And also that CODESA minutes be published together with CR17 Bank Statements. Amen”. This lady is probably a member of the Democratic Alliance political party. They are mostly the ones against the parole that was granted to the ex-president, Jacob Zuma, saying that it was hurriedly done and undeserved. They are not pleased with what happened. 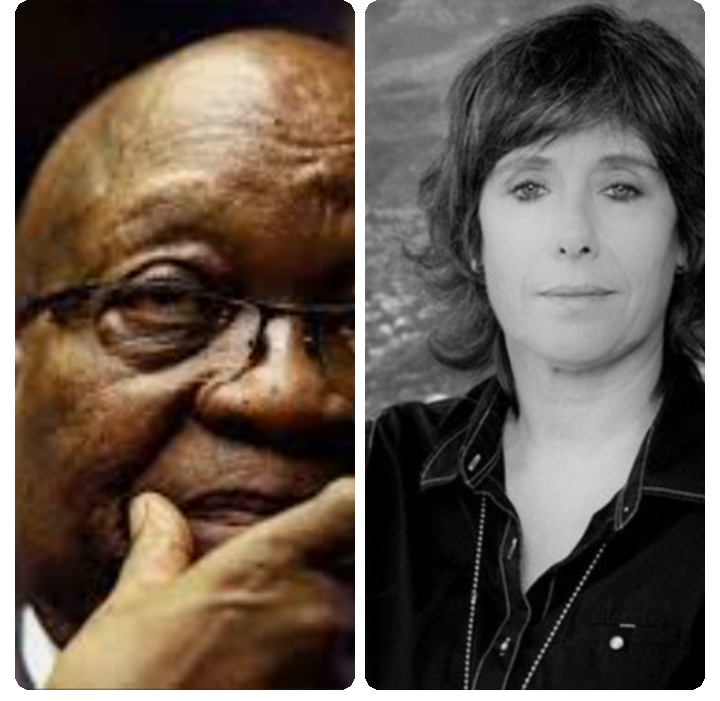 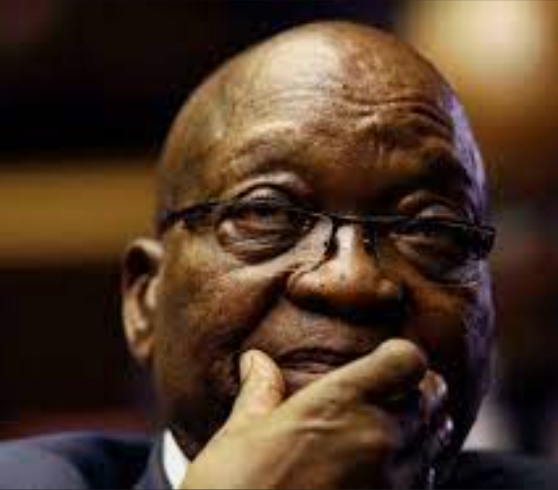 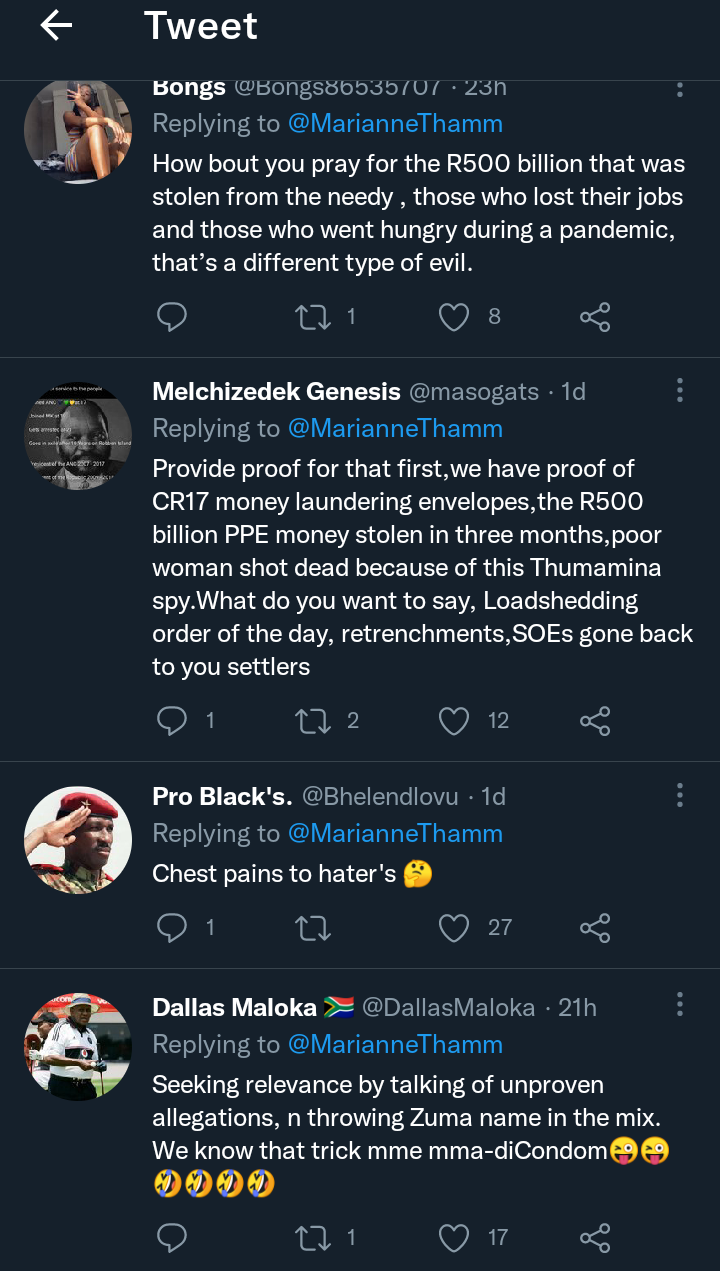 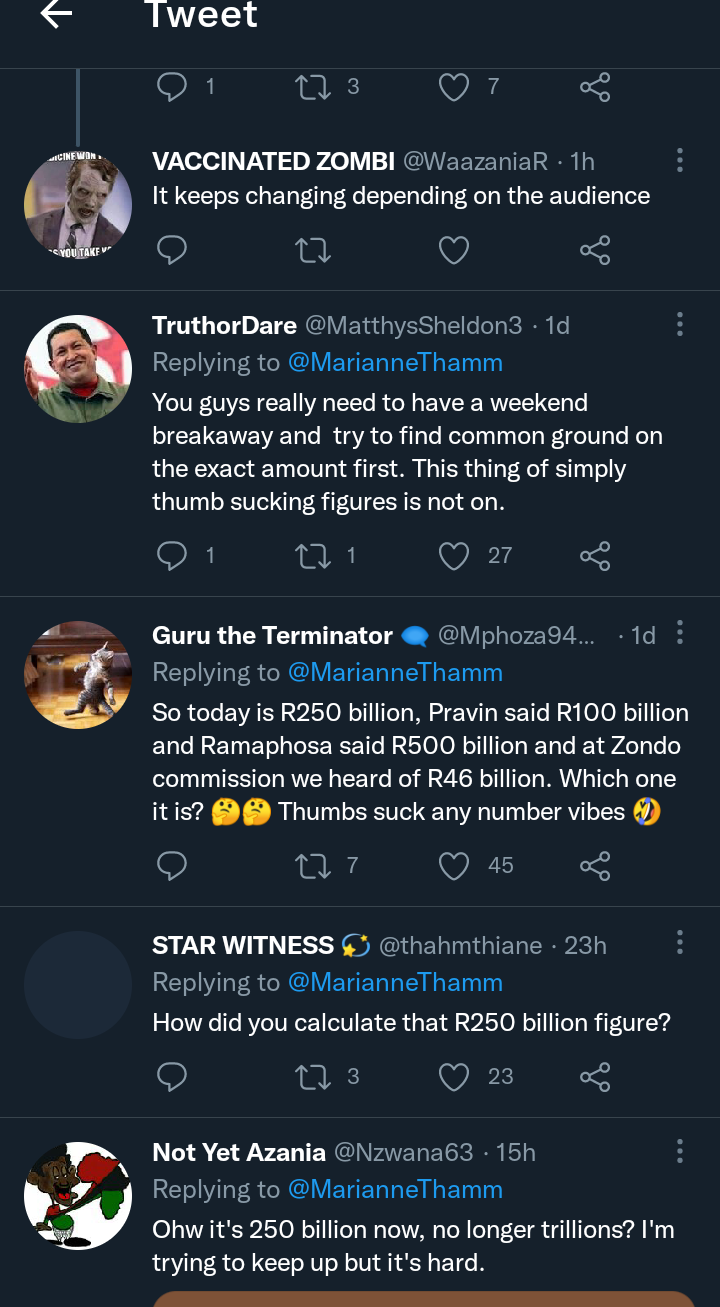 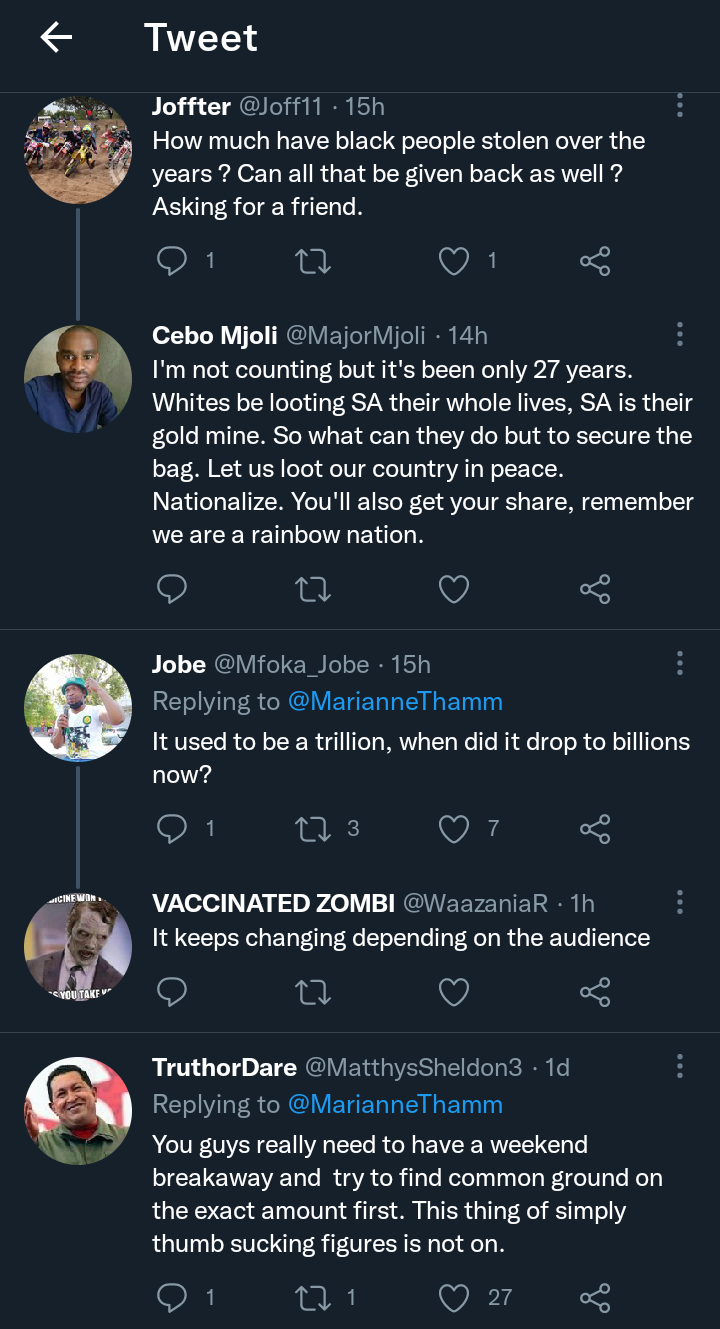 Another South African youth said that this issue must be addressed once and for all. He said, “I'm not counting, but it's been only 27 years. Whites be looting SA their whole lives, SA is their gold mine. So, what can they do but to secure the bag? Let us loot our country in peace. Nationalize. You'll also get your share, remember we are a rainbow nation. How bout you pray for the R500 billion that was stolen from the needy, those who lost their jobs and those who went hungry during a pandemic, that’s a different type of evil”?