Zikalala is in disbelief after a 'top' ANC leader was shot and killed this morning.

A visibly shaken KwaZulu-Natal Premier, Sihle Zikalala, remarked on Thursday that "guns must be silenced in the resolution of political disagreements" in the wake of the terrible death of former ANC provincial assembly member, Zibuse Mlaba, who was shot and killed in a shower of bullets. 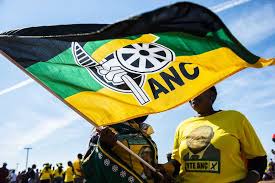 A shopping center in Cato Ridge is believed to have been the scene of Mlaba's murder, which was carried out in Mafia-like fashion, according to reports. Following a police investigation, authorities determined that the murder had been pre-planned and had been motivated by political considerations.

Zikalala waxed lyrical about the significant contribution Mlaba made throughout his political career in the province, stating that when the province was experiencing outbreaks of violence between the ANC and the Inkatha Freedom Party (IFP) in the early 1990s prior to the advent of our democratic dispensation, Mlaba was among those who assisted in bringing the situation under control. Mlaba died in a car accident in the province on March 31.

And his family's association with the ANC came at a high price in 1988, when his brother was slain while watching television in his own house in South Africa. He has unfortunately met the same end in 2021 as well, which is a tragedy. Terrible.

Assuming that Mlaba was killed as a result of his political activism, one cannot completely rule out the possibility that traditional affairs played a role in his death, because, unlike in other provinces, politics and traditional affairs are closely intertwined in KwaZulu-Natal, which makes it difficult to distinguish between the two.

The number of political killings in the country is frightening, and there is already a dialogue going place between civil society organizations and the administration to try to figure out what is causing the situation.