OPINION: If EFCC Could Go After Tinubu When Billions Went To Him, Why Question Its Fairness?

By gisthub (self media writer) | 29 days ago

Mixed reactions trail Social Media following the arrest of Obi Cubana by the Economic Financial Crime Commission, the likes of Deji Adeyanju, a social media activist and Reno Omokri has questioned the credibility and fairness of anti-graft agency.

Both Deji Adeyanju and Reno Omokri could not comprehend why Obi Cubana was arrested by the EFCC and the stalwart of the ruling All Progressive Congress, Bola Ahmed Tinubu popularly referred to as the "Asiwaju of Lagos" isn't apprehended.

Deji Adeyanju went down memory lane and stated how bullion vans ferried billions to Tinubu's house on the eve of the 2019 general elections but the EFCC is still silent about it. 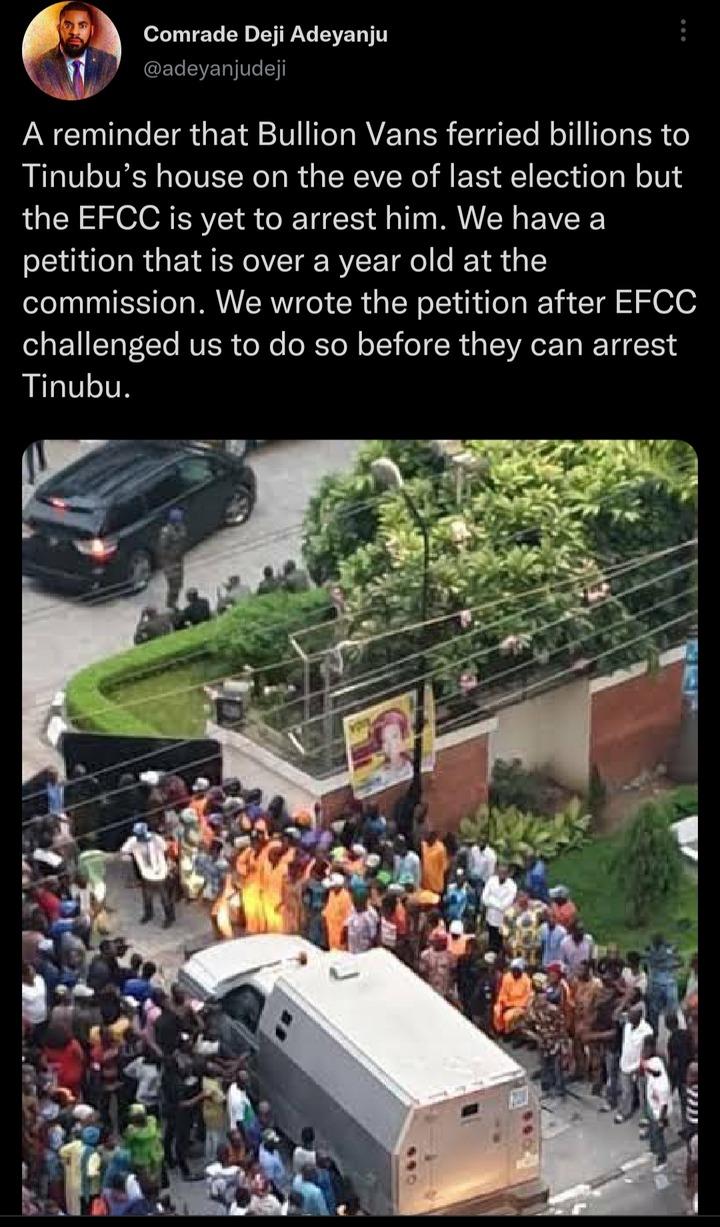 Reno Omokri emphasized the same issue as Deji Adeyanju. Reno Omokri felt that the Anti-graft agency is operating based on double standards and that some people are treated like they are above the law. 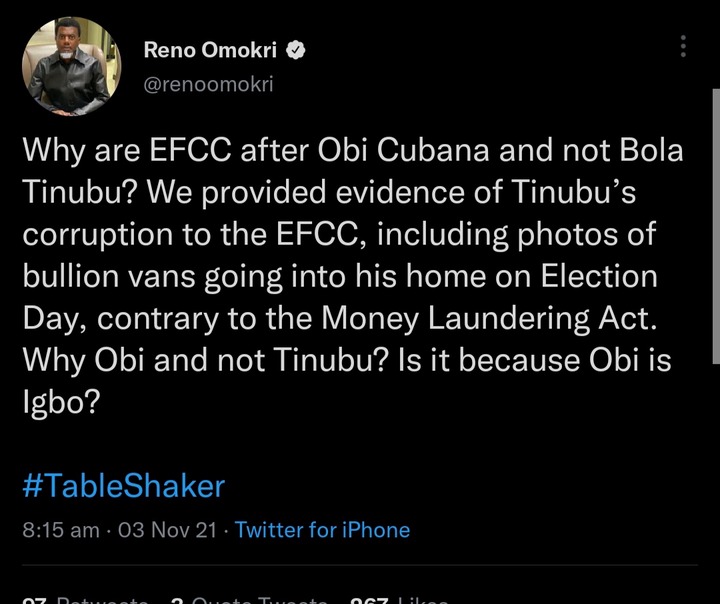 Recall that Peoples Gazette shared a report stating that the EFCC had requested Bola Tinubu's asset declaration documents from the Code of Conduct Bureau in a politically charged investigation that could result in the former Lagos governor and ruling party chieftain being arrested and prosecuted before 2023.

According to a copy of the request obtained by the Gazette, the anti-graft office asked the asset fraud investigation office in November 2020 for details on Tinubu's asset documents as part of an ongoing investigation into the politician. The November 6 request was a follow-up to previous demands regarding Tinubu's asset filings.

Tinubu's spokesman did not respond to calls and messages seeking comment, but two associates working for the former governor told the Gazette that he was aware of the investigation and had already appealed to President Muhammadu Buhari for mercy. 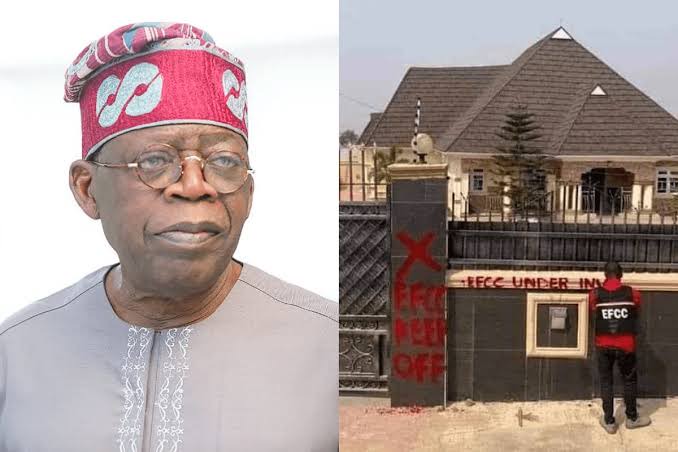 According to a senior EFCC official familiar with Tinubu's investigation, the agency was helped in part by Nigeria's adoption of a financial system based on modern surveillance infrastructure. Mr.

Tinubu was previously charged with asset declaration fraud in 2011, but the case was dismissed because prosecutors were unable to find sufficient evidence to support their claim that he operated foreign bank accounts while governor between 1999 and 2007. 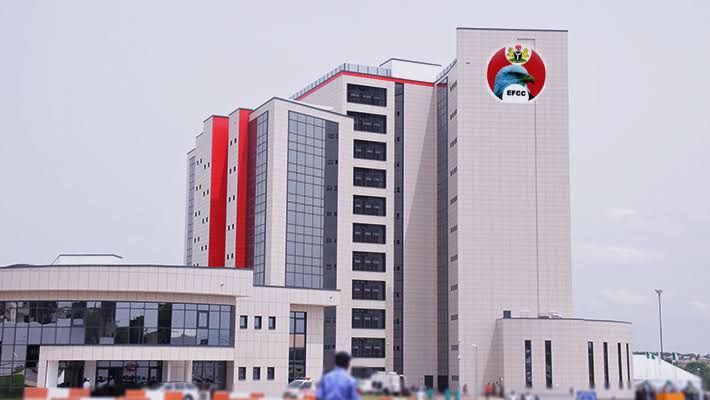 However, the EFCC has discovered new information and believes it will be able to successfully prosecute Tinubu using the same set of asset documents but with advanced layers of verification. Since 2011, Nigeria has used the bank verification number and strengthened its financial intelligence departments. 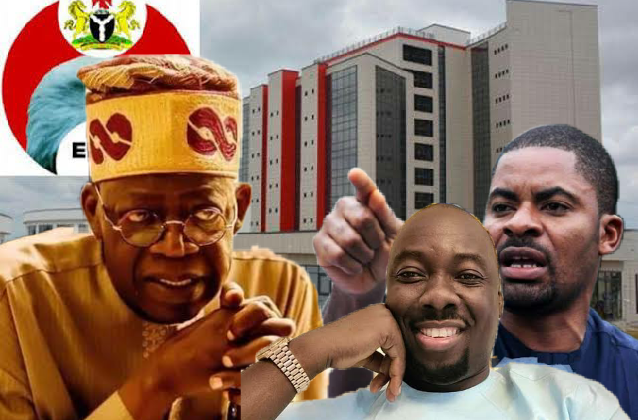 Every organisation operate based on principles and the EFCC could just be working in line with its principles. On several occasions have we seen the EFCC grill people irrespective of their financial status or political influence.

One thing is certain, the EFCC always watch their target with an eagle eye and make their move when they have gotten the information they need. Nobody is above the law, let's just keep our fingers crossed and watch how things unfold at the end.