A member of South Africans First group, Victoria declared that they will deal decisively with anyone or any political party that is sympathizing with Zimbabweans. She declared that since the ANC is being sympathetic of Zimbabweans, they will vote the party out and deal with COSATU for trying to make way for Zimbabweans. She wrote, “Cosatu does not own SA and SAns. Any political party that will try to save Zimbabweans from deportation, will be dealt with decisively. 2024 is just around the corner. We will remove @MYANC from power and dismantle Cosatu. They will #PutSouthAficansFirst like it or not”. Victoria is always in the news of recent because of her xenophobic statements, which foreigners and other human rights groups frown at. Furthermore, she is also calling for the deportation of illegal immigrants in South Africa back to their respective countries. 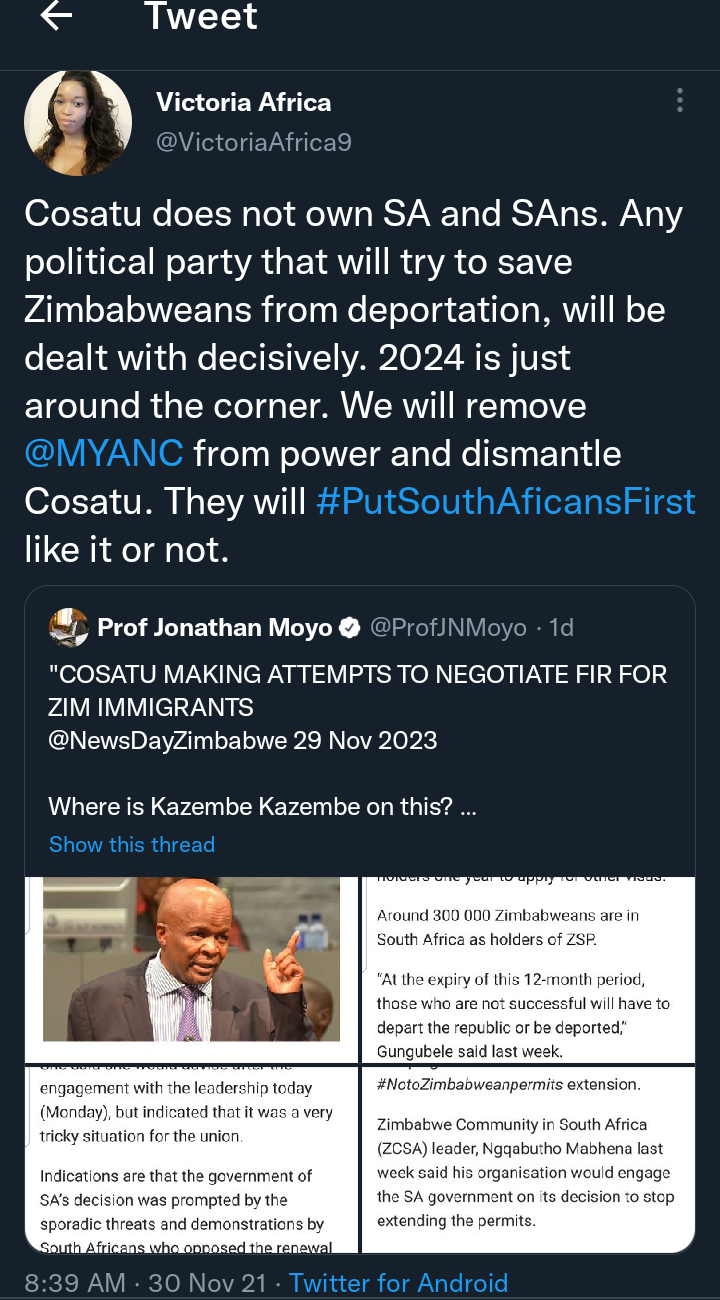 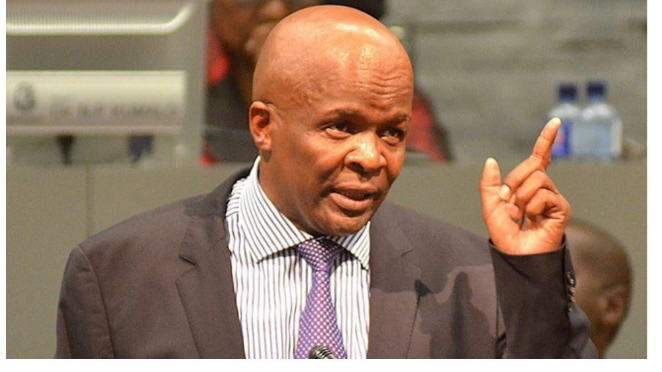 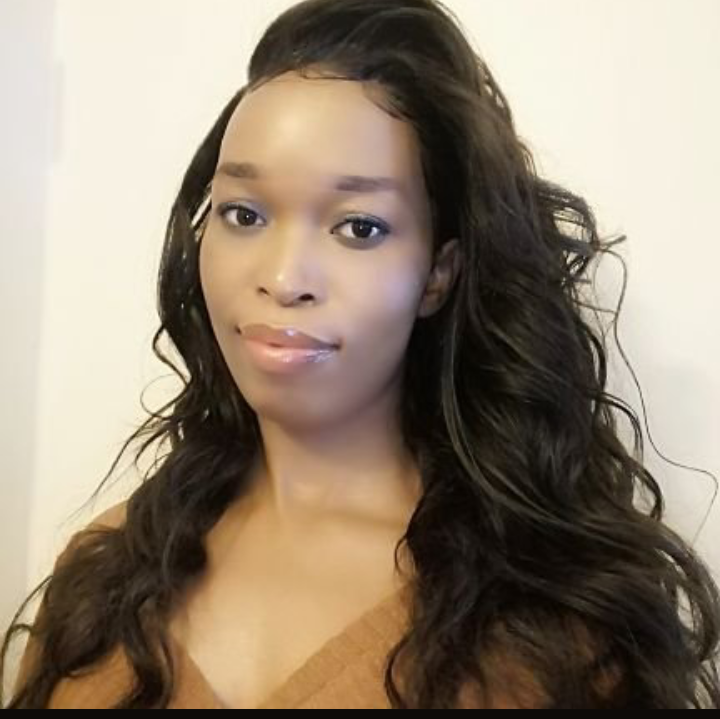 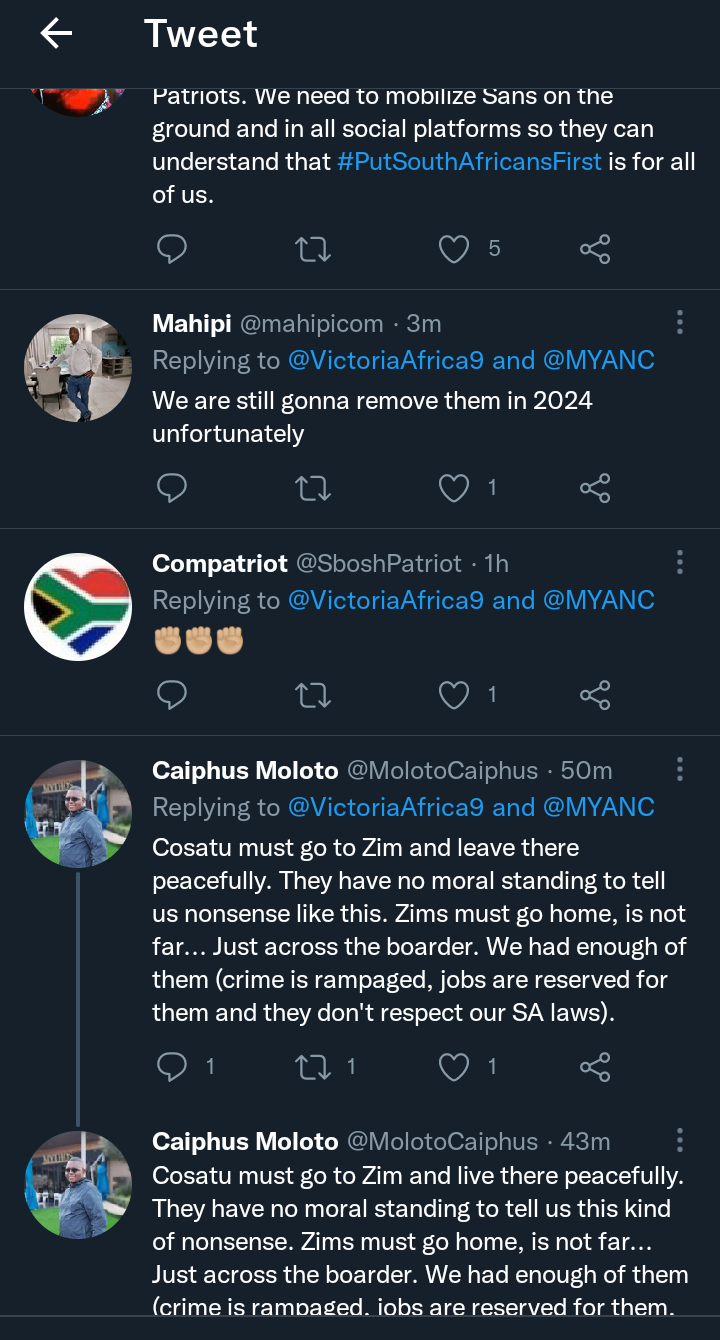 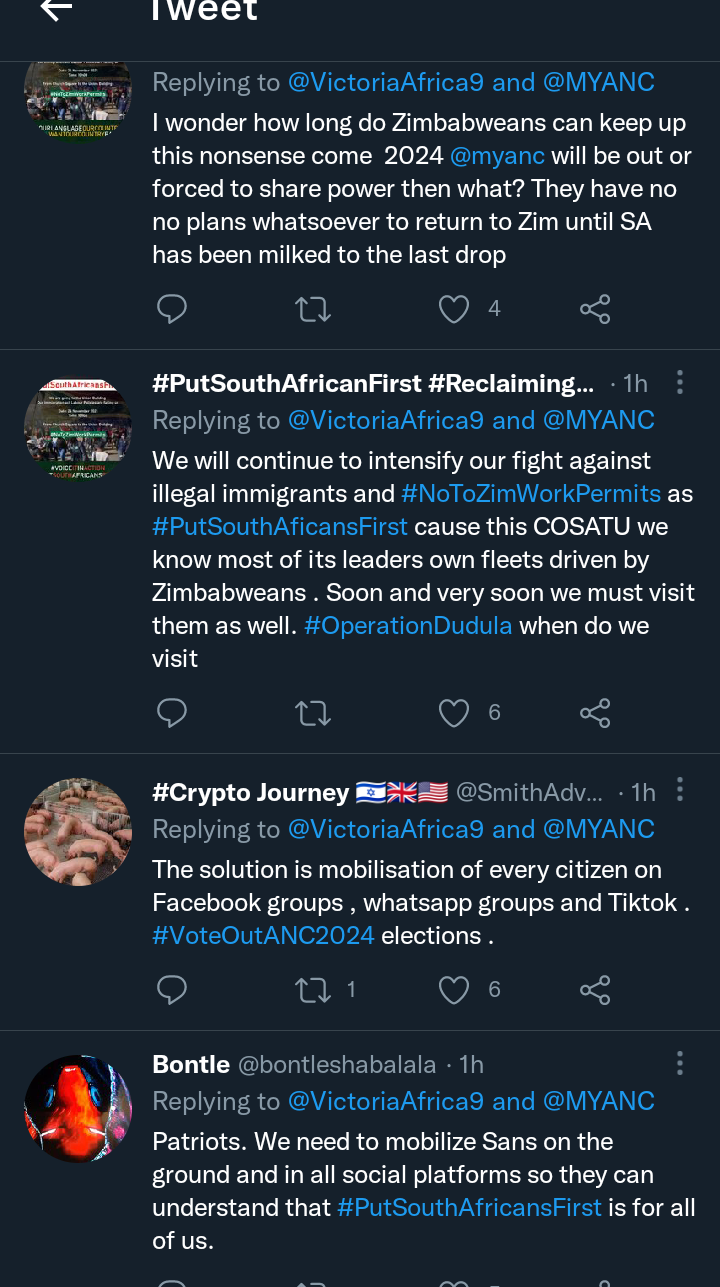 Along with Kwena Molekwa, these two giants are pursuing a course that could lead to the repatriation of illegal immigrants out of South Africa. However, their major setbacks are the fact that not all South Africans support them and furthermore, the government would not easily yield to their agitation. They are also a subject of media attack. Kwena Molekwa for instance, is being threatened with a court action after some Twitter users accused her of using her private account number to solicit for donations for put South Africans First group, a non-governmental organization that is not registered. They alleged she promised to use the money to transport protesters, but many protesters actually came with their money. This is another setback for them. According to a Twitter user, some South Africans prefer to join illegal immigrants and foreigners to fight against South Africans, declaring that it is a shame to fight against a fellow South African because of foreigners and refugees. 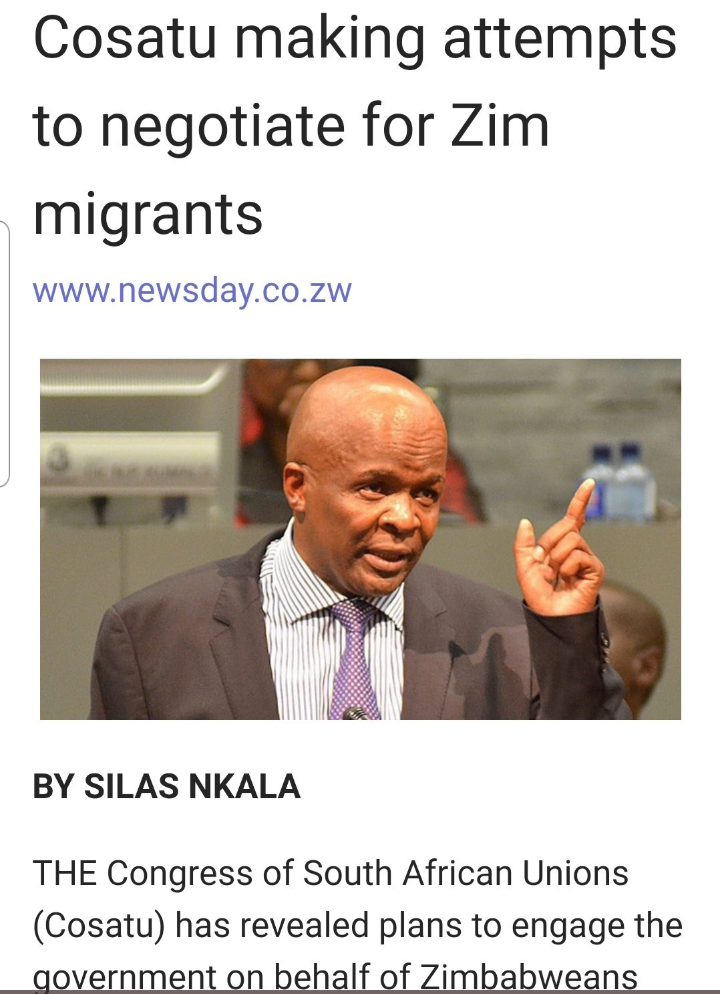 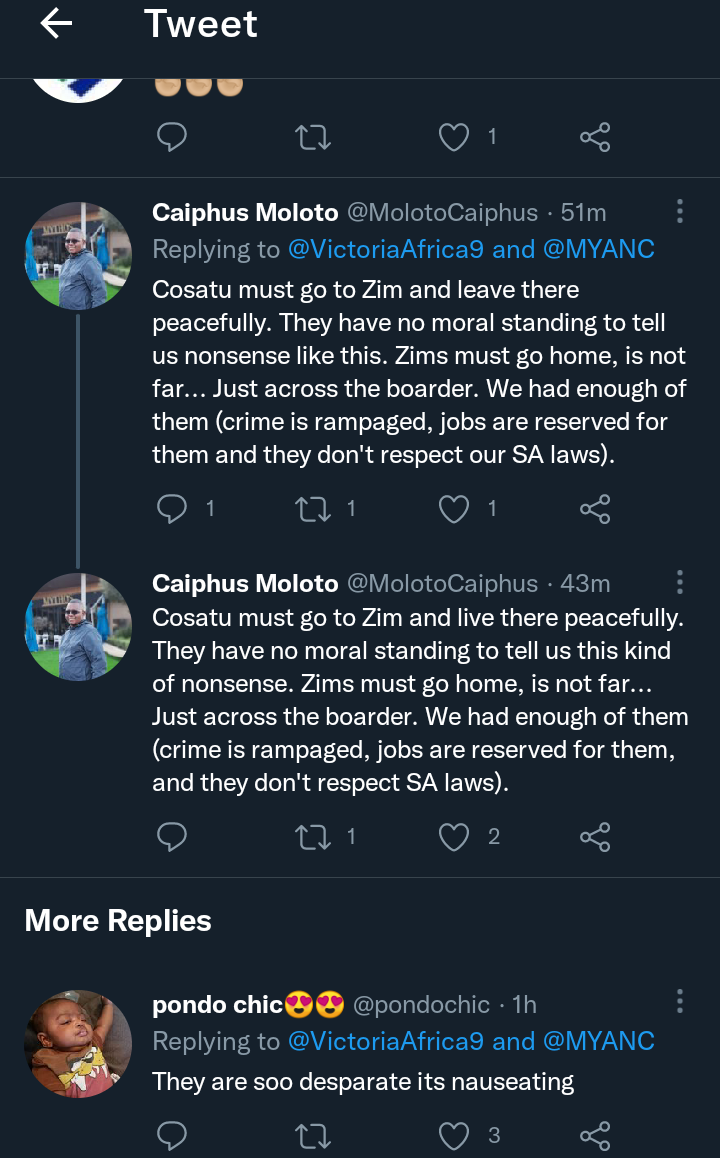 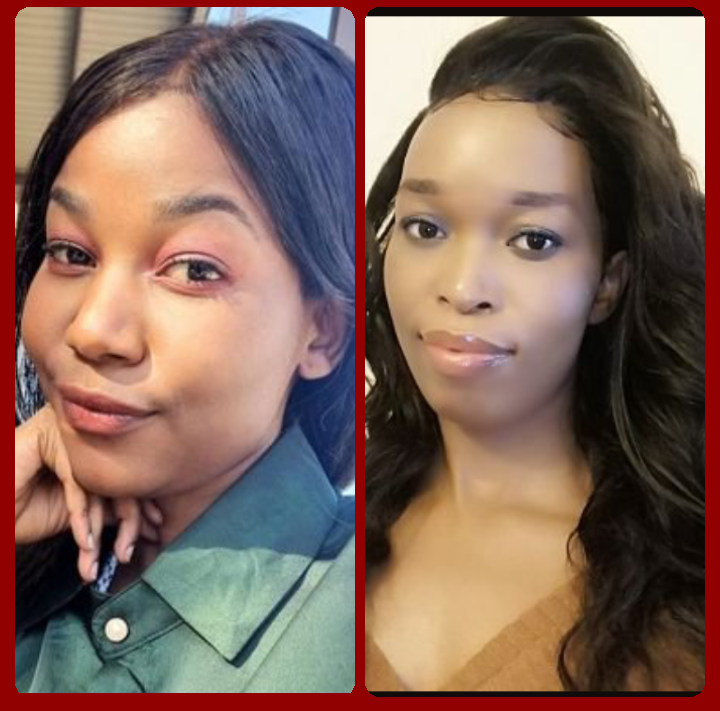 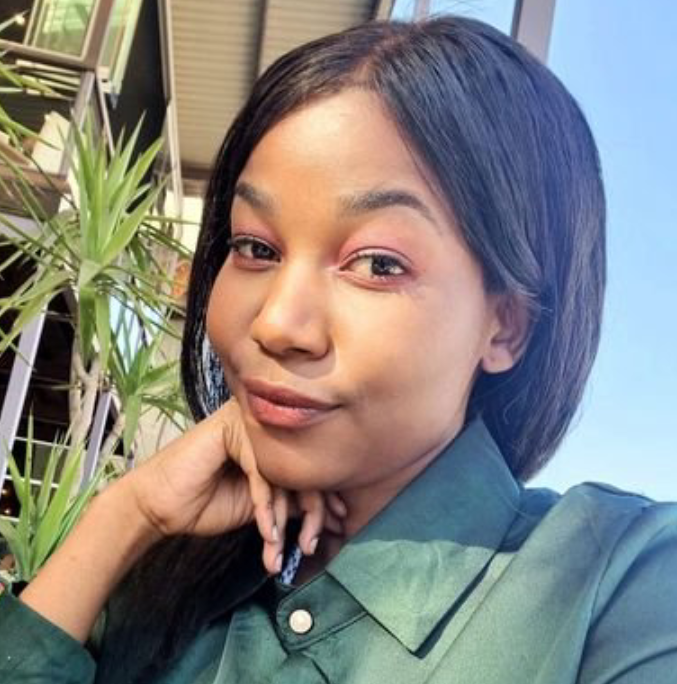 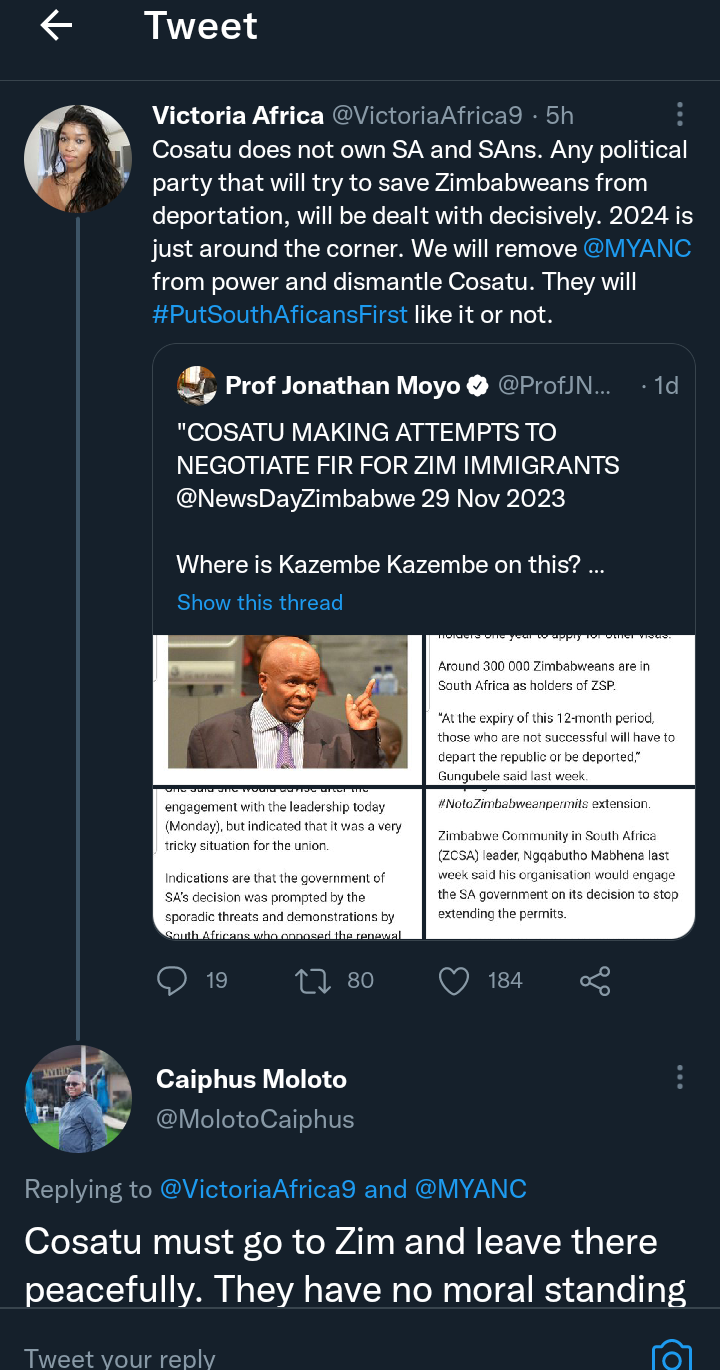 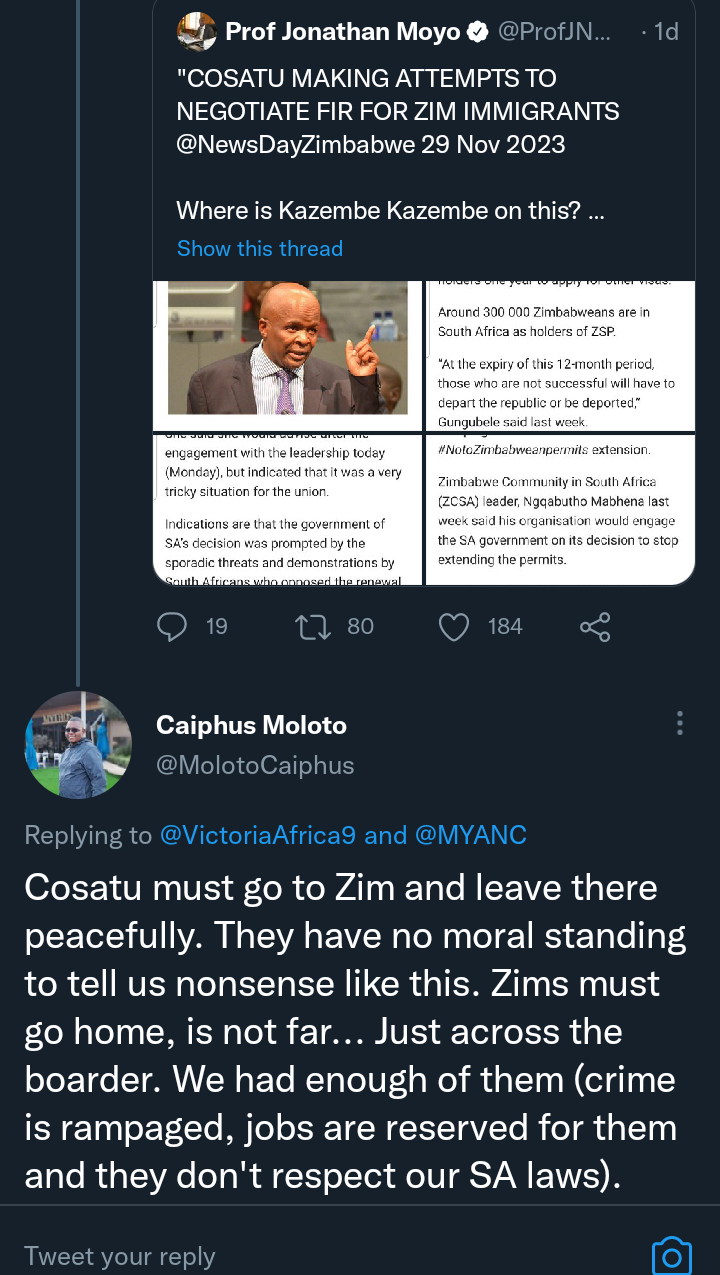 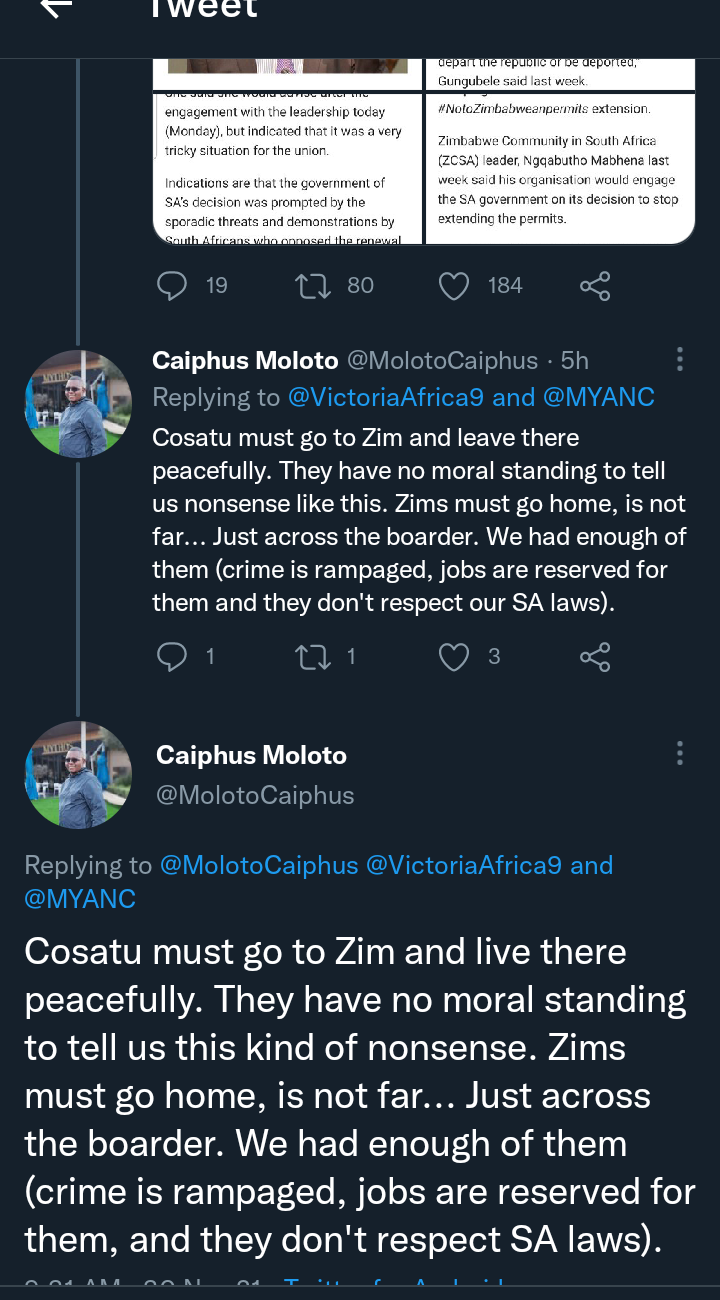