Prince Mangosuthu Buthelezi, the Zulu traditional prime minister has revealed that for the past few days he has been pondering on whether to resign his position. Buthelezi discloses this while speaking to newsmen Durban on Friday. 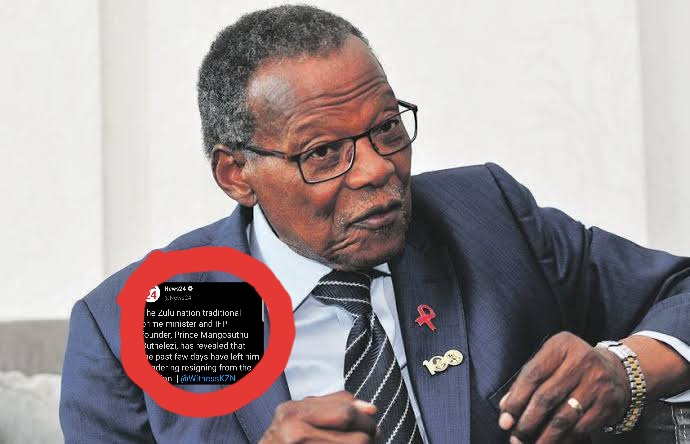 While speaking to newsmen, Buthelezi disclosed that he has been attacked by so many people because of the party’s elections manifesto poster, which bore the face of Zulu King Misuzulu KaZwelithini. The poster which was posted on social media was later removed and the Inkatha Freedom Party apologised to the general public because of that.

News24 confirmed his statement. Taking to Twitter, the news platform wrote, “The Zulu nation traditional prime minister and IFP founder, Prince Mangosuthu Buthelezi, has revealed that the past few days have left him pondering resigning from the position. | @WitnessKZN.” 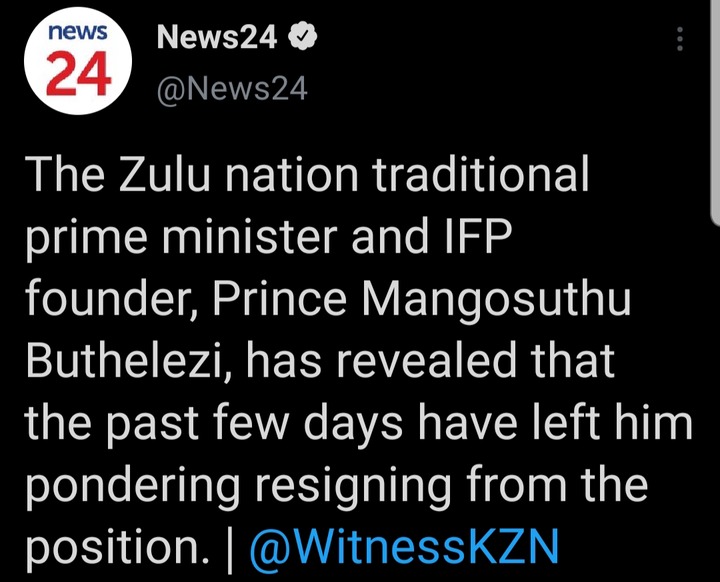 Reacting to this report, someone said that Buthelezi would never think of resigning except death will make him resign. Someone in the comment section also suggested that he would resign and rest because he is old. Check out screenshots of peoples relations below 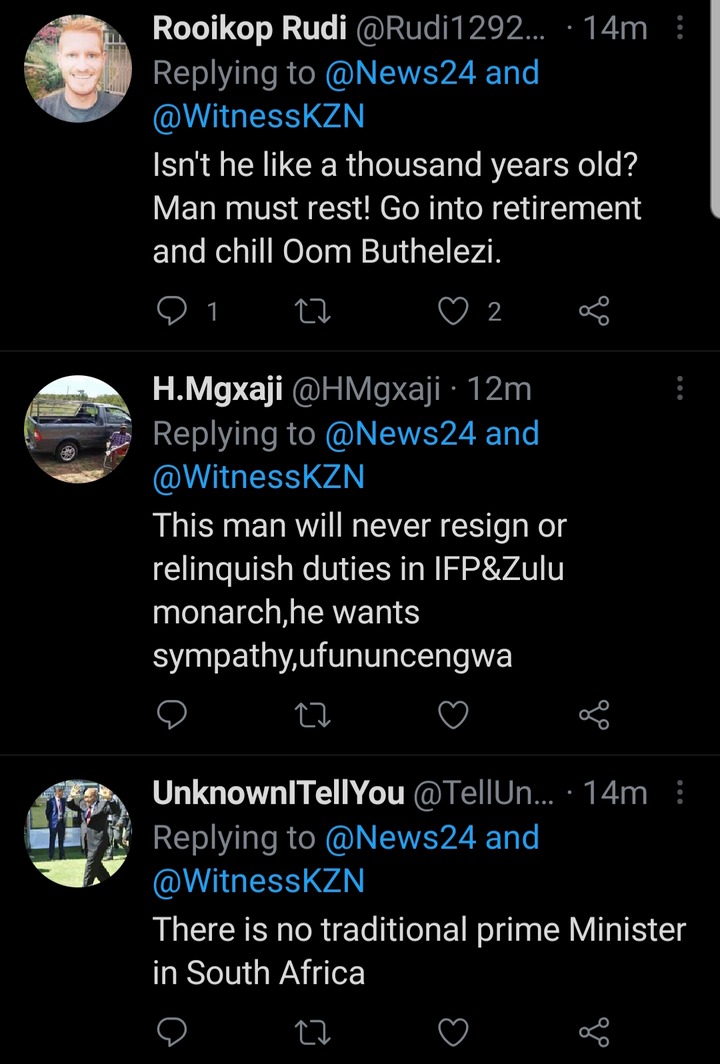 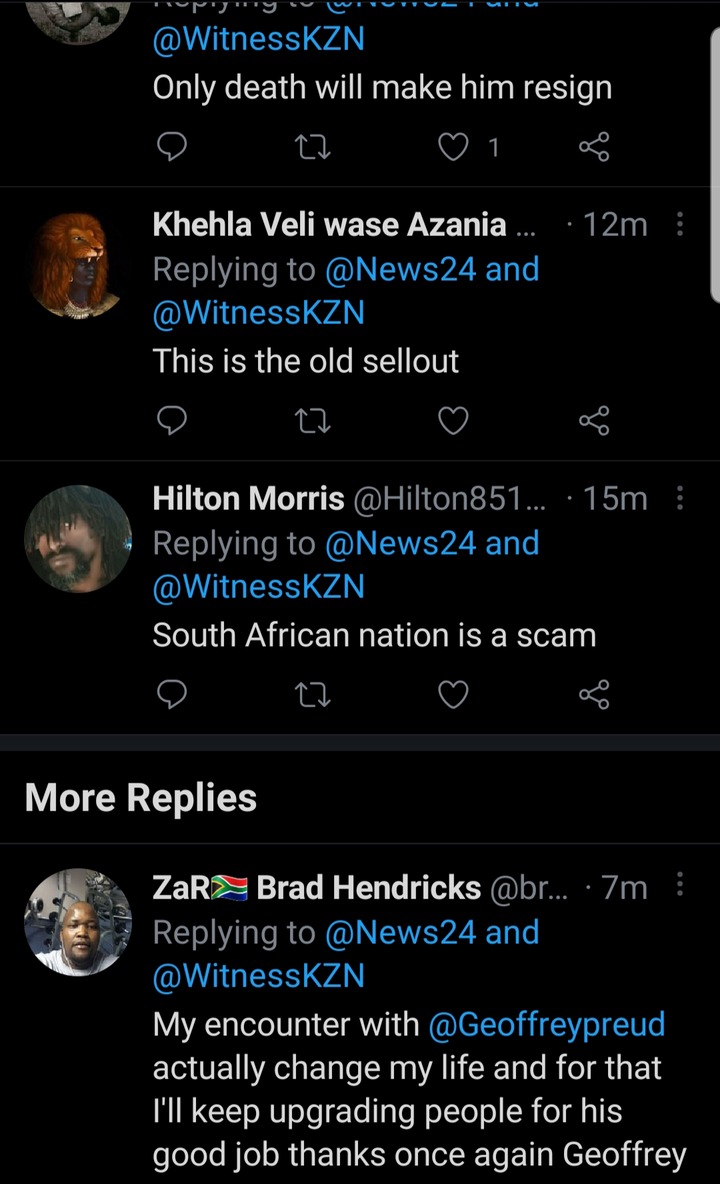