After being the victim of an attempted rape by a guy who is currently a councillor for the City of Cape Town, a former DA member who is now with ActionSA has been battling for justice for seven years. Unathi Lasithi, the alleged offender, is a member of the DA and a member of mayor Geordin Hill-Lewis' staff. Late last year, Zintle Khobeni wrote a scathing letter to Albert Fritz, the former Western Cape DA leader. Nothing came of it, and four months later Fritz found himself in the middle of his own sex scandal.

The event allegedly happened when she was working for Doctors Without Borders (MSF) in Johannesburg as a fund-raiser, according to the letter obtained by Weekend Argus. She was moved from Johannesburg to Cape Town in 2015, and that's when the alleged event happened. "I was viciously raped on February 14, 2015, and it was immediately following this heinous crime that MSF, under the capable leadership of my then boss, offered me the chance to move away from Johannesburg and to join the team in Cape Town," she added. 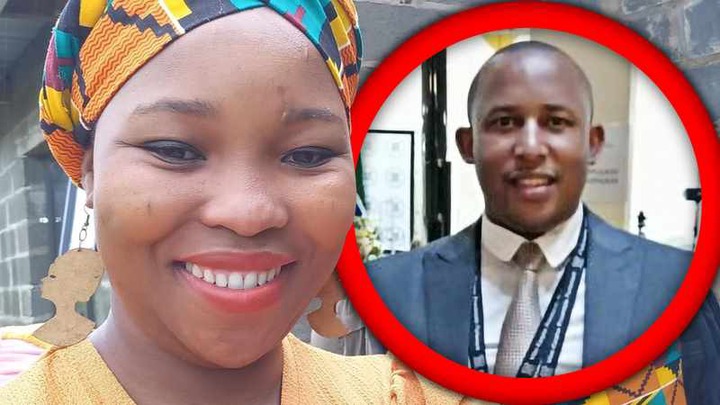 She said that MSF had temporarily reserved a room for her at the Green Elephant Backpackers in Observatory for her upon her arrival. "I shared a home with around six European vacationers. Since we got along well, we decided to explore Cape Town together," she stated. At MSF, Lasithi was the team leader and in a position of power. On June 26, 2015, we first spoke.

He picked me up in the morning, and on June 27 we travelled to work together, she claimed. Lasithi went out with Khobeni and her tourist pals on Long Street that Saturday night. They all went back to the hostel, where they carried on drinking in Khobeni's room. Khobeni claimed that she dozed off. "Unathi pulled up (my) skirt and tried to force himself on me in the wee hours of the morning while I was still sleeping.

I fought him off while yelling for assistance, but no one came. “ The door was locked when I tried to rush to open it. He was able to push me back into the bed, and when he saw that I was resisting him well, he leaped off of the bed and off of me. Then, she remarked, "I could tell that he didn't truly have his pants on." The issue was brought to the mayor's attention last month, according to Mayor Hill-Lewis.

He told Weekend Argus, "Another councillor alerted me about this situation dating back to May 26, 2015." Since it is an old matter, he stated, "I was given the SAPS case number (and) I have tried to check with SAPS what is happening with the case, but I have not heard back as of yet." Hill-Lewis added that he had also forwarded the issue to the provincial executive committee of the DA for review. DA regional director Jaco Londt stated, "We have been made aware of the charges. "The council member vehemently refutes all of the accusations.

After contacting the appropriate authorities, we were unable to get any additional information that would have justified taking further action. The party made the tagging committee aware of the situation, and they created a watching brief. No more action is needed at this time pending more details, he said. According to police, the situation is being looked into. According to spokesperson Sergeant Wesley Twigg, "the sexual assault case is currently under investigation." Lasithi refuted the claims and declared: "There is simply no truth to the claims, and I will give the authorities my complete assistance.

At this time, nothing more to say. According to a letter obtained by the Weekend Argus, Khobeni's fiancé Jacques de Lange, a six-year DA member, was kicked out of the party last week. My fiancé was recently let go from his job, Khobeni added. They simply made up allegations, such as that he failed to disclose that I have joined ActionSA. For joining in a NPO that fights against GBV without telling them and for printing work documents on the home laptop and printer, she claimed. This did not matter, according to Khobeni, while she was an EFF member. Social media was flooded with images. No complaints were made, she claimed.